PA was diagnosed with cancer weeks after her wedding

A newlywed was diagnosed with breast cancer just six weeks after she married her first ever Tinder date on April Fool’s Day.

Yasmin Kidwai Coop, 45, a personal assistant, and cameraman Jason Coop, 46, tied the knot on April 1, 2017 – three years to the day after they were matched on the dating app.

Yet just weeks after the couple’s luxury honeymoon, Ms Coop, from Kingston, south-west London, found a lump in her right breast while showering.

She said: ‘We just wanted to be like any other normal married couple, but instead I was facing a cancer battle as a newlywed. We hadn’t even really had a chance [to] start our married life’.

After enduring weeks of grueling radiotherapy and medication to control the cancer, Ms Coop has been given the all clear. She now wishes to raise awareness of the condition, which affects one in eight women in the UK at some point in their lives, to help other sufferers.

She said: ‘I want to talk openly about what’s happened to me so other people are checking themselves and keeping an eye on their own health.’ 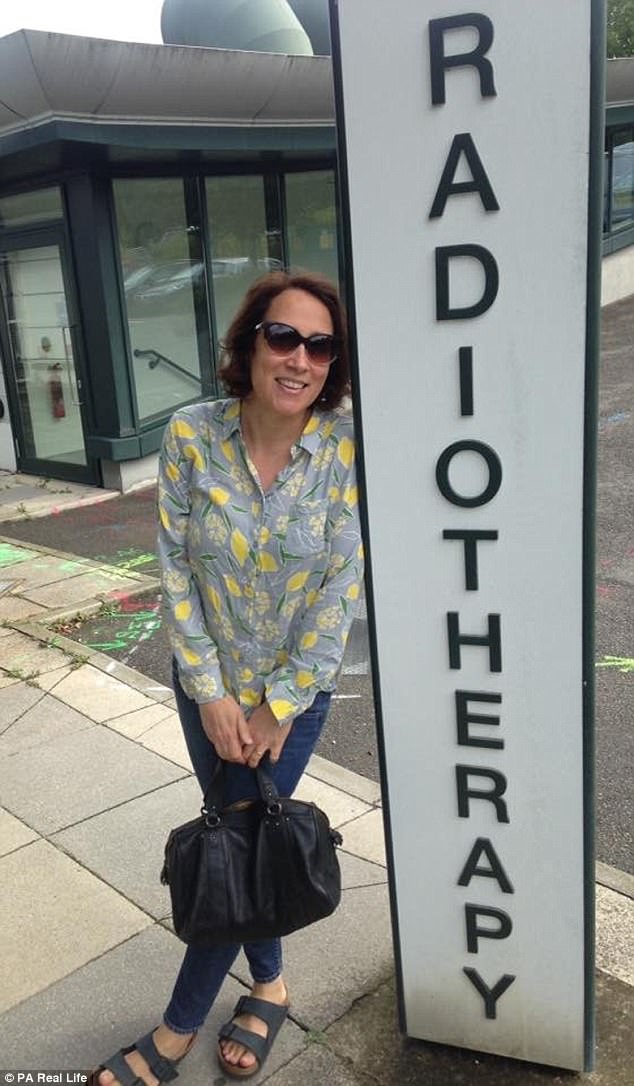 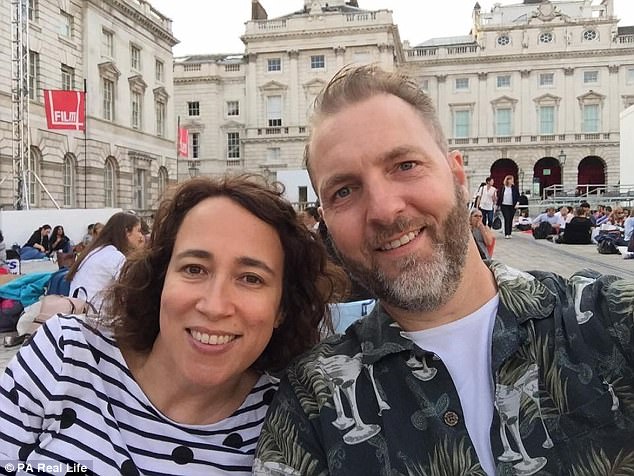 WHAT IS BREAST CANCER?

Breast cancer is the most common form of the disease in the UK.

Symptoms include a lump or area of thickened tissue in the breast.

Other signs may include a change in the size or shape of the breasts; nipple discharge; a lump or swelling in the armpits; dimpling on the skin; a rash in or around the nipple; and a change in the nipple’s appearance.

Breast cancer is more common in older people, as well as those with a family history of the condition.

Obesity and excessive alcohol intake are also linked to the disease.

Treatment includes a combination of surgery, radiotherapy and chemotherapy.

‘We hadn’t had a chance to start married life’

A few weeks after the couple’s three-day honeymoon in a luxurious shepherd’s hut in Somerset, Ms Coop found a lump in her right breast.

She said: ‘It was pea-sized, but because I had just been on my period, I put it down to swelling and decided I’d go to the doctor if it didn’t go away.’

Two weeks later, the lump had not reduced, therefore Ms Coop visited her doctor who referred her for a mammogram at Kingston Hospital.

She said: ‘After the scan, the doctors said they weren’t worried about my right breast, but had found some unusual lumps on my left side, so sent me for a biopsy.

‘Just a week later I was called back in and told I had stage two breast cancer. We had only just got married six weeks earlier. We hadn’t even really had a chance [to] start our married life, only for me to be diagnosed with cancer.’

After being referred to The Royal Marsden Hospital in Sutton, Ms Coop had the tumour removed, as well as five weeks of radiotherapy, before taking medication that prevents cancerous cell growth.

She said: ‘Doctors told me they had got rid of all the cancer, which was a massive relief. Now I just want to get on with married life.

‘We just wanted to be like any other normal married couple, but instead I was facing a cancer battle as a newlywed.

‘I found the lump and had my husband at my side throughout. We are hoping the next six months of marriage will be a bit less eventful than the first six.’

Ms Coop is now keen to raise awareness of the condition, saying, ‘I want to talk openly about what’s happened to me so other people are checking themselves and keeping an eye on their own health.’ 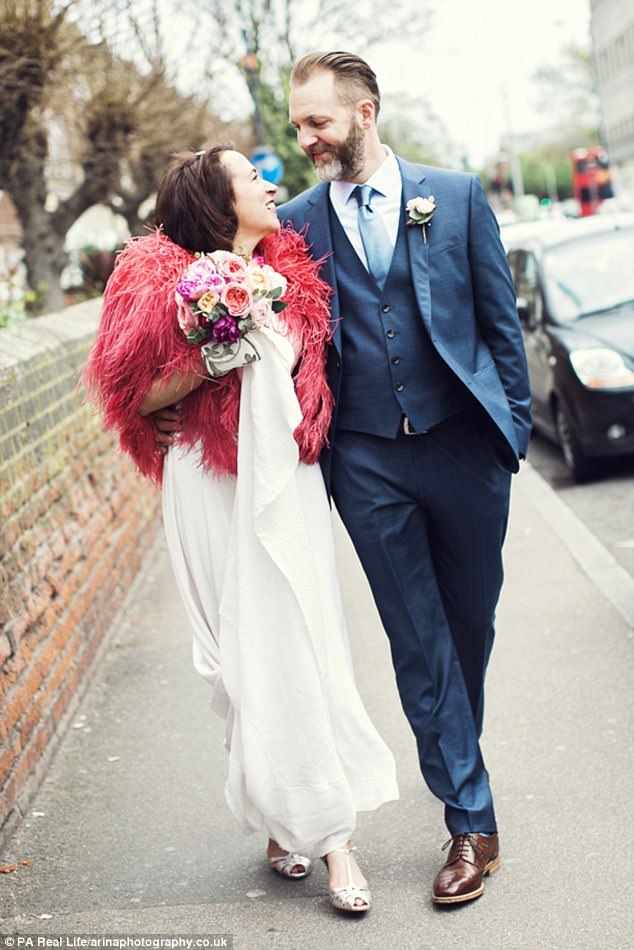 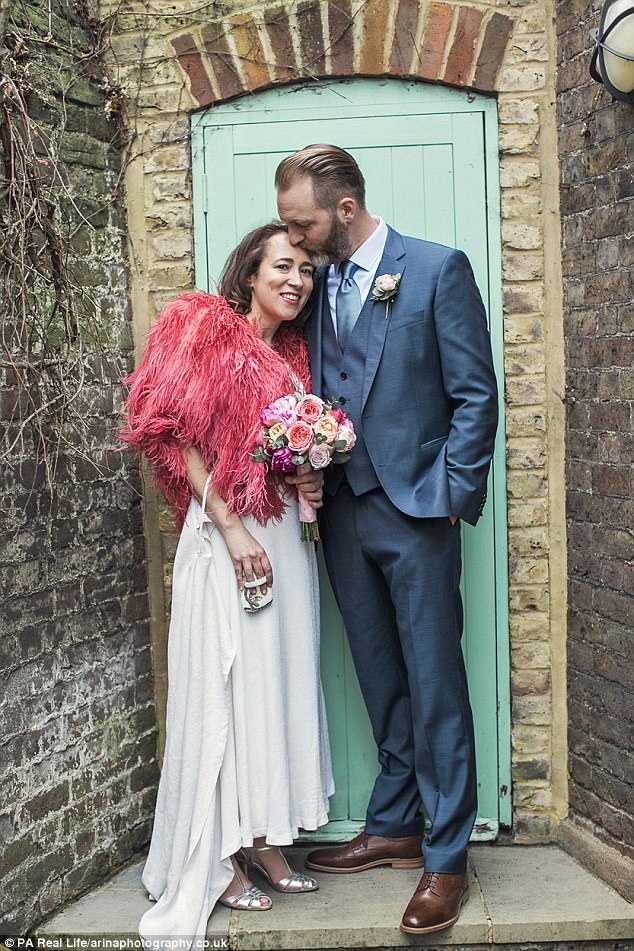 Mr Coop unconventionally proposed to his later bride over the phone 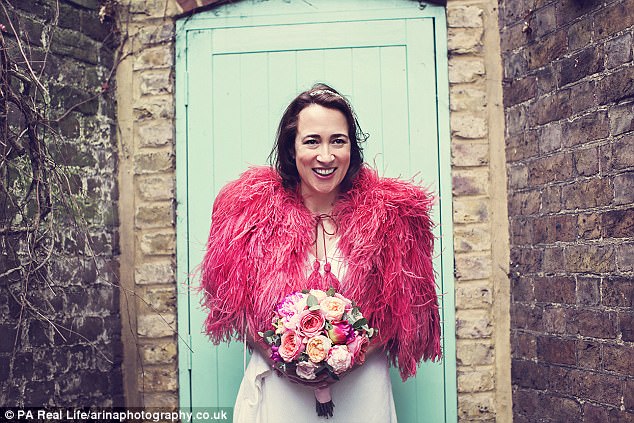 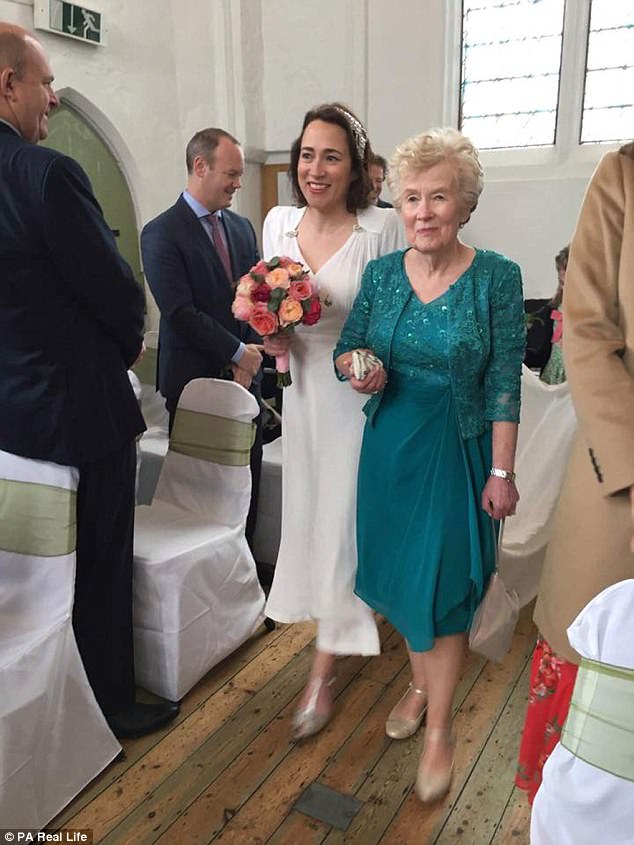 ‘I knew it wasn’t going to be a traditional wedding’

Ms Coop, who lost her father, Shaukat Kidwai, aged just 67, in 2008, after an 18-month battle with pancreatic cancer, tied the knot when her then-boyfriend proposed over the phone.

She said: ‘It was November 2016 and I knew our three year anniversary was coming up.

‘I was in the car one morning and called Jason. I just said, “Our anniversary is on a Saturday next year – so if we are going to get married, that might be a good date”.

‘I left it with Jason and he called up Lovekyn Chapel, the only remaining free-standing chantry chapel in England, which we loved.

‘He booked it for April 1. We knew not many people would want to wed on April Fool’s Day.’

She said: ‘I asked my mum, Margaret, to do the honours, but I knew very well it wasn’t going to be a traditional wedding.

‘We planned a day which was very collaborative, where our friends and family brought food, my good friend gave Jason a designer suit, as she works in the fashion business, and my dress was from a vintage shop.

‘I had flower girls, Jason’s niece and two goddaughters, and we had his nephew and my godson as our pageboys.’

Although Ms Coop thoroughly enjoyed the day, she felt the absence of her father.

She said: ‘All my dad ever wanted was to see me settle down and be looked after. I wish he had met Jason, so the day was bitter sweet, but also perfect.’ 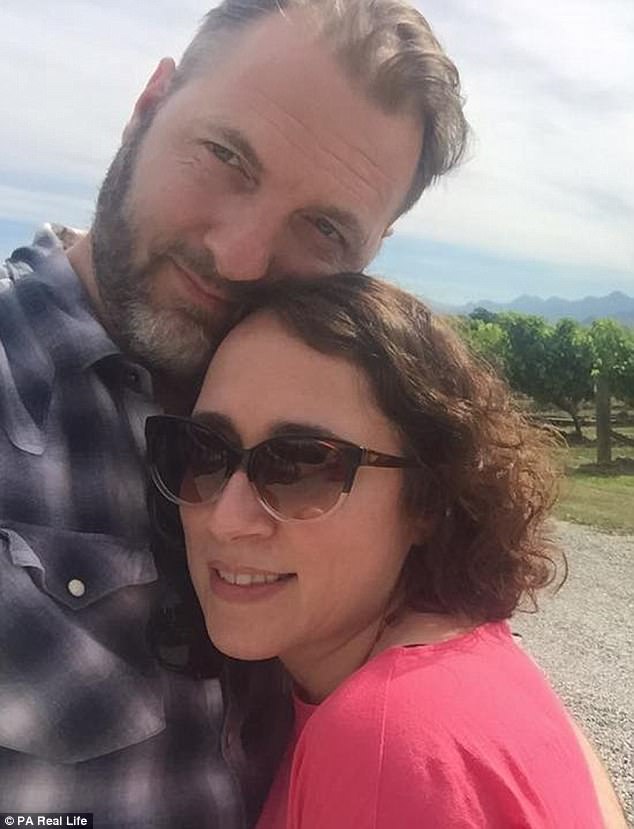 Although Ms Coop thoroughly enjoyed her wedding, she felt the absence of her father 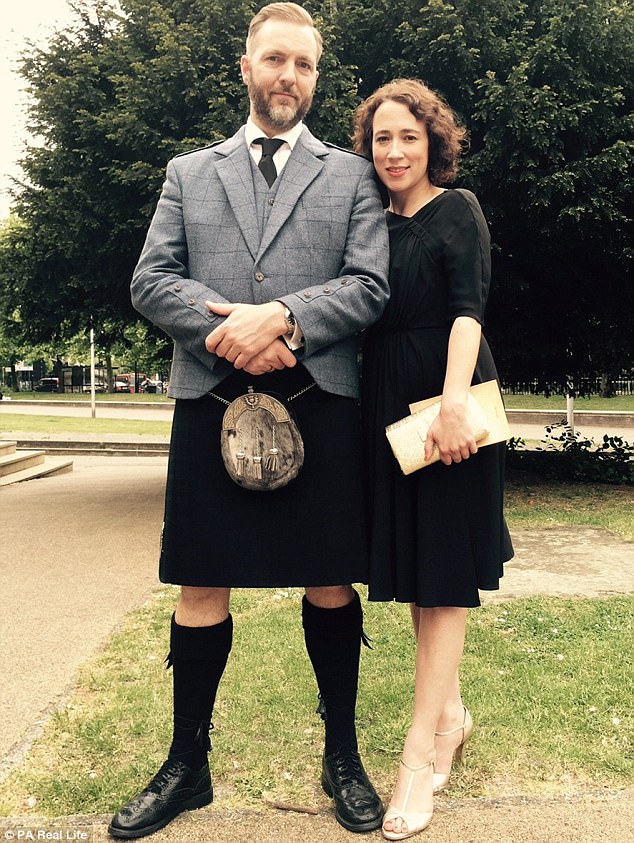 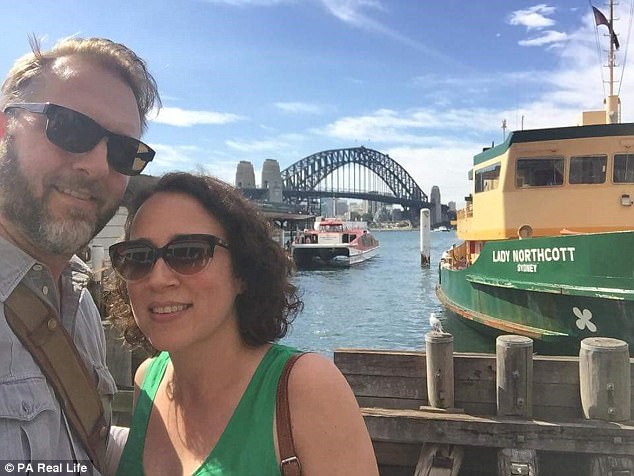 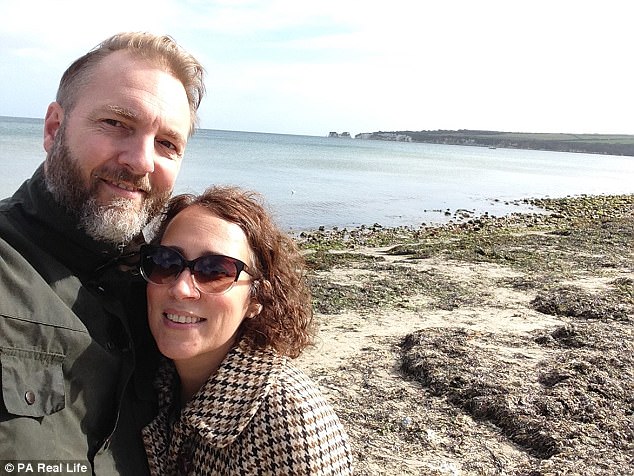