Pacific Islands could soon be added to trans-Tasman travel bubble

Cooped up Australians could soon be able to head to take a South Pacific tropical island getaway without hotel quarantine to look forward to afterwards.

Prime Minister Scott Morrison is in New Zealand holding talks with Kiwi leader Jacinda Ardern about expanding the trans-Tasman travel bubble to include the likes of Fiji, Vanuatu, the Solomon Islands, Tonga, and East Timor.

Australia’s borders were slammed shut in March last year, but last month Australia and New Zealand declared travellers would once again be permitted to travel freely between the two closely-aligned nations.

Cooped up Australians could soon be able to jump on a plane and head to the South Pacific for a tropical getaway without having to undergo hotel quarantine. Pictured: A passenger at Sydney Airport on March 20, 2020 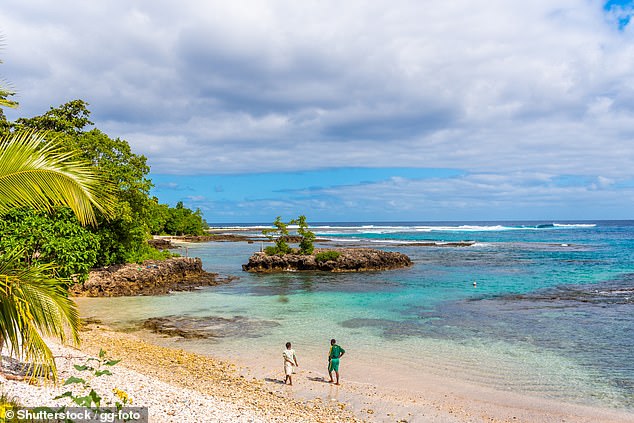 Pictured: A couple talk a walk along a sandy beach on Tanna Island, Vanuatu

Formal dialogue is scheduled to go ahead on Monday where both leaders are expected to hammer out the details of quarantine-free travel arrangements to other South Pacific countries.

‘We are supporting our Pacific family and the idea of a bubble that goes beyond New Zealand and Australia is a real possibility,’ Mr Morrison said.

Any travel bubble extension will be welcomed new to Australian travellers after the federal government announced during the federal budget that international borders are expected to remain closed until mid-2022.

Jacinda Ardern welcomed her Australian counterpart to the ski-city of Queenstown with the traditional hongi greeting.

Mr Morrison and his wife Jenny were treated to a powhiri, a welcoming ceremony, at Queenstown’s Rees Hotel after arriving in the city on Sunday afternoon.

It was the first face-to-face meeting since February 2020, before the pandemic took hold in Australian and New Zealand. 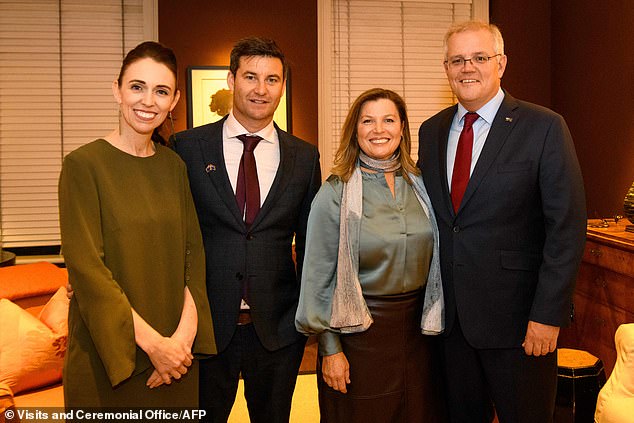 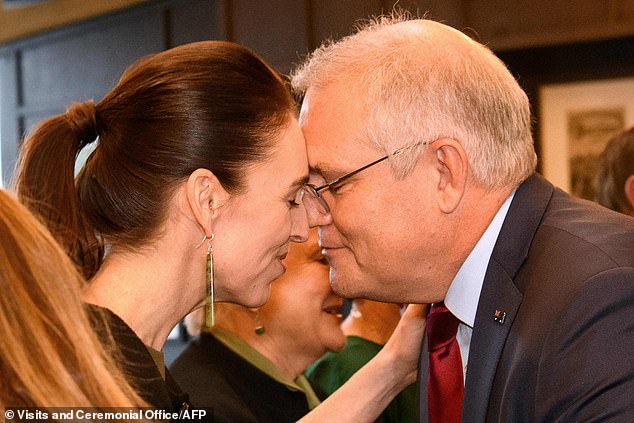 After shaking hands, Ms Ardern and Mr Morrison leaned in to press their noses against each other, a Maori tradition which symbolises ‘sharing the breath of life’.

Queenstown is playing host to the annual Australia-New Zealand Leaders Forum, with Ms Ardern choosing the South Island ski town to highlight the best in Kiwi tourism to Australians.

The opening of the trans-Tasman bubble last month means Aotearoa (the Maori name for New Zealand) is the only international destination that Australians can visit with ease during the pandemic.

Mr Morrison lauded its opening, and the reconnections it has allowed.

‘Quarantine-free travel not only means the Prime Minister and I can hold our annual talks in person, it highlights that our travel bubble is seeing friends and family reunite across the ditch,’ he said.

The Australian leader reflected on the journey of both nations since the devastating outbreak began. 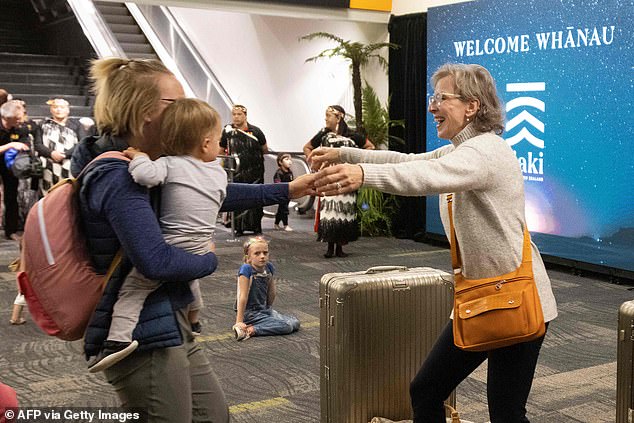 Australia’s borders were slammed shut in March last year in a bid to stop the spread of coronavirus, but last month Australia and New Zealand declared travellers would once again be permitted to travel freely between the two closely aligned nations 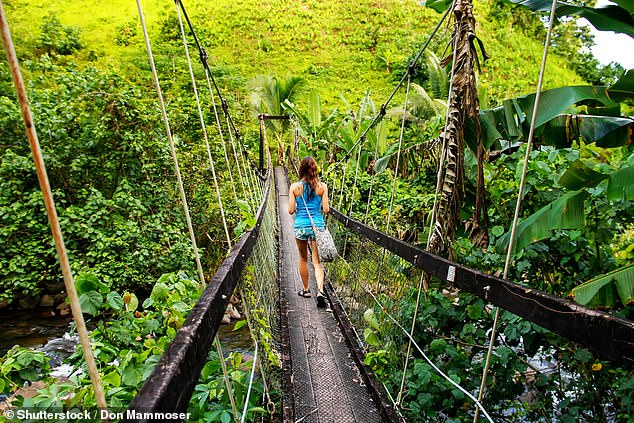 Pictured: A young woman walks across a suspension bridge over the Wainibau stream at the  Lavena Coastal Walk on Taveuni Island, Fiji

While it remains a mystery as to which nation could join the trans-Tasman bubble, Mr Morrison said Fiji, Vanuatu, the Solomon Islands, Tonga and East Timor are destinations Australia has been working closely on.

Also on the agenda at tomorrow’s meeting is ongoing tension over China.

The communist state slapped more than $20 billion in tariffs on Australian exports after the Morrison Government called for an independent inquiry into the origins of Covid-19.

‘There are the regional security issues for a free and open Indo-Pacific, we’re Five Eyes partners, we’re part of ANZUS, we’ve been alongside each other in favouring a world that favours freedom for a very long time,’ Mr Morrison said.

Although Ms Ardern described Australia as ‘family’ she said ‘we won’t always see every issue in the same way and we often will see and do things differently, and not just on the cricket pitch,’ she said. 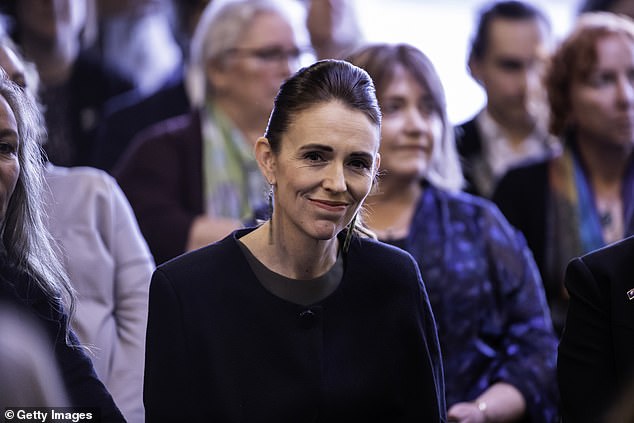