Packers star Aaron Rodgers hints he WILL play on in NFL, but opens door to potential Green Bay exit

‘Is that Green Bay or somewhere else? I’m not sure’: Aaron Rodgers hints he WILL play on in the NFL after setting his sights on being crowned MVP again… but the QB admits he could leave the Packers after their failure to reach this season’s playoffs

By Oliver Salt For Dailymail.Com

Aaron Rodgers has suggested he is not ready to call time on his pro football career – but refused to rule out a potential Green Bay Packers departure.

Rodgers’ future in the NFL is uncertain after Green Bay failed to qualify for this year’s playoffs, sparking fears he could walk away from the sport at the age of 39.

Yet during an appearance on the Pat McAfee show, the Packers quarterback hinted that he could play on with a new team next season.

‘Do I still think I can play? Of course,’ he said. ‘Can I play at a high level? Yeah. The highest. I think I can win MVP again in the right situation. 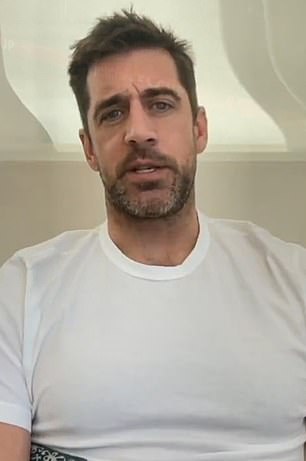 ‘The right situation… is that Green Bay or somewhere else? I’m not sure, but I don’t think you should shut down any opportunity.

‘And like I said during the season, it’s gotta be both sides actually wanting to work together moving forward and I think there’s more conversations to be had.

‘I think no player wants to be part of any type of rebuild, I said that years ago. Reloads are a lot of fun because you feel like you’re close, you’re only a couple of guys away.

‘This game is about relationships, it’s about the players you play with and count on, even if they maybe don’t show up huge in the stat book – a guy like Marcedes Lewis, he’s an important cog in the wheel of the locker room and the momentum of the team.

‘It’s a guy I want to finish my career with. If I’m playing I want that guy next to me.’

Rodgers, who was crowned the NFL’s MVP for the second consecutive season in 2021, has spent his entire 18-year career with Green Bay, 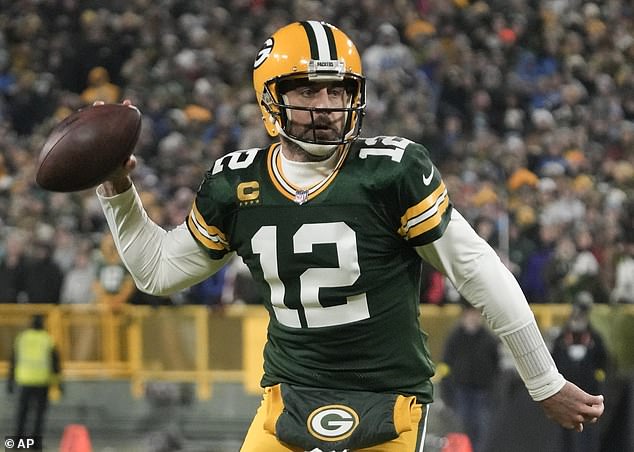 He put pen to paper on a three-year contract extension worth $150million in 2022, having flirted with a potential exit beforehand, yet the Packers’ poor season has already thrown his future into doubt once again.

The four-time MVP hardly resembled a man who plans to stick around next season after their closing defeat against the Detroit Lions, which handed them a final record of 8-9 – especially when he refused to swap shirts with Jameson Williams.

Williams was caught on camera postgame asking Rodgers if he can have his jersey, to which the Packers quarterback said: ‘I gotta hold on to this one.’

After admitting Green Bay chiefs are not pushing him for an answer – and that he is not ‘mentally or emotionally ready’ to give them one – Rodgers continued: ‘Look, I think you have a feeling where you are leaning, but there’s a lot of things that come into play. 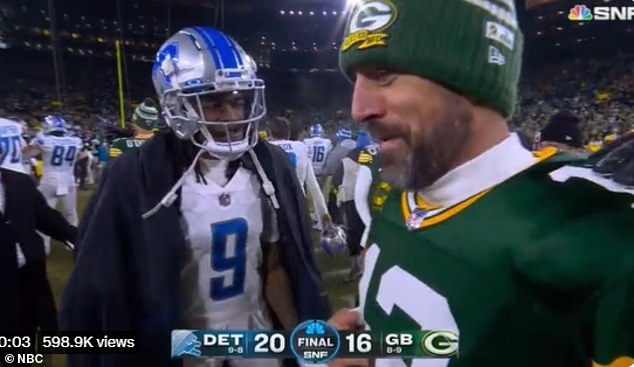 Jameson Williams approached him after the Detroit Lions’ win over Green Bay earlier this month and asked for his jersey, only to be told by the quarterback: ‘I gotta hold on to this one.’

‘Once you commit, then you commit. You move forward, whatever the decision is, so you know, I just need some time right now. I don’t need to ask anybody to respect my time or whatever. That’s going to be the answer until I’m ready, and when I’m ready to give my opinion like I was last year, I’m either all in or I’m out.’