If this isn’t social distancing, what is? Paddle-boarding DOCTOR is slapped with a $1,652 fine by water police for breaching COVID-19 restrictions

A doctor who went out paddle boarding over the Easter Long weekend was fined by police for breaching COVID-19 social distancing laws.

Water police escorted the man back to shore after catching him out on the water off Elwood Beach in Melbourne’s south east just after 5pm on Easter Monday, reported the Herald Sun.

He was fined $1,652 for breaching stay at home directives by authorities patrolling the area.

A witness said officers pulled out all the stops to have him dragged out of the water.

Water police escorted the man back to shore after catching him out on the water off Elwood Beach in Melbourne’s suburbs after 5pm on Easter Monday, reported the Herald Sun

‘When he got to about 400m out from the Brighton side, down near the marina, a police boat with its lights flashing screamed into the water,’ the witness said.

After a brief conversation with the paddle-boarder, authorities followed the man back to shore, to ensure he followed their directives.

The witness said they were astounded someone could be fined for a seemingly innocent form of exercise.

‘Everyone paddle boards – I paddle board. This is the first time I’ve seen something like this happen. I was paddle-boarding last week,’ he said.

The witness said the man was a local doctor, and wouldn’t have walked more than 200 metres from his home to get to the beach for the exercise.

‘Restrictions that they have in place seem to be very draconian. I understand if someone is driving from another suburb but if you’re a local walking 200m to the water and you’re not interacting with anyone because you can’t – you’re out on the water on your own – I see no problem with it whatsoever,’ he said.

Beaches remain open for exercise or to be used as a thoroughfare. 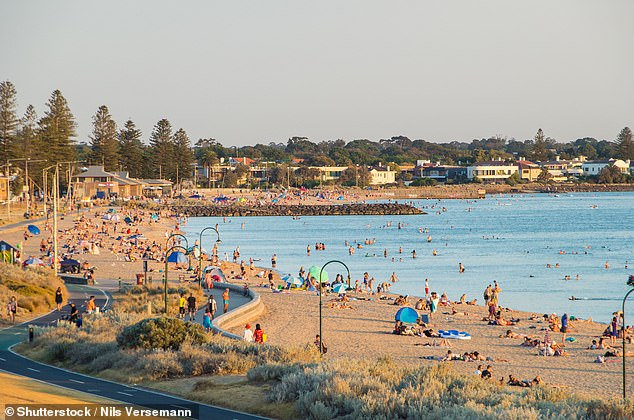 The Victorian government closed all boat ramps, piers, jetties and other marine infrastructure to boating and fishing on Wednesday April 8.

Information on the ‘Better Boating Victoria website’ said as part of the changes it was decided ‘recreational boating and fishing’ was not considered ‘permitted exercise’.

‘Anyone who chooses to head out on the water is putting themselves and others at risk.

‘There are a lot of sacrifices we need to make and going boating and fishing is one of them,’ 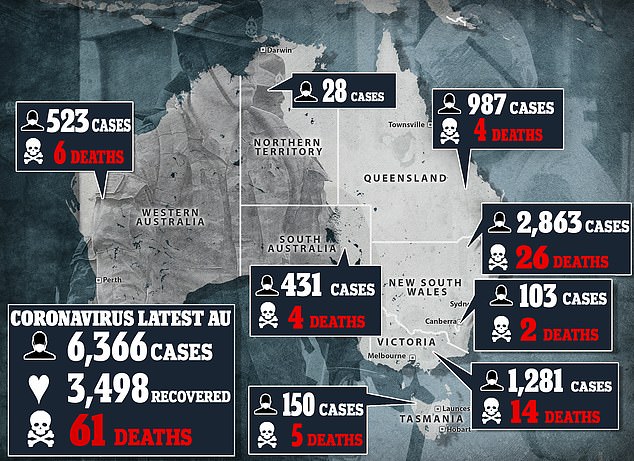