Two brothers had no idea they were both paedophiles until police raided their home, a court has heard.

Nathan William Parry, 23, and Blake Norman Parry, 19, lived together at a property in Gladstone, in Queensland in 2018.

Both brothers had been seriously bullied at school but were now in steady relationships.

Blake was a young father and had a steady job in the fast food industry and Nathan worked in a hardware store, The Gladstone Observer reported.

But unknown to each other, they both harboured a vile predilection for viewing sickening child pornography.

Blake had a particularly disturbing preference for little girls aged under 12.

The brothers were only caught after an undercover officer approached Blake on a Russian image-sharing website.

He had 198 images stored on his devices and had viewed child pornography that same morning.

After he was interviewed by police, Blake said he was fascinated by the material.

When police interviewed Nathan, he said he ‘got a rush from viewing something he should not have been viewing.’ 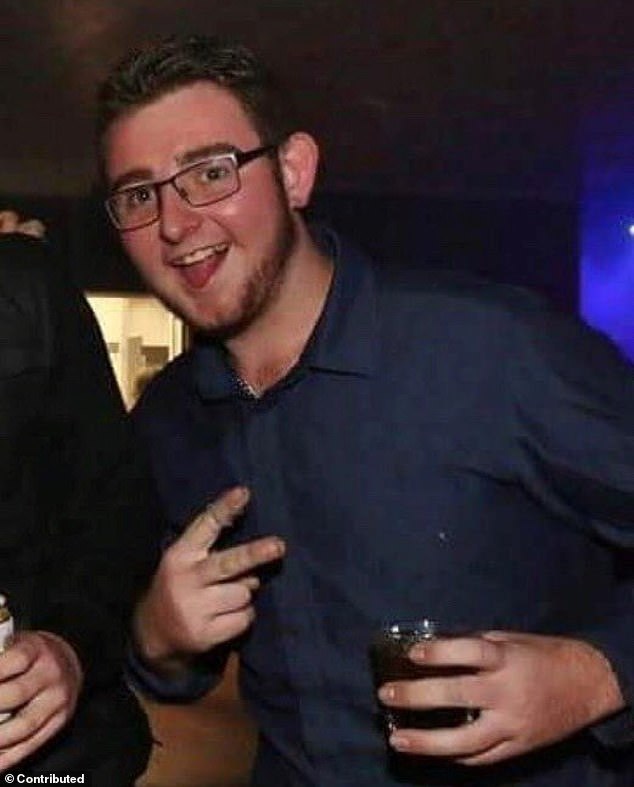 When police searched the brothers’ home, they found Nathan Parry (pictured had 198 images of child pornography stored on his devices

He added that Blake suffered mental health issues and Nathan had autism.

Judge Vicki Loury said both men had brought ‘shame’ and ‘grief’ to their families and chastised them for fuelling an ‘evil  industry’ that ‘depraved’ children.

Blake was sentenced to two years in jail wholly suspended for two years.

He was ordered by the judge to complete two years’ probation.

Nathan was sentenced to 18 months jail with immediate release on good behaviour and 12 months jail wholly suspended for two years for both of his charges.

He is required to participate in a sex offenders program.

Both of the brothers had their child pornography convictions recorded.