Paedophile has sentence jail reduced because he has autism

An Adelaide man who was a VIP member of a child pornography website run by notorious paedophile Shannon McCoole has had his jail sentence slashed after a court found it ‘manifestly excessive’.

But because it was his first offence, and because he has autism, the convicted paedophile’s sentence was on Monday cut to just four years, starting when he was first taken into custody in December 2015.

‘The sentence imposed is so far outside the range of available sentences that there must have been an error,’ Justice David Lovell said in his reasons published online.

‘In my view the sentence imposed is too far above the prevailing standard to be regarded as a proper sentence for the conduct which is to be punished.’

The panel of judges at the South Australian Court of Criminal Appeal found Cecchin’s 1996 diagnosis of Autism meant it was ‘likely he would benefit from a longer than usual period on parole’.

He was given a reduced non-parole period of two years and three months meaning he can walk free as early as March 2018.

Cecchin wrote in his letter it was ‘powerful’ to see children react ‘positively’ to sexual acts performed on them by an adult, the Adelaide Advertiser reported at the time.

The letter, which was read to the District Court on Wednesday, also detailed Cecchin’s claim he was only interested in photos where children can be seen ‘giggling and laughing’.

When the Adelaide man appeared at the District Court in June ahead of his sentencing, he claimed he had been assaulted by other prisoners the month before.

The judge rebuffed his claims, saying Cecchin’s injuries consisted simply of bruises on his arms and legs.

Cecchin told the court early in his trial he had been given the nickname ‘Kinder Surprise’ during an ongoing relationship with an American site user who he claimed had groomed him for deviant sex. 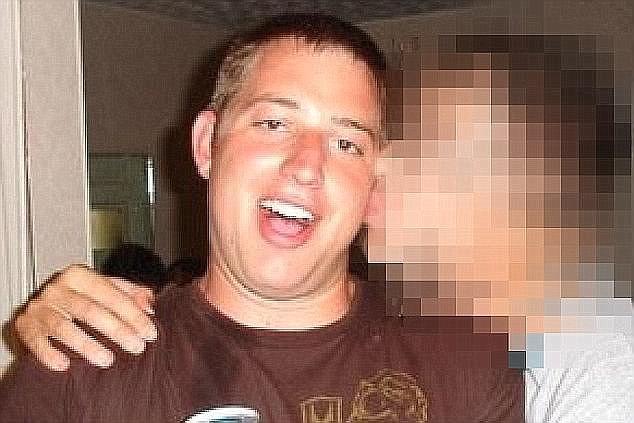 Shannon McCoole, a former Families SA carer, was found guilty in 2015 of abusing children and running a child pornography website

‘Sometimes, when I came online, he would call me Kinder Surprise… he later gave me access to an account on [McCoole’s site] and the username was Kinder Surprise.’

Shannon McCoole, a former Families SA carer, was found guilty in 2015 of abusing children and running a child pornography website. He was jailed for up to 35 years.

McCoole abused children as young as 18 months old, who were under his care, and at the time of his arrest police found over 53,000 indecent images and videos on his computer.