Paedophile posed as child on Instagram to groom 45 girls

Carpet salesman Stephen Jardine, 28, from Thornaby in North Yorkshire, pretended to be a 17-year-old girl and an 18 year-old boy to lure girls on the social media site

A convicted paedophile posed as a teenager to incite up to 45 girls as young as 10 into sending indecent pictures to him – despite his internet ban.

Carpet salesman Stephen Jardine, 28, from Thornaby in North Yorkshire, pretended to be a 17-year-old girl and an 18 year-old boy to lure girls on the social media site.

Jardine was already a registered sex offender who had been banned last year from using the internet and contacting children after convictions for making child abuse images.

He also had a secret family in a relationship hidden from his police watchers but the mother of his baby died.

Prosecutor Richard Bennett told Teesside Crown Court that Jardine’s Instagram activities were exposed by a distressed 13-year-old girl in West Yorkshire who reported him to a police inspector visiting her school.

She handed over her phone and in one message he said that he wanted to have sex with her.

Crime analysts were able to trace Jardine to his home in Thornaby, North Yorkshire.

Police arrested him there at 5.50am on May 17 and found a number of electronic devices in his wardrobe.

He had 902 contacts on one Instagram account, many of young girls, inciting them to commit sexual offences.

They included a 10 year-old and an 11 year-old. He also had child abuse images on a tablet computer.

Mr Bennett said: ‘He said that he had created two Instagram accounts to find girls for his own sexual gratification.

‘He said that he had contact with 45 young girls.’

Mr Bennett said that on May 15 Jardine was in contact on Facebook-owned Instagram with a 10-year-old girl who he attempted to incite into sexual activity.

Two days later another girl contacted him telling him ‘to stop being a creep to my little sister asking her to take her clothes off’.

Jardine made similar approaches to 11-year-old girl twins which were rebuffed, but he threatened another girl that he would post her earlier replies to sexual questions if she ‘blocked’ his future contacts.

Andrew Turton, defending, said that it was incitement over the internet rather than grooming for a meeting.

Judge Peter Armstrong said: ‘These were attempts or incitement. You were attempting effectively to blackmail or frighten them to comply with your requests.

‘These young girls were clearly frightened, and fortunately one young girl had the sense to come forward and report your activities to the police.’ 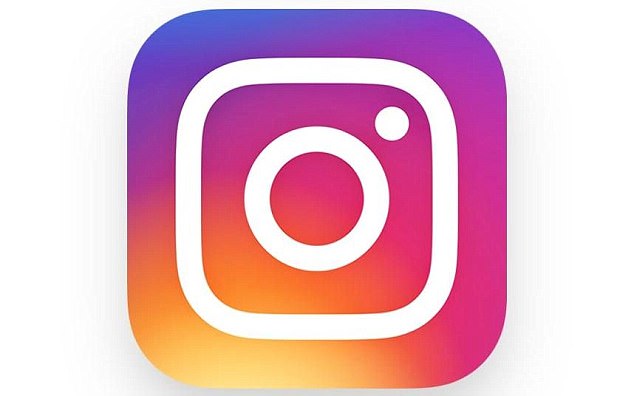 He had 902 contacts on one Instagram account, many of young girls, inciting them to commit sexual offences

Jardine was jailed for three years, banned from contact with children, and ordered to register as a sex offender for life.

He pleaded guilty to two sets of offences of breaching a previous sexual harm prevention order and notification requirements, possessing indecent images of children and inciting or attempting to cause sexual activity with a child under 13 and under 16.

An NSPCC spokesman said: ‘Jardine was a predatory paedophile who used Instagram to target vulnerable young victims and we hope all those who suffered get the support they need.

‘It’s far too easy for adults to contact children online through apps and live-streaming sites and for children to be exposed to inappropriate content.

‘Social media companies need to construct and maintain age appropriate environments online and the Government needs to introduce a regulator who can ensure they do so.’