The 86-year-old’s back-and-forth citizenship battle began while serving time in prison for sexual assault against minors.

The Irish-born man was charged in 2012 with eight counts of historical sexual offences between 1961 and 1987, against three girls aged between 10 and 17.

He was found guilty by jury in the NSW District Court and sentenced to a maximum term of eight years, with a non-parole period of four years from December 2013.

Peter Dutton was immigration and border protection minister when he made an application to revoke Egan’s citizenship in 2016, but from jail the elderly man sought a successful review to set aside this decision.

Following his release on parole in December 2017, Mr Dutton appealed and aired his views with Ray Hadley on Radio 2GB, saying Egan was a ‘horrible individual’ and ‘not a worthy member of our society,’ according to court documents.

After another tribunal weighed in favour of Mr Dutton, Egan relied upon this interview as indication he would likely be deported to Ireland if his citizenship was revoked.

His latest Federal Court appeal was based on four grounds, including that he had renounced his Irish citizenship earlier in the process.

But the Federal Court found he would be granted an ex-citizen visa in Australia, which would not necessarily be cancelled.

‘The Tribunal’s findings are clear that there was no remaining uncertainty about the applicant’s Irish citizenship or any risk of de facto statelessness.’

In 2018, he was dismissed by the Catholic Church from the clerical state and stripped of his priesthood after the Diocese of Broken Bay presented its case to Rome. 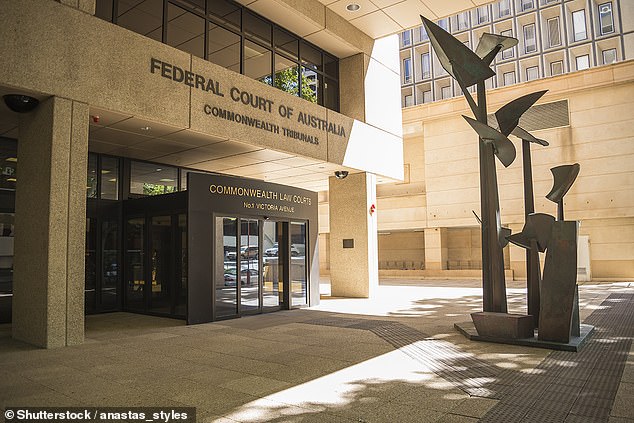 His latest Federal Court appeal was based on four grounds, including that he had renounced his Irish citizenship earlier in the process