A shop cleaner tapping away on her iPad has become the worst nightmare of Australian sex and domestic violence offenders by starting her own public register.

Tania Roy, from Gympie, in regional Queensland, estimates she has named and shamed ‘thousands’ of alleged offenders on her powerful Facebook page over the past five years.

But in an extraordinary move, the single mother is stepping it up a notch by publishing her own DIY public register of child abusers and violent criminals.

Ms Roy is planning to set her own register live next year – before the Federal government publishes its planned register of sex abuse offenders.

Shop cleaner Tania Roy, from Queensland, is planning to launch a national sex and domestic violence offender registry she has produced herself 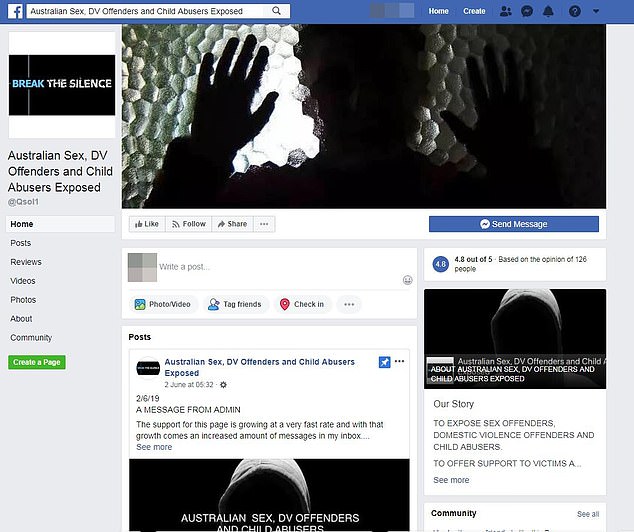 The Facebook page which Ms Roy has run for years (above) has almost 50,000 fans. It is one of several of the name-and-shame genre on social media

The government has budgeted for a child sex offender register which will name and picture … above, a Daily Mail mock-up of how the site could work. (It will not show domestic violence offenders)

In April, Mr Dutton announced the Coalition would produce a public register of child sex offenders. The government will publish the names, aliases, dates of birth, suburb and nature of a perpetrators’ offending.

The register will be run out of the Australian Criminal Intelligence Commission (ACIC) and is expected to be similar to those run in the United States. The plan will cost taxpayers $7.8 million.

But Ms Roy said she’s already doing it for far less: ‘I’m looking at around $500 plus hosting fees,’ she laughed. 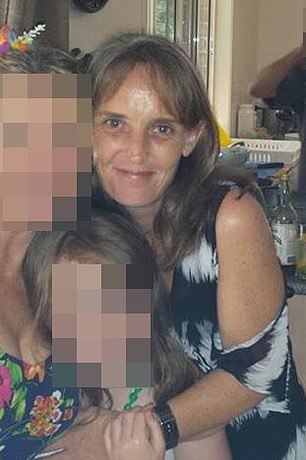 ‘I’m a mum that sits in Gympie doing this,’ said Ms Roy

Ms Roy had been identifying alleged and convicted offenders on her page – named Australian Sex, DV Offenders and Child Abusers Exposed – for years when she decided to forge ahead with the register. The project is her ‘baby’.

‘I’ve been testing the system using my (Facebook page) as a register,’ she said.

‘I’m a mum that sits in Gympie doing this, so come on.

‘We just want it all in one little spot, so I’m going to do it.’

Ms Roy claims she is a victim of abuse herself in her past, but that wasn’t what drove her to start the registry.

Her family ‘went through hell’ from a situation in her neighbourhood involving an alleged sex offender.

And her idea for a register is more expansive than just sex crimes.

‘They (the government) are talking about registered offenders – I am listing convicted, sex offenders, child abusers and domestic violence offenders.’

The idea is to protect people, she said. ‘If we had a register, we can research before we get into relationships and things like that,’ Ms Roy said. 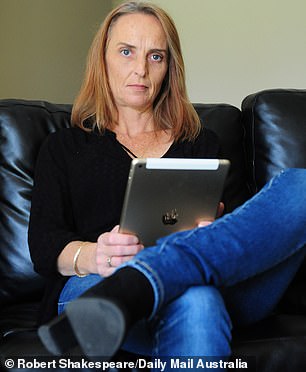 She means business: Tania Roy with her weapon of choice – her iPad – and on right a snippet from her page 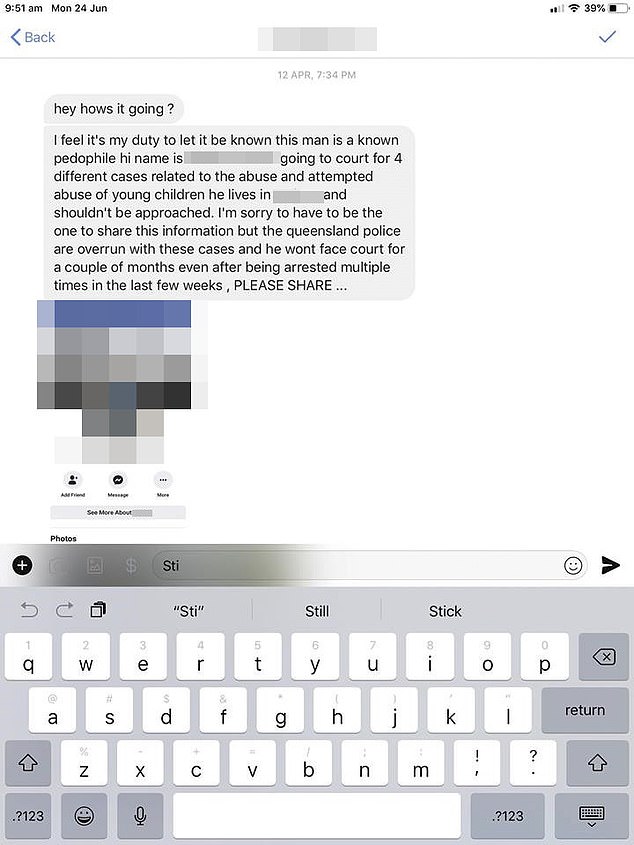 ‘We are having relationships with people everyday, whether it’s your son’ best friends parents, anything like that.

‘We let our kids go on sleepovers but we never really know anything other than Johnny’s mum is really nice, for example.

‘People are dating online, do we really know anything about the person in the profile other than what they tell us?

‘No, that’s why we need to be able to search up information about the people we let into our lives. ‘We need to know if we are about to interact with a child sex offender, a domestic violence offender or sex offender because at the moment, our community is vulnerable.’

She pointed to the case of Dr Angela Jay – a hospital worker who nearly died after she was assaulted by her Tinder stalker, Paul Lambert.

An inquest heard last year that Lambert had been the subject of multiple AVOs and had been charged and convicted with breaching an order, before he repeatedly stabbed Dr Jay.

Ms Roy has help in her work.

Volunteers conduct research for her. An anonymous IT worker from Melbourne who has designed banking websites is helping her get the register going at his own expense.

Ms Roy regularly gets tip offs from the public and says she deals with ‘some pretty full on stuff.

‘I speak to people about some of the most horrible things that have ever happened to them.’

Some top child protection advocates, including Bravehearts’ Hetty Johnston, have argued a public registry is the wrong model for stopping sex offenders.

And there are serious obstacles to Ms Roy’s effort.

Each state has different laws about publishing details of sex and domestic violence offending.

Courts sometimes put non-publication orders in place. Publishing details of a criminal can identify their victims, if they are related to them.

How sex offender registers work overseas: In California, US, users can search a person’s name and up comes their name, headshot, physical information and even address

But Ms Roy said she understands legal matters can be ‘dicey’, but she has not had to go to court once in five years for publishing.

She said she complies with the law and is cautious about posting. ‘If I have any doubt doing an expose post, I won’t do it.’

‘Generally, it’s coming from the media, you guys have legal departments,’ she said. On occasion, she has even helped police investigators.

She would ‘never, ever, ever’ allow post which lead to vigilante actions – for instance by posting addresses.

‘I have not had one report of vigilante action as a result of a post I’ve done,’ Ms Roy said.

‘I really don’t think Australians are the type of people to carry out vigilante action. They just want the system to carry out justice, that’s what they want.’

Ms Roy hopes to have her register running by early 2020. It’s understood details published would include names, ages, offence and sentence. She has recently launched a fundraising effort for the plan. 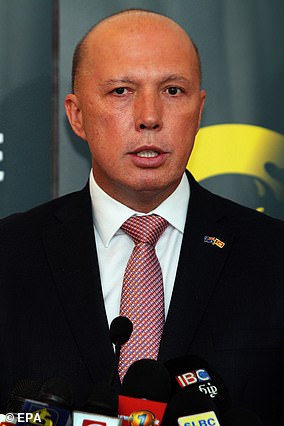 Before the election, the Coalition  announced it will invest $7.8 million in a paedophile public register that will publish the names, aliases, dates of birth, suburb and general nature of a perpetrators’ offending – as well as their photograph.

The register will be online and will be established by the Australian Criminal Intelligence Commission (ACIC).

The registry will get its information from state and territory police, but only if their governments sign off on it, which they are yet to do.

How it will work is not yet set in stone.

Earlier this year, a spokesman for Mr Dutton said a ‘technical solution’ for the register will be ready a year after a bill passes the Parliament.