By Charles Sale for MailOnline

Pakistan, who have a history of cricket-related controversy, were caught up in another irregular incident at Lord’s on the opening day of the first Test.

Two of their players, Babar Azam and Asad Shafiq, were pictured wearing banned Apple watches — understood to be series one models — while in the field on Thursday.

The ICC do not allow these smart watches to be worn during play because it is possible to directly access the internet with them and therefore potential online betting sites. 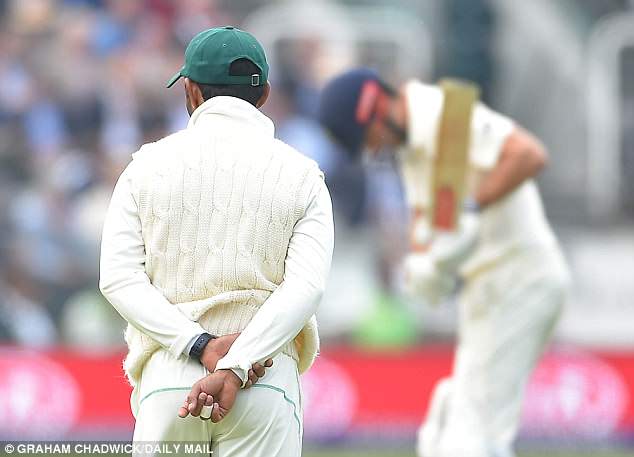 Peter O’Shea, ICC’s anti-corruption officer, confirmed that the Apple watches were on the banned list because of the internet capabilities.

Also a number of Pakistan players had their fingers taped in similar manner to David Warner during Australia’s ball-tampering scandal against South Africa.

But there was no suggestion of anything suspicious being done to the ball, although England were bowled out for 184.

Pakistan have been involved in numerous incidents over the years with the low points being the abandoned Test at the Oval in 2006 over ball-tampering allegations. 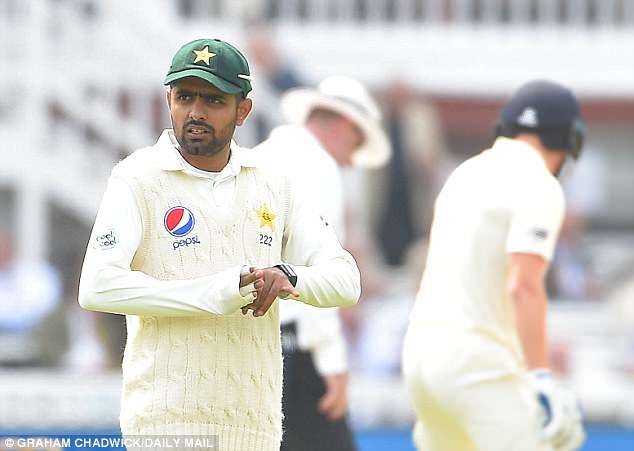 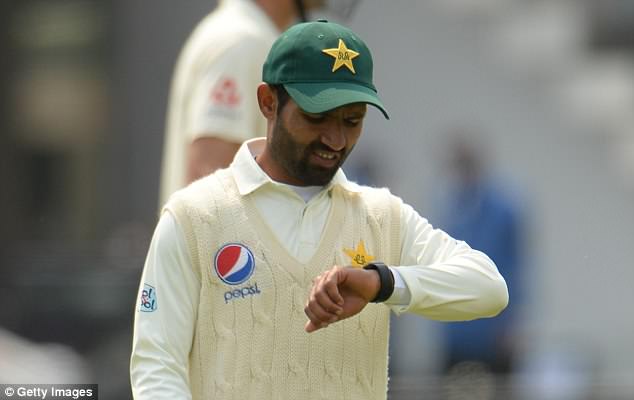