The former cricketing playboy said the ‘rapid’ increase in rapes indicated the ‘consequences in any society where vulgarity is on the rise’.

Oxford-educated Khan, 68, advised women to cover up to prevent temptation for men who lacked ‘willpower.’

‘This entire concept of purdah (covering up or segregating) is to avoid temptation, not everyone has the willpower to avoid it,’ Khan said. 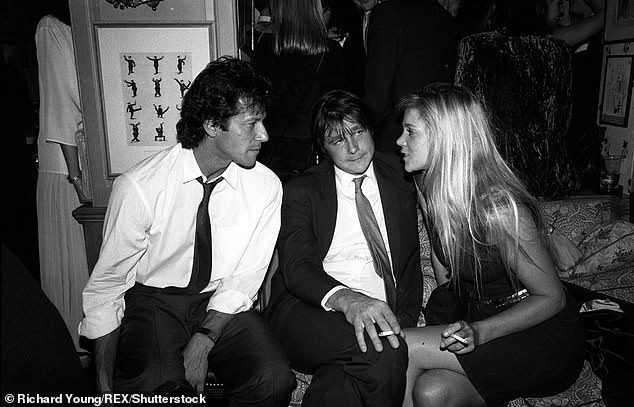 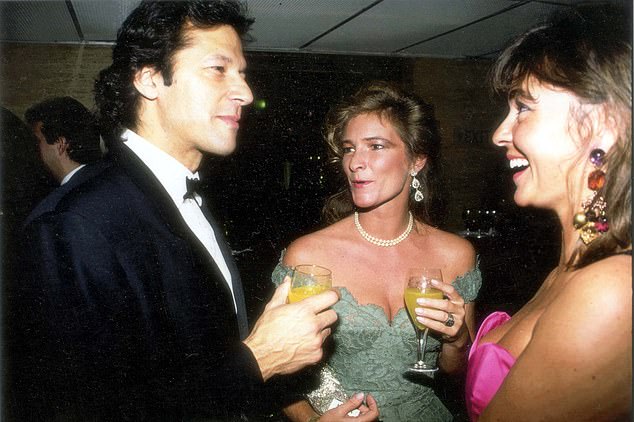 Imran Khan with lady friends at a black tie event. The Oxford-educated public schoolboy was pictured with a series of glamorous women during his bachelor life in London 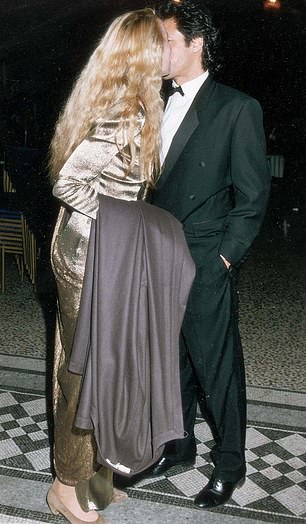 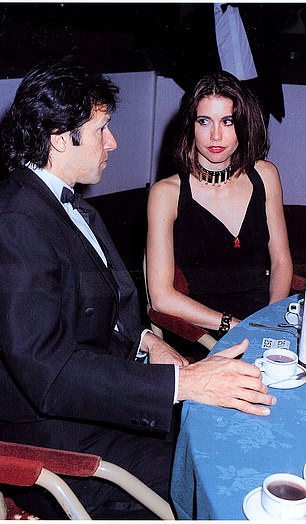 Imran Khan and his first wife Jemima, left, and with his ex-fiancee Kristiane Backer

Khan, one of the best cricket all-rounders of all time, was no stranger to scantily-clad women as he partied in VIP nightclubs during his bachelor life in London.

Their split nine years later was attributed to the difficulties she faced in Pakistan, where she was hounded for her family’s Jewish ancestry, and to his obsession with politics.

She had been widely criticised after appearing at public meetings of Khan’s PTI party, with opponents accusing her of seeking to boost her own profile through her husband’s fame. 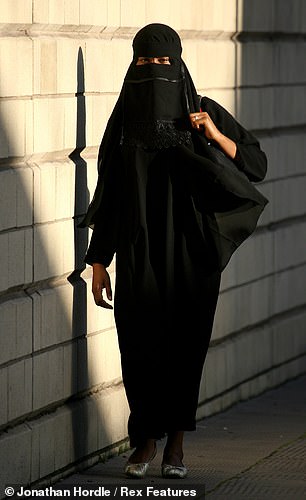 ‘Fault rests solely with the rapist and the system that enables the rapist, including a culture fostered by statements such as those made by (Khan),’ the statement said.

The Human Rights Commission of Pakistan, an independent rights watchdog, said Tuesday it was ‘appalled’ by the comments.

‘Not only does this betray a baffling ignorance of where, why and how rape occurs, but it also lays the blame on rape survivors, who, as the government must know, can range from young children to victims of honour crimes,’ it said.

Pakistan is a deeply conservative country where victims of sexual abuse are often viewed with suspicion and criminal complaints are rarely seriously investigated.

Much of the country lives under an ‘honour’ code where women who bring ‘shame’ on the family can be subjected to violence or murder.

It regularly ranks among the worst places in the world for gender equality.

Nationwide protests erupted last year when a police chief admonished a gang-rape victim for driving at night without a male companion.

The Franco-Pakistani mother was assaulted in front of her children on the side of a motorway after her car ran out of fuel.

Last year, Khan was also criticised after another television appearance where he failed to challenge a Muslim cleric’s insistence that coronavirus had been unleashed because of the wrongdoings of women.

The latest controversy comes as the organisers behind International Women’s Day marches battle what they have called a coordinated disinformation campaign against them, including doctored images and videos circulated online.

It has led to blasphemy accusations – a hugely sensitive issue in Pakistan where allegations have previously led mobs to attack people.

The organisers of the annual rally have called for the prime minister to intervene.

In his weekend TV appearance, Khan also blamed divorce rates in Britain on the ‘sex, drugs and rock and roll’ culture that began in the 1970s, when the twice-divorced Khan was gaining a reputation in London as a playboy. 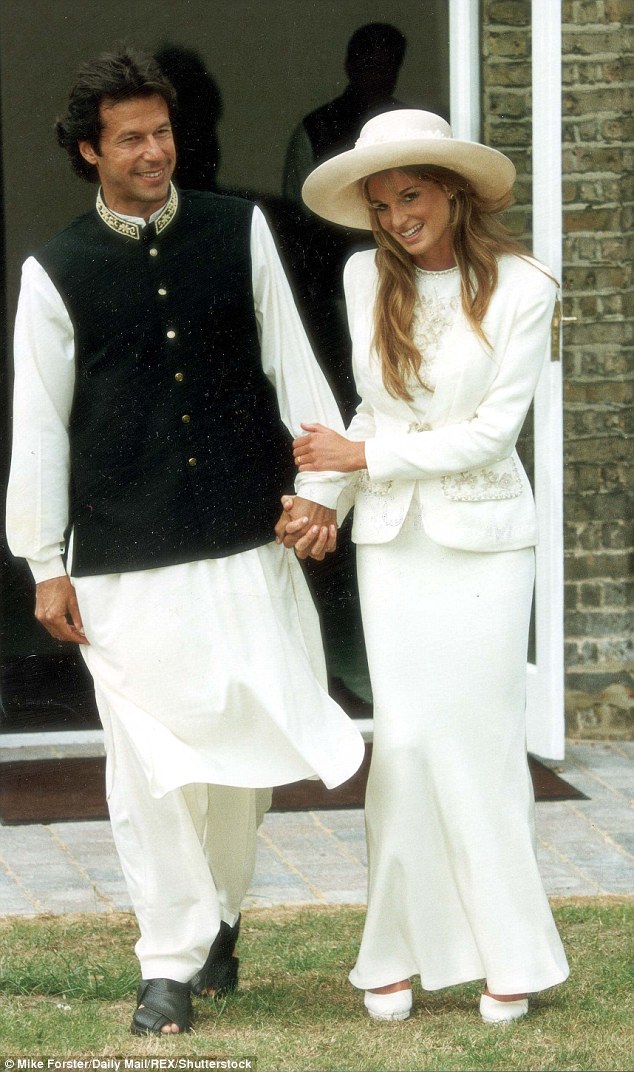