A wife has been arrested after allegedly killing 15 of her in-laws in a botched bid to poison the man she had been ordered to marry in Pakistan.

Aasia Bibi, from Muzaffargarh in the southwestern Punjab province of Pakistan, was forced to marry Amjad Akram against her will in September.

Two months into the unhappy marriage, the  21-year-old bride, who was allegedly in love with another man, hatched a plot to kill her 25-year-old husband by poisoning his glass of milk.

But Amjad did not consume the drink and Aasia’s mother-in-law unwittingly used the tainted liquid to make Lassi – a popular traditional yogurt-based drink in the Indian Subcontinent.

This was then served to 27 of Amjad’s family members who, after drinking it, started to show symptoms of poisoning. 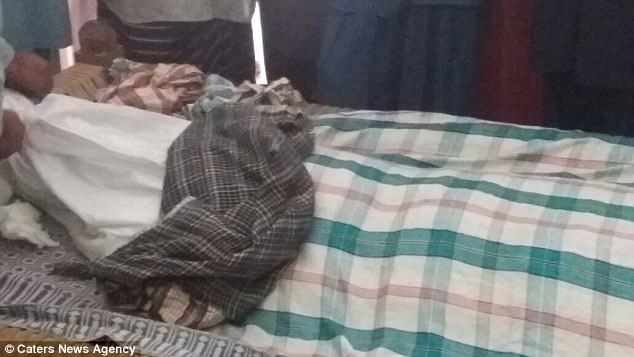 Tainted milk was turned into lassi which was then unwittingly served to Bibi’s in-laws. They soon started to show symptoms and 15 were killed. Pictures show one of the victims covered in a blanket

Fifteen people died in hospital because of the severe intoxication while 12 others are still critical.

The incident took place in Daulat Paur area in Muzaffargarh and was reported on Sunday.

A senior police officer said: ‘Aasia was forced to marry Amjad against her will.

‘She was not happy and came back to her parents’ house after a few days into marriage but her family forcibly sent her back to her in-laws’ house.

‘Aasia concocted the plot to avenge being married against her will and was provided with poisonous substance by her alleged lover, Shahid Lashari.

‘But the plot went awry when Aasia’s husband did not drink the glass of milk she handed to him. Instead, her mother-in-law used the tainted milk to make Lassi.’

Police said that initially Aasia claimed that a lizard had fallen into the milk, poisoning it. 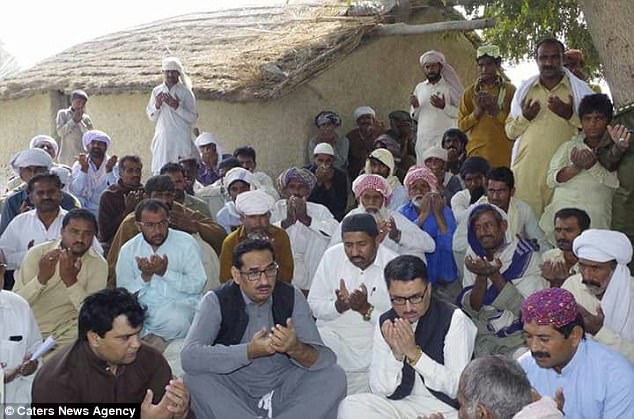 Fifteen people died in hospital because of the severe intoxication while 12 others are still critical. Villagers are pictured mourning for the victims 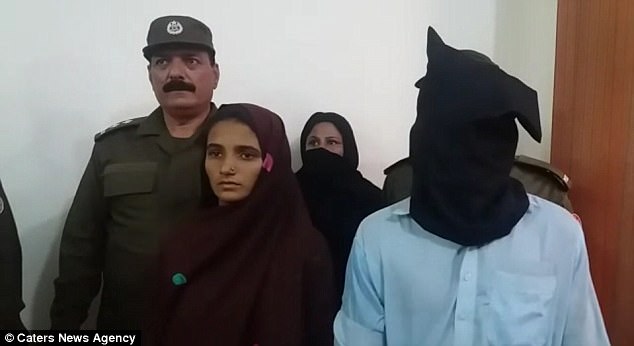 Police said that initially Aasia (centre) claimed that a lizard had fallen into the milk, poisoning it 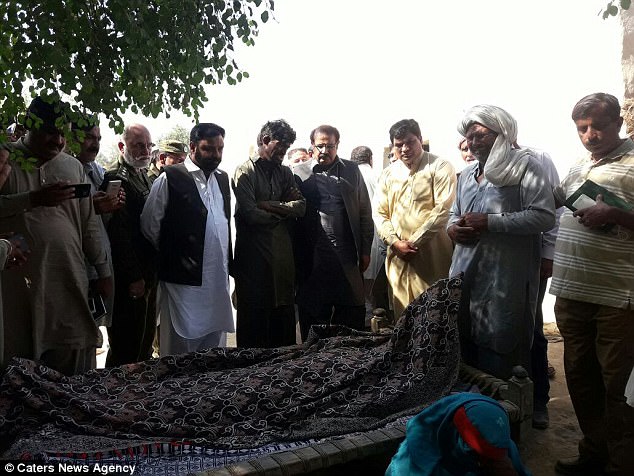 ‘But she confessed her role in the custody,’ said police.

Three people including Aasia’s alleged lover and her aunt, who are suspected to have a role in the whole plot, have been arrested by police.

However, the young woman denied all of the allegations levelled against her when the accused were presented before the media.

She said: ‘Shahid told me to poison the beverage but I didn’t do it. He asked me to marry him but I refused.’

Although Pakistan recently strengthened laws designed to prevent child marriage and forced conversion, there is little legal remedy for women who reject a partner chosen for them by their family.

Pakistan accounted for the highest number of forced marriages reported to the UK’s Forced Marriage Unit in 2016.

Incidents of poisoning are common in the Punjab, where marrying out of choice remains an anomaly.

Last month a newly-married couple were poisoned for unknown reasons by the family of the bride.