A bizarre-looking toothless dinosaur that had only two fingers and would have resembled a giant parrot has been unearthed in Mongolia.

O. avarsan — which lived some 68 million years ago — would have grown to around 6.5 feet (two meters) in length and sported both feathers and a toothless beak.

The team said that the remarkably well-preserved fossils provided the first evidence of digit loss in the typically three-fingered family of dinosaurs known as oviraptors.

The fact that a member of the genus could evolve forelimb adaptations suggests that the group could alter their diets and lifestyles — allowing them to flourish.

A bizarre-looking toothless dinosaur that had only two fingers and would have resembled a giant parrot has been unearthed in Mongolia. Pictured, an artist’s impression of O. avarsan 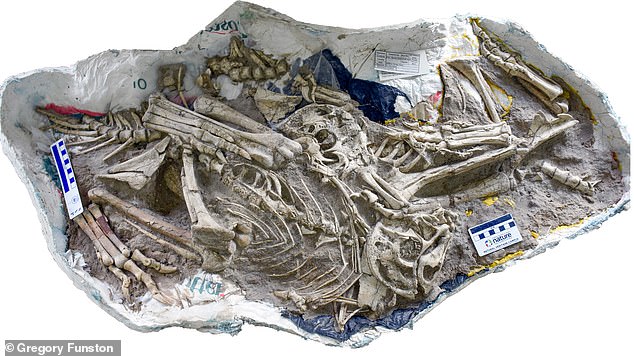 ‘Oksoko avarsan is interesting because the skeletons are very complete,’ said paper author and palaeontologist Gregory Funston of the University of Edinburgh.

‘The way they were preserved resting together shows that juveniles roamed together in groups,’ he added.

‘But more importantly, its two-fingered hand prompted us to look at the way the hand and forelimb changed throughout the evolution of oviraptors — which hadn’t been studied before.’

‘This revealed some unexpected trends that are a key piece in the puzzle of why oviraptors were so diverse before the extinction that killed the dinosaurs,’ he added.

In their study, Dr Funston and colleagues studied the reduction in size — and eventual loss — of the oviraptor’s third finger across their evolutionary history.

They found that the creatures’ forelimbs changed drastically, and in tandem with migrations into new geographic areas — specifically to those now known as North America and the Gobi Desert. 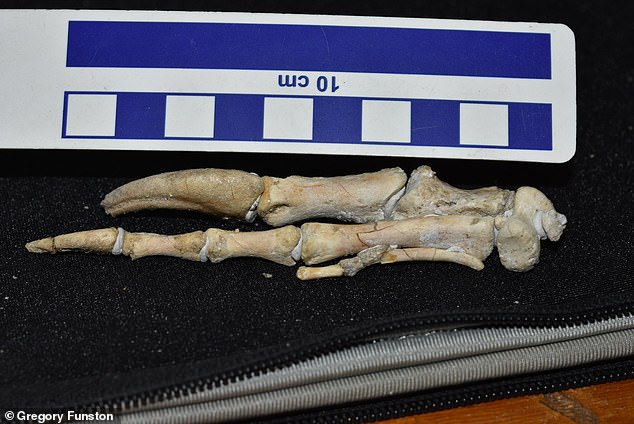 In their excavation work, the researchers unearthed the fossilised remains of four juvenile Oksoko avarsan that appear to have been resting together.

It is quite common for animals to be social when young.

The full findings of the study were published in the journal Royal Society Open Science. 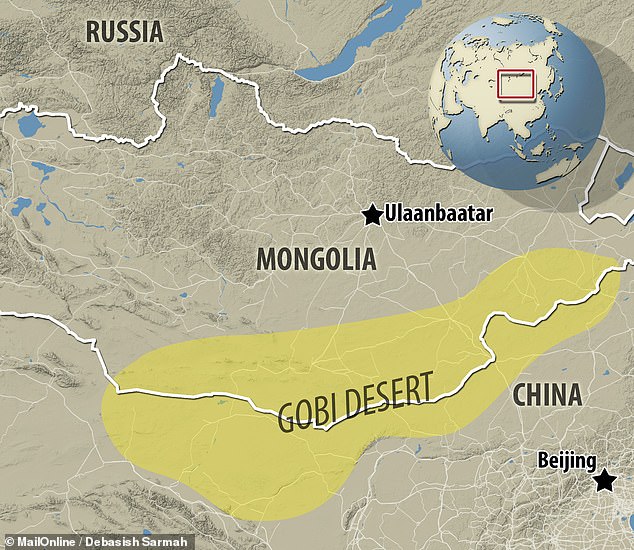