But singer Paloma Faith has publicly dispelled that myth – after confessing she suffers the exact same frustrations we do.

Specifically, the chart-topper, 36, took aim at London’s Gatwick Airport, last week, when she branded them ‘the worst that ever existed’.

Taking to Twitter where she boasts more than 600,000 followers, the eccentric performer didn’t hold back with the 4am missive.

The barbed message garnered a handful of re-tweets and more than 390 shares, but seemed to be stemmed by the airport’s fast-acting press team.

Just minutes after the post was shared, they responded: ‘Oh Paloma, we’re deeply saddened by this…is there anything we can do?’.

She replied: ‘You can make it so people with children are in the fastest queue not the slowest one! And let us use our epassports… so many tired upset kids [sic]’.

However, not everybody was so supportive of her request.

One follower posted: ‘Why do people with children need priority? How on earth did I cope traveling alone are we now in a nanny state now’.

This saw Paloma hit back: ‘Because the children cry and get tired and it’s a nightmare for their parents nerves’. 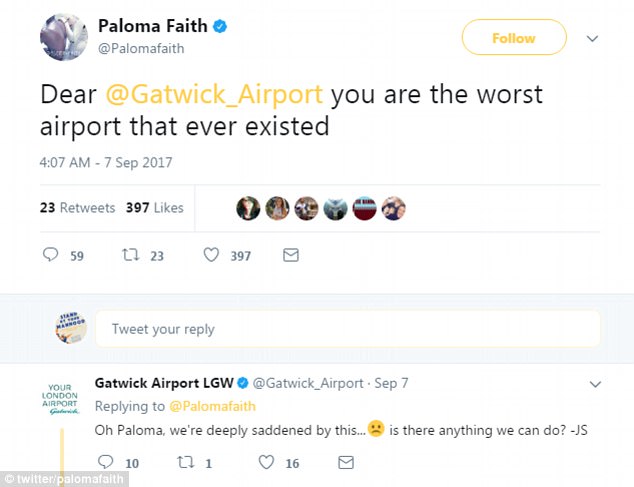 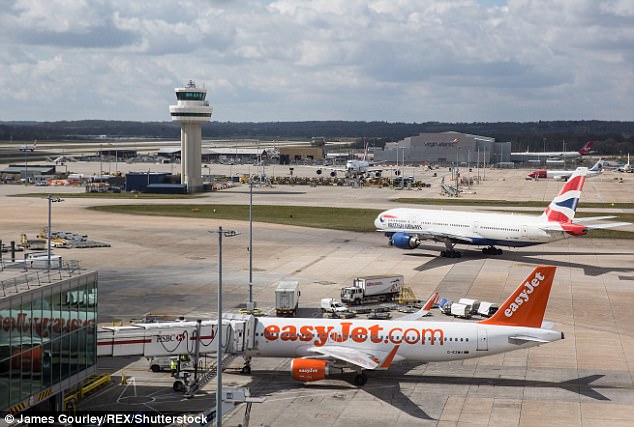 Busy: A record 4.9 million passengers passed through the capital’s hub in August alone

Paloma – real name Paloma Faith Blomfield – became a mother for the first time in December 2016, when she welcomed her daughter with partner Leyman Lahcine.

Her recent tweet comes just weeks after hundreds of holidaymakers were left without their clothes and personal belongings after a luggage failure at Gatwick Airport.

A problem with the baggage system saw British tourists arrive at destinations throughout the world without essentials such as baby milk and medication.

Many unhappy customers now stranded in a foreign country without vital belongings vented their fury on social media.

That said, a recent survey by the Civil Aviation Authority said London Gatwick enjoyed the shortest security queues with 85 per cent of respondents saying they were satisfied with the process, which took five minutes or less.

More than 20,000 people were quizzed about their experiences at Heathrow, Gatwick, Stansted, Luton and Manchester.

A record-breaking 4.9 people passed through the airport in August alone, this year.

MailOnline have contacted Gatwick Airport for comment, but are yet to receive a response.