Paper straws, wooden cutlery and fabric bags not as good as plastic

The problem with plastic is that it is too useful and that’s why getting rid of it is enviro-mental.

Cling wrap plastic can be stretched thinner than a politician’s excuse to stop a fly getting into a potato salad.

However, as body armour it can be padded thicker than a northern Irish accent to stop a bullet getting into a chest.

It is incredibly cheap to make and lasts almost as long as a royal family feud.

So, admittedly, it can hang around past its use-by-date, like a former prime minister.

This is why NSW is banning all single-use plastics in November.

Which might have been OK if the replacements weren’t, to put it in technical terms, complete rubbish.

They are even more rubbish than discarded plastic.

To get even more technical, the things they want us to use instead of plastic just plain suck.

Or as is the case with paper drinking straws they hardly suck at all. 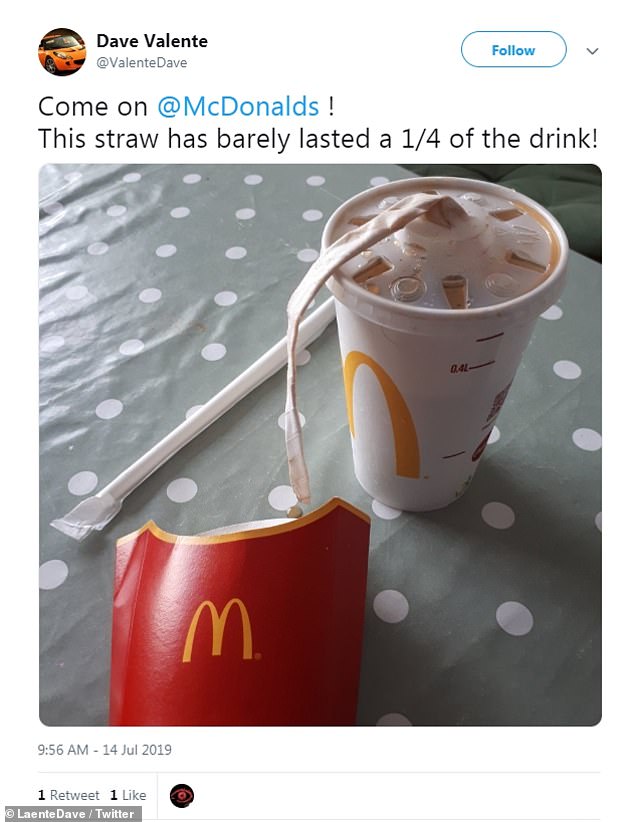 Social media users have known the dark secret of paper straws, they just don’t work, or at least for not very long

It only takes a few sips for these straws to dissolve into sad saggy soggy clumps of mulch.

A replacement for something is normally expected to do the same job.

The job of a drinking straw is to transfer liquid though a thin, sturdy tube.

It’s not to turn into pulp that looks like should be used as cheap filler in a wall cavity.

To consume any decent sized drink, or if you are fool-hardy enough to try a thickshake, you have to discard paper straws for fresh ones faster than Leo DiCaprio does Vogue models.

This can’t be good for the environment.

It’s not, paper straws are thickly fibrous and not suited to recycle. 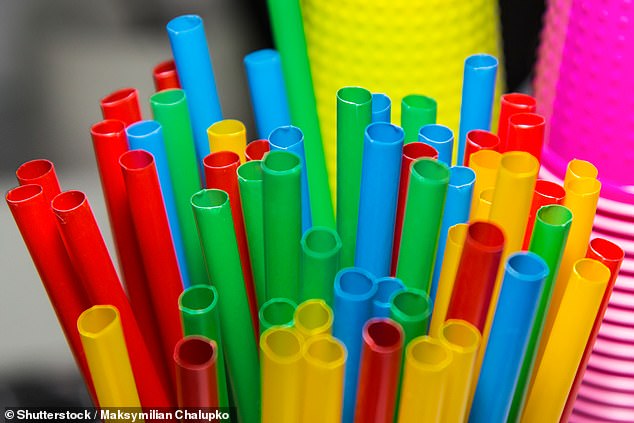 So, they are just as likely to become landfill as plastic.

Paper straws also taste bad, they are a bit like drinking through an anorexic cardboard toilet roll tube.

That’s not the only food-related plastic ‘replacement’ that tastes bad.

McDonald’s and many other takeaway joints now issue wooden cutlery rather than plastic utensils.

Unlike straws, wooden cutlery performs the basic function of transporting food to your mouth.

However, every munch is tainted with the less than tantalising taste, in fancy restaurants you would call it ‘a note’, of balsa wood. 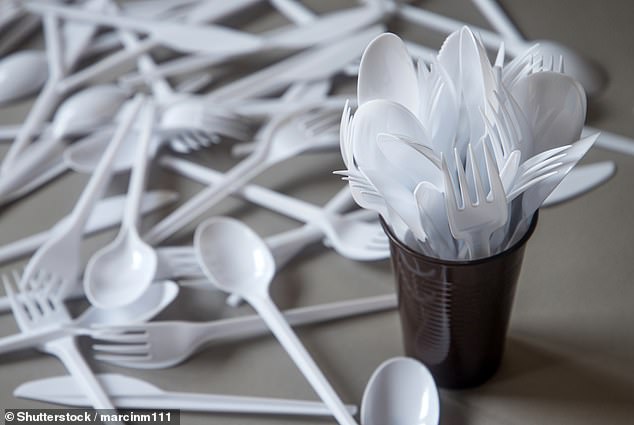 That’s not to mention the danger of splinters.

The time to stop this madness is now.

If we don’t, plastic straws and cutlery are in danger of going the way of that most sadly missed wonder and glory of the modern age – the free plastic shopping bag.

Some may not even remember these translucent blessings, that were miraculously peeled off by by a cashier and given to you.

Given to you… as in for free, at no charge! As many as you needed!

No doubt their negligible cost was absorbed in the overall bill.

However, to receive something without having to dig deeper into your pockets, to get something just because you needed it, was a small act of generosity and grace in an otherwise pitiless world. 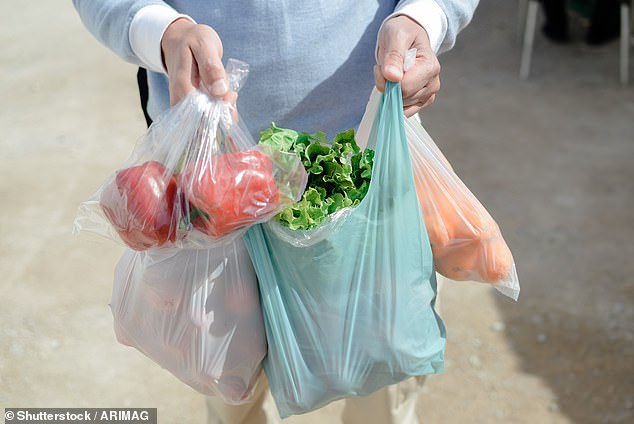 Most sensible people would agree that free plastic bags elevated and enhanced the very joy of being alive.

They were to supermarkets what John Keats is to poetry, what Handel is to cathedral choirs and what dark chocolate is to Tim Tams.

They were also an important social justice issue.

They lifted, just for a moment, the stigma, shame and ostracisation of a cruelly discriminated against, marginalised and despised group.

I am talking, obviously, about the absent-minded, the forgetful and the disorganised.

These most worthy of people, I can pitifully and personally attest, only remember they left the stupid fabric or heavier plastic bag in the distant car park after the metal cattle yard gates of a supermarket entrance swing shut behind them.

So, they have to grudgingly buy plastic or fabric bags that will only end up heaped on the ever-growing tumble-weed pile of single-used bags in the back of the car.

The more principled ones will refuse to buy bags. 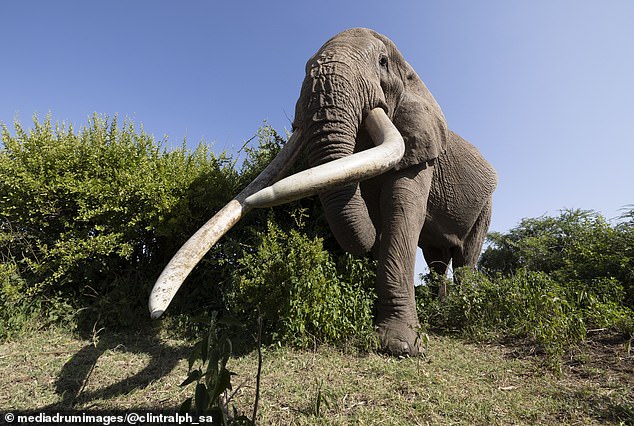 Plastic has helped more elephants keep their tusks, which previously were turned into billiard balls

It then becomes a matter of whether they can bear tucking a bag of frozen peas into their jumper, while stuffing jars into pockets and hanging the small free plastic bags you get for fruit off various parts of their body, like Christmas tree decorations.

Other items must then be piled into their arms, until stacked high like a grocery item leaning Tower of Pisa.

To keep this wobbly construction balanced the shopper has to stagger out looking like a demented circus performer.

Obviously this normally fails with a spectacular toppling that spills rolling fruit to the furthest reaches of the supermarket and under other people’s trolleys.

It’s not widely known that plastic was invented to help the environment.

Specifically to keep elephants attached to their tusks and, as a happy consequence, also breathing.

Celluloid, the first plastic, was created to fashion into billiard balls, which had been made from the ivory tusks of hunted elephants.

Sadly, celluloid wasn’t a good substitute because it tended to explode. 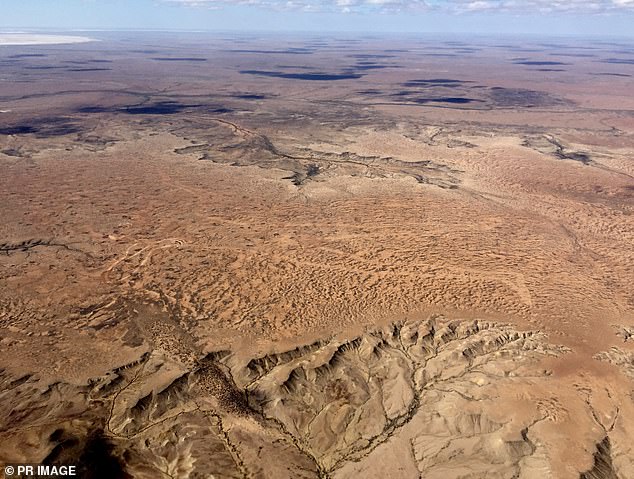 This failed to impress the players despite making snooker a much more exciting spectator sport.

It wasn’t long before less-explodey plastics were found for billiard balls, meaning Dumbo got to keep his baby teeth.

An objection to plastics is that they are made out of a fossil fuel, oil.

That’s true, but not very much oil otherwise plastics wouldn’t be cheap.

Plastic, let’s face it, is fantastic.

It is so wonderful we’ve made an awful lot of it, which is the problem.

Except it’s not really a problem, just push it into landfill.

All you need is lots of land that no one wants to use for anything else, which is approximately all of Australia minus a few strips of over-priced real estate near the coast.

For once can’t the Green zealots be satisfied with showing off their personal virtue by rejecting plastic and not force the rest of us to do likewise?

It’s enviro-mental to let the ecobullies take fantastic plastic off us and offer only crap replacements.