A British Paralympian who lost her foot in a boating accident as a teenager has praised the Royal Family’s commitment to sport.

Stef Reid, 32, a three-time Paralympic medallist and reigning long jump – T44 record holder, discussed Prince Harry’s tireless work on the Invictus Games as she prepared to jet off to Toronto to report on the week-long competition.

In an interview with FEMAIL, Stef also spoke about the devastating accident that caused her to loose her foot – and her long road to Paralympic glory.

Sporting champion: Stef Reid at the Para Athletics Championships in London in July. The 32-year-old athlete is part of the team reporting on the Invictus Games in Toronto this week 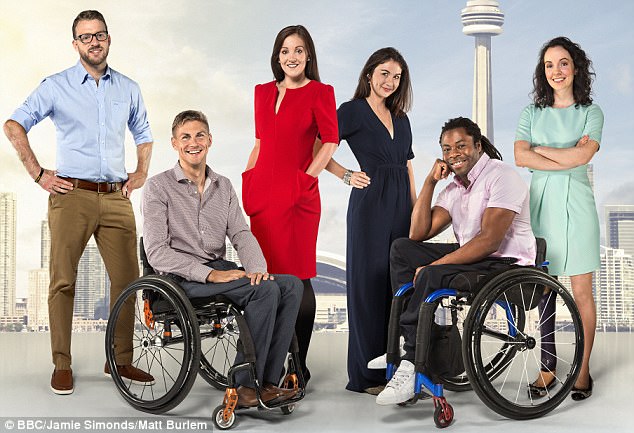 Speaking ahead of the Invictus Games, Stef, who is part of the BBC broadcast team reflected on Harry’s hands-on involvement in organising the competition.

She said: ‘This isn’t something he has organised from afar, this is his heart and soul poured out into it… He has felt everything the soldiers have gone through and he just gets it.’

She added: ‘Prince Harry has obviously driven these Invictus Games and the response has been incredible. The royal family is really, really committed to sport. Individually, on a personal level, they really understand its power.’

Stef, who was born in New Zealand before moving to Canada as a child, lost her right foot in a boating accident when she was just 15 years old. 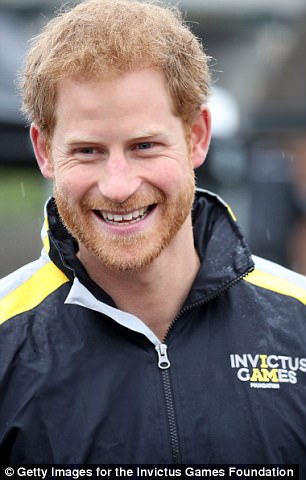 She was tubing on a lake north of Toronto when she was thrown off the inflatable. While waiting to be picked up by the motor boat, she noticed it was going too fast.

She said: ‘I knew instantly he hadn’t seen me because he was going way too fast. Your brain just kicks into survival mode and all I’m thinking is: “You’ve got to miss these propellers. I thought: “I don’t have time to swim to either side so I will just surface dive”. But I totally forgot I had a life jacket on and I couldn’t get under.

‘Unfortunately the propeller had caught me on my lower back and my right foot. You could see on everyone’s face that there was just too much blood. Fortunately we made it to the hospital in Toronto.’

A keen sportswoman before the accident, Stef had previously dreamed of becoming a professional rugby player.

While this was no longer possible Stef soon returned to sports as a way to help her through her recovery and to come to terms with her disability.

Stef said: ‘I thought: “Yes, this sucks but I am going to make the most of what I have left”. Because I still have a life and that is still special.’ 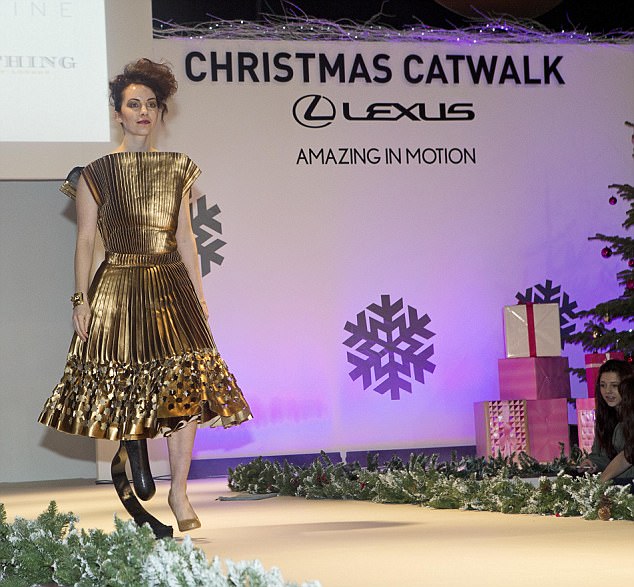 Ambitious: Reid walked the runway for the Ideal Home Christmas Show in 2013

‘Sport was the thing that made me proud again of my body,’ she said.

‘I was 15 when it happened, you are already dealing with body issues and accepting yourself and wondering if you measure up to the world’s standard of beauty.

‘When you become an amputee you think: “I definitely don’t look like anyone in Vogue”. It’s hard to deal with. Initially I wanted to hide it… But then I didn’t feel my amputation was a source of shame. I wanted to show it off. That’s why I got it in hot pink.’

Stef, who is married to superstar Canadian wheelchair racer Brent Lakatos, has gone on to become an international sporting sensation and has helped raise the profile of Paralympic sports. 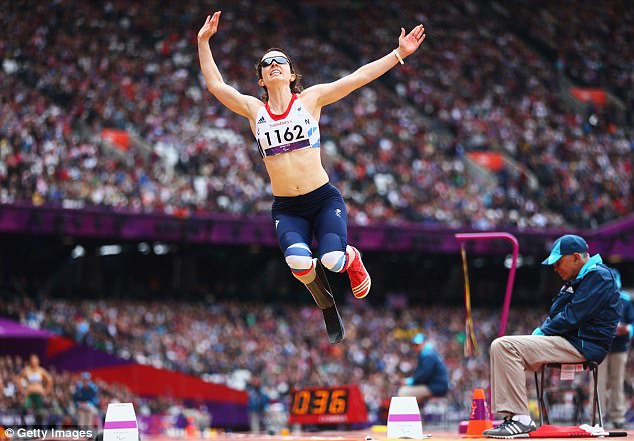 Superstar: Reid competing in the Women’s Long Jump – F42/44 Final on day 4 of the London 2012 Paralympic Games. She took home a silver medal in the competition

Her career has seen her walk at London Fashion Week and take on an eight-week internship as a sports reporter at the BBC. Her latest project has seen her named an ambassador for the powwownow I Conquered campaign.

This week Stef has been bringing Paralympic sports into living rooms around the UK.

She said: ‘You can’t love para sports until you understand it. And I feel I am good at explaining to people just how awesome what they are watching is…

‘I love the idea of using sport as a tool to recovery… We all understand what it means to face obstacles, to work hard towards a goal, and you get to do this in this other space. It gives you another focus, something to be positive about.

‘Invictus is an incredibly powerful outlet.’