Australian Paralympic swimmer Ellie Cole, who has won six gold medals, recalled being told she was a ‘diversity hire’ six years ago.

The 29-year-old, who first went to the Paralympics in Beijing aged 16, explained how she believes the comment was made as a joke – but added that she was disheartened by it.

‘You know, six years ago, I was working at a place and I was told that I was a ‘diversity hire,” she said, speaking to Guardian Australia from a training camp in Cairns.’

‘And I think that’s when I really started asking myself questions about what’s happening outside of the sporting space. Because as a prolific athlete, I do live in a bit of a bubble. What’s actually happening out there in the real world needs to be spoken about more.’ 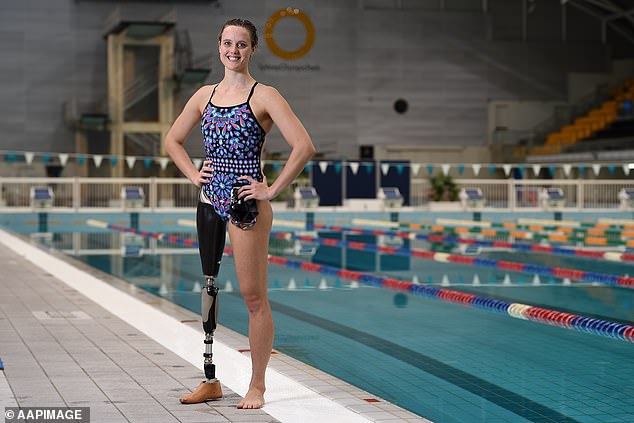 Current world champion swimmer Ellie Cole poses for a photograph after being selected to compete for Australia in the Rio Paralympic Games, in Sydney, Monday, August 1, 2016

At the age of three, Ellie had her right leg amputated after a devastating cancer diagnosis. Eight weeks after the amputation, she took up swimming as part of her rehabilitation and fell in love with the sport.

She’s since gone on to win 15 Paralympic swimming medals, including six golds, holds the Paralympic Games Record for the Women’s 4x100m Freestyle Relay – and is about to set off to Tokyo for her fourth Paralympics.

Now, Ellie is campaigning for WeThe15, which is a global human rights movement that will be the focus of the opening ceremony at the Tokyo 2020 Paralympics on 24th August.

The 15 in the name is a reference to the estimated 15% of people across the globe who have a disability. 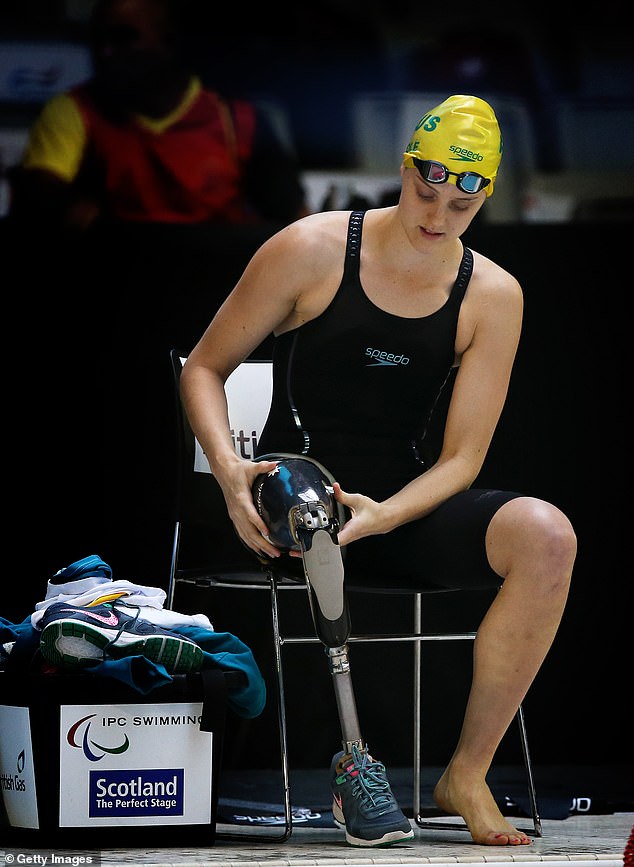 Ellie Cole of Australia prepares to compete in the heats of the Women’ss 100m Freestyle S9 during Day Two of The IPC Swimming World Championships at Tollcross Swimming Centre on July 14, 2015 in Glasgow, Scotland 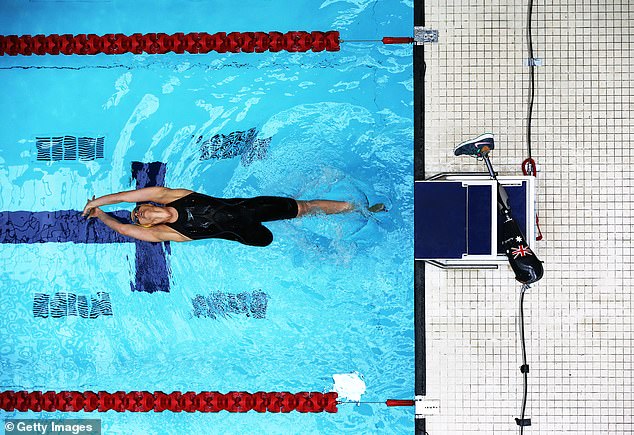 Ellie Cole of Australia dives into the pool during Day Seven of The IPC Swimming World Championships at Tollcross Swimming Centre on July 19, 2015 in Glasgow, Scotland

Ellie, who says she thought of her parents when she was asked by the International Paralympic Committee to take part in the campaign, explained: ‘When they were told that I was going to have my leg amputated at three … their first response was that they felt this overwhelming sense of fear about what my future was going to be like.’

‘They didn’t know anyone else who had a disability.’

Previously speaking to Daily Mail, Ellie said: ‘Having a disability and being an athlete doesn’t really go hand in hand in most people’s minds.’

‘This documentary is going to open people’s eyes, yes, s**t things have happened to us, but we’ve overcome it and become Paralympians and better athletes than anyone would have ever imagined,’ she said.

‘The Paralympics means so much to me; it’s changed my life completely; and it’s changing the way society sees people with a disability.’

‘People are going to finally start seeing us and how strong and powerful the athletes are. And what a powerful message to send to children with disabilities,’ she said.