Two expert ghost hunters had a fright when they received a terrifying message from the dead during a visit to Shepton Mallet prison in Somerset, which first opened in the 1600s.

The spooky grounds, which even housed the Kray twins, played host to Paranormal Lockdown TV hosts Katrina Weidman and Nick Groff for 72 hours, paying their first visit to the UK from the US for the third series of the show.

There are countless stories from those who have dared visit England’s most haunted prison – which is now a tourist attraction after closing in 2013 – with sightings of a lady in white, disembodied voices and even child spirits.

In the first episode of the new series, which airs on Quest Red, Katrina and Nick are shocked when they hear a female voice whisper ‘I don’t want to die’ in the middle of the night – in the spot where prisoners were executed. 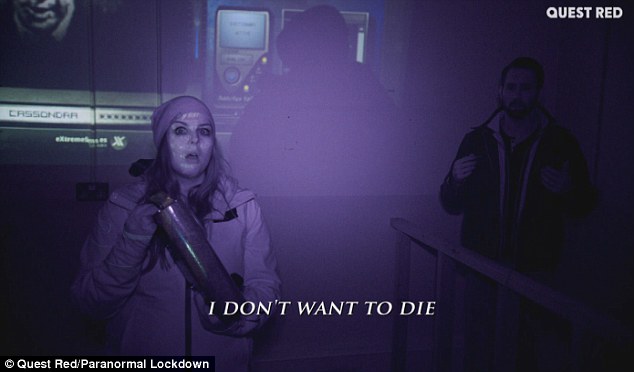 They were stunned to hear from an apparent spirit from the other side, claiming to have been imprisoned for stealing and that they didn’t want to die 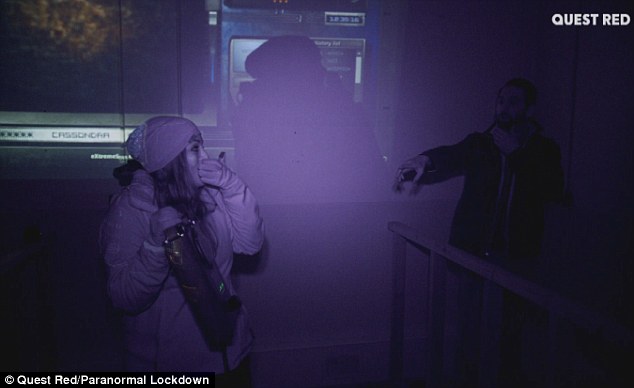 Over four centuries of operating as a prison there have been paranormal encounters within the prison – with many believing that the spirits of the thousands who died and were buried on the ground are still there.

The pair spend three days holed up in the Somerset prison, sleeping in the crumbling cells and in the exact spot where inmates were executed.

‘This is one of the scariest places I’ve had to investigate,’ Katrina confessed.

After spending hours scanning the grounds to try and make contact with the spirit world, it’s wasn’t until well into the third day that they began a ‘conversation’ with an apparent ghost.

They set up a communication system and began to get knocks and bangs in response to their ‘yes’ or ‘no’ questions.

‘I’m blown away by this experience. We now know that there’s something here with us and responding directly to our questions. We have a telephone to the dead and something is communicating with us,’ Nick said.

Katrina gushed: ‘I’m in a state of shock at this point because this is such clear contact and as an investigator, this is the sort of stuff your dreams are made of.’ 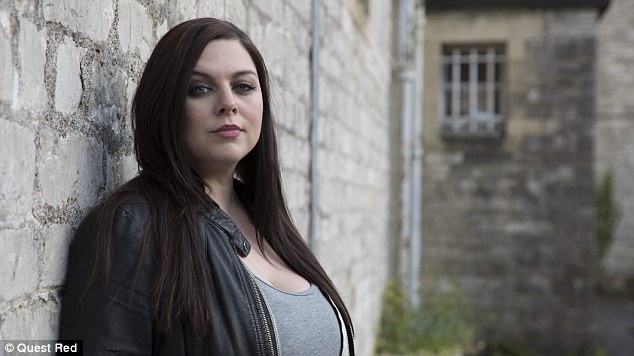 The pair are spooked when they hear what they believe to be the voice of a woman named Cassondra who tells them she didn’t want to die, which leaves the pair thoroughly shocked

Things only got spookier when through their Geoport box, a piece of technology which is used for spirit communication, they claimed to hear a voice confessing to being a thief.

Stood directly above the trapdoor where inmates were hanged, Katrina and Nick were stunned to then clearly hear a female voice who called herself Cassondra say: ‘I don’t want to die.’

The pair both gasped in shock as they admitted: ‘We’ve never experienced that before.

‘This spirit clearly bypassed the sound banks on the device and we heard a clear tonal voice coming through.’

Katrina added: ‘I have never heard a voice this clear come through on Geoport. It sounds like you are talking to somebody over the telephone, it’s unbelievable.

‘It just said “I don’t want to die”, when you hear a voice like that your heart just drops.’ 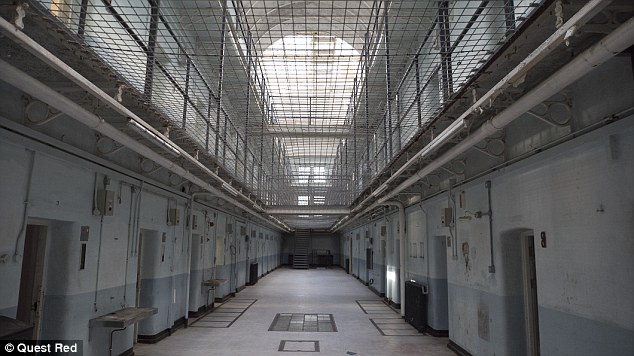 Shepton Mallet prison in Somerset is thought to be the most haunted prison in England, with the spirits of thousands of prisoners who died and were buried on the grounds still roaming

The pair were given a tour by their guide Paul who revealed his own shocking encounter.

He claims to have been haunted by a prisoner called Private Lee Davies, who had shot dead one woman and raped another, he had been sentenced to death at Shepton Mallet.

Paul recounted the prisoner’s last words ‘oh my god I am going to die’ to a group of tourists and at that moment he felt a pain on his left hand – he had what appeared to be a cigarette burn which left a scar.

‘When I started working here, I didn’t even believe anything like that. And that’s why I don’t tell people straight away because they are going to think I am completely mad,’ he told Katrina and Nick.

Throughout their 72-hour stay the duo also appear to see the shadow figure of the woman in white and hear hissing noises as bricks crumble down in one jail cell.

WHAT HAPPENED TO SHEPTON MALLET PRISON? 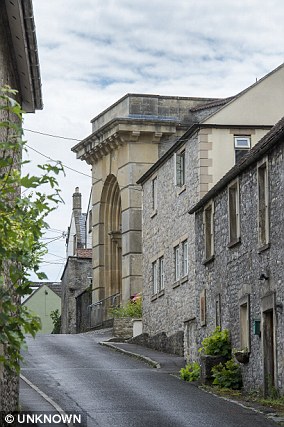 Shepton Mallet prison in Somerset was opened in the 1600s and closed in 2013, it is now a tourist attraction for brave ghost hunters

Britain’s oldest prison which was once home to notorious criminals including the Kray twins has shut after more than 400 years.

Shepton Mallet Prison in Somerset – officially known as HMP Cornhill – has been home to thousands of convicts since opening its doors in 1610.

The 189 inmates, who included murderers and sex offenders, at the Category C lifer, Grade II-listed prison were transferred to other jails around the country ahead of yesterday’s closure.

In the 1950s, the prison became home to London’s feared East End gangsters Ron and Reggie Kray, who were serving sentences for assaulting a police officer while AWOL from the National service.

Following the outbreak of the Second World War, the prison was used by the British military.

The War Cabinet sent some of the country’s most important historical documents there in case of invasion, including the Magna Carta and Domesday Book. 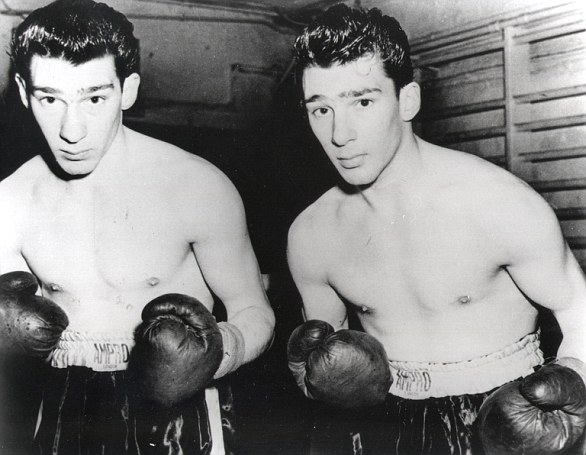 Amongst the soldiers held here were the Kray twins who, while serving out their national service in the gaol after absconding, met Charlie Richardson

Nelson’s logbook from the HMS Victory and dispatches from the Battle of Waterloo were also stored there, along with the agreement singed at the 1938 Munich Conference by Neville Chamblerain and Hitler.

Later in the war, the U.S. military used Shepton Mallet, including for the execution of 18 servicemen – nine of whom were convicted or murder, six of rape and three of both.

This harked back to the late 19th and early 20th centuries, when the jail hosted judicial executions.

A parliamentary inspection report from 1773 highlighted the squalid conditions there, painting a picture of an overcrowded, disease-ridden prison.

It closed in 1930 because of under use, with only 51 convicted criminals serving sentences there.

Shepton Mallet returned to civilian use in 1996 and a year later the execution block was turned into the prison library. It became a Category C prison in 1991.