Parents are left furious after soccer powerhouse Barcelona suddenly closes its Australian academies – leaving them out of pocket by a massive $251,000

Hundred of furious parents are demanding Barcelona’s soccer academy pay them back $251,790 spent on fees after it suddenly closed its Australian divisions.

The two academies in Brisbane and Sydney, as well as five in Canada, were shutdown at the end of April after BCN Sports, the company that ran them, went bankrupt.

Families estimate they collectively pre-paid $251,790 for the program, which included the ‘trip of a lifetime’ to participate in the ‘Barça Academy World Cup’.

The cost included flights and accommodation for the April tournament, which ended up being cancelled due to the coronavirus pandemic.

One of the Parents, Dax Anderson, said the company is yet to officially inform families about the closures of the two training schools although information they have received indicates it has shutdown.

‘I paid more than two thousand euros in December, and more than six thousand in January for the trip of my two children, my daughter, my wife and mine,’ he told a Barcelona radio station, SBS reports.

‘We are extremely upset by the lack of information from BCN Sports. And since it is an FC Barcelona academy, we are also very disappointed with the club.

‘No one has bothered to contact us to help us. Is this how a club that has values ​​such as respect, teamwork, fair play, etc. acts? A club with billions of dollars. It’s disgusting and an embarrassment to their image.’

The Wahroonga and Bunya-based academies, which combined had an estimated 400 pupils, have deleted their social media accounts and their website returns an error message.

They are operated by a separate company but the coaches still used the club’s coaching methodology. 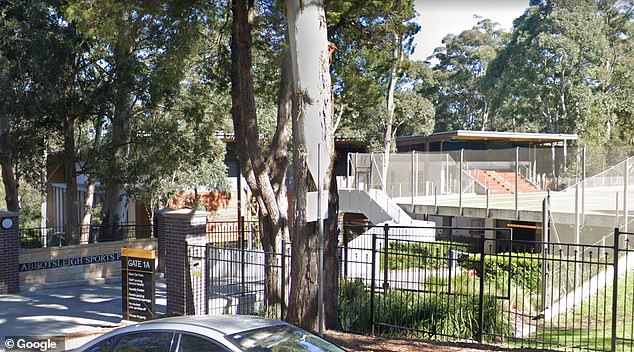 Last week, FC Barcelona released a statement on their website in regards to the closure of the academies based in Canada but are yet to release a statement about the Australian academies.

‘Futbol Club Barcelona is sorry to announce that the organizing partner of the five Barça Academies in Canada, BCN Sports Service Canada, has announced its decision to definitively close the five Barça Academy following the chain of events caused by the spread of coronavirus around the world,’ the statement read.

‘Futbol Club Barcelona thanks all of the boys and girls who have taken part in these Barça Academies over the years for enjoying themselves so much and learning to play football in accordance with the philosophy and understanding of sport that we share at the club.

Between 2018 and 2019, the club generated a record revenue of $1.48 billion AUD, however, last month it announced wage cuts may be implemented as the association battles through the financial effects of COVID-19.