Nathaniel and Jessica Zambottie took their children to a Big W store in Chermside, Brisbane, over the Australia Day weekend to buy an iPad.

But the family outing became tainted when their excited daughters, aged three and 10, ran over to look at a device and found a pornographic image saved as the home screen.

‘My 10-year-old daughter was shocked, she’s not exposed to that type of stuff, we have an iPad in the house but we have all of the safeguards on it,’ Mr Zambottie told the Courier-Mail.

‘An innocent 10-year-old shouldn’t have seen that, especially in Big W that’s normally a safe place for kids to go and see all of their toys and get excited.’

Mr Zambottie said he spoke a member of staff who then removed the image.

He said the employee handled the situation well, but that it was a ‘known issue’ and happens often.

‘Kids are always on the iPads at the stores… something should be done about it.’

Big W responded by turning off the power on all in-store devices nationwide to prevent further incidents.

‘The safety of the families who shop with us is our absolute priority,’ a Big W spokesperson told Daily Mail Australia.

‘We regret that our customer was exposed to inappropriate content and our store teams across Australia have taken immediate action and removed power from the devices to ensure this does not happen again.’ 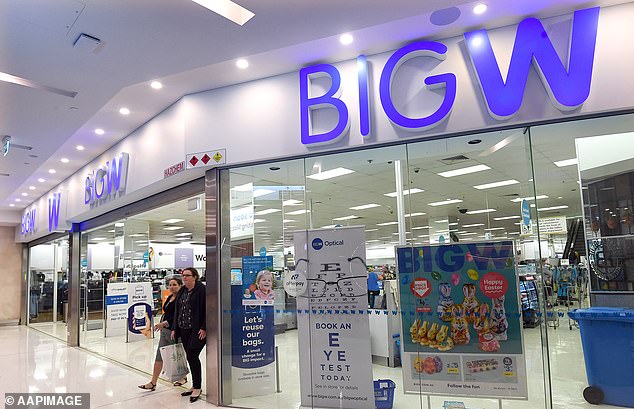 Big W responded by turning off the power on all in-store devices nationwide to prevent further incidents. Pictured: A Big W store in Brisbane