A newborn was left in a taxi after the parents forgot the baby was still asleep inside the car.

The family in Hamburg, Germany, were bringing the infant home from hospital for the first time when they absent-mindedly walked off from the vehicle without their new arrival.

They tried but failed to chase the taxi down and matters got worse when the driver clocked off for his lunch break without noticing the sleeping child, leaving it in an underground car park.

The terrified parents called police who finally tracked the baby down after another passenger had got in the taxi at Hamburg airport.

Missing: A newborn baby in Hamburg (stock photo) was left behind in a taxi after its parents forgot it was there and the driver clocked off for lunch

Hamburg police said the mother and father’s ‘heart must have stopped’ after they noticed the child missing.

Coming to the parents’ defence, they said it had been only seconds before the taxi drove off and they had another small child with them.

‘You’re only standing on the street for a few seconds before the taxi’s gone and you make eye contact with your partner,’ they said.

The mother may have thought the father was picking up the newborn, and vice versa, police suggested.

Describing the bizarre incident, they said: ‘The now four-person family climbed into a taxi in front of the hospital and travelled towards their home.

‘After arriving they climbed out, paid and said goodbye to the taxi driver.

‘The taxi had barely pulled away when the parents’ hearts must have stopped out of fright, because the newborn was still in the taxi.

‘Their attempt to run after the taxi was not successful, at which point the parents alerted us immediately. 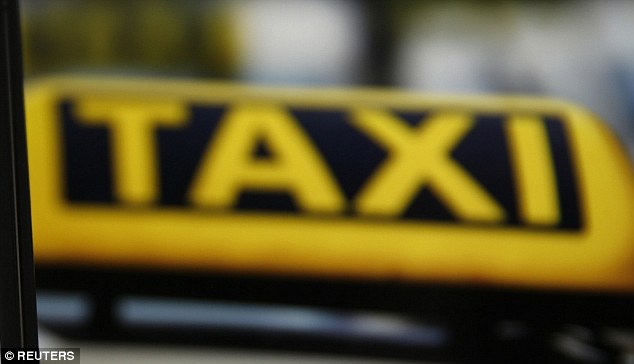 The taxi driver clocked off for his lunch break without noticing the sleeping child, leaving it in an underground car park (stock photo)

‘Because the baby didn’t initially make itself heard, and was presumably sleeping, the taxi driver didn’t notice his extra passenger on the back seat.

‘He drove away for his well-earned lunch break, during which he left the taxi in an underground car park.

‘After a while he returned (hopefully well-nourished) and set off for the airport in the hope of new passengers.

‘The new passenger was a little irritated about the person already aboard and alerted the taxi driver to the “carpooling” that was going on.

‘By now, the baby had also clearly woken up, because it made itself noticed and began to cry.

‘After the taxi driver also notified us, we were able to reunite the family after a short examination of the child by an ambulance crew.’