Parents beg family and friends not to gift their kids this one bargain Target toy for Christmas: ‘Get this for your worst enemies’

When it comes to Christmas presents, there’s one gift parents don’t want their children to receive this year.

An Aussie mum-of-two pointed out Target is selling a huge 92-inch plush teddy bear but was quickly slammed by others on Facebook.

The toy, which has been reduced from $999 to $299, was quickly dubbed a ‘horrible dust collector’ that would be difficult to store.

On the Target website the ‘ultra plush’ teddy towers over a small child and promises to be ‘perfect for cuddling’.

Target is now selling a huge 92-inch teddy bear that towers over children (pictured). But when the image was shared on Facebook parents quickly dubbed the product as a ‘horrible’ gift that’ll only sit in the corner and ‘collect dust’ 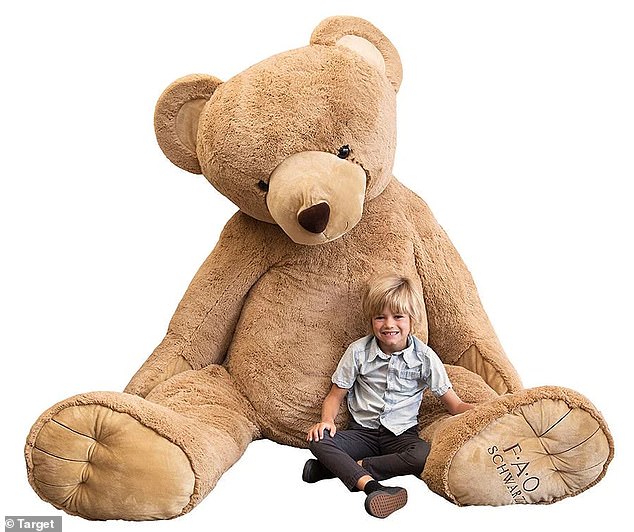 Would you buy a giant teddy for your kids?

An image of the FAO Schwarz Toy Plush Bear was shared to the Markdown Addicts Australia Facebook group where hundreds shared their opinions on the buy.

‘Only your worst enemy would give you this as a gift,’ one person wrote.

‘You buy this for my kid and I’ll gift your child slime every birthday and Christmas until you beg for forgiveness,’ another parent wrote.

A third asked: ‘And where would you store that dust collector?’ 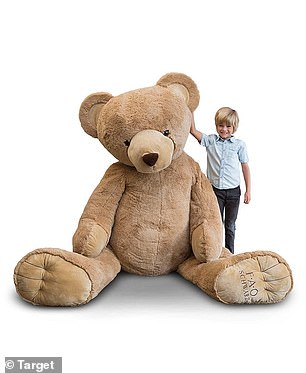 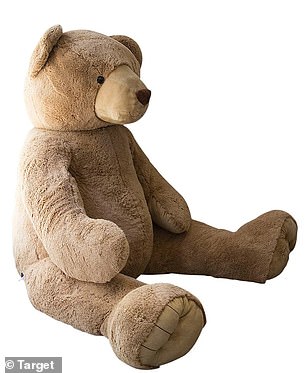 ‘Only your worst enemy would give you this as a gift,’ one person wrote on Facebook, another said: ‘You buy this for my kid and I’ll gift your child slime every birthday and Christmas until you beg for forgiveness’

One parent said they ‘wouldn’t even want this for free’ and another felt sorry for the delivery person having to carry the huge toy.

In addition to the price of the toy, customers will also be charged a $250 delivery fee, which also seems outrageous.

Others were in disbelief over the original price of the toy.

The release of the giant teddy comes after Costco launched similar huge products across stores.

Another woman expressed concern about the huge amount of volume the toys will take up in landfill.

‘Sick of seeing giant stuffed toys put out for council clean up. Future landfill,’ she wrote.

Despite the negative connotations, one customer who bought the bear left a positive review on the Target website.

‘Bear-y fun! This is a fantastic oversized novelty. It is huge! Great quality and as advertised,’ the person wrote.