The grieving family of a six-month old boy who died from meningococcal within two hours are still coming to grips with the with their terrible loss.

In the wake of their tragic loss the family are calling on health authorities to make changes that will protect future families from having to experience their pain, The Advertiser reported.

A family has been left grief stricken after their youngest child, six-month old Jordan Braddock, contracted meningococcal and died within two hours

‘Alexis told me this morning she wants to cuddle him [Jordan] and it’s really hard hearing it from her because she doesn’t understand,’ Ms Smith said.

Mr Braddock said the lack of awareness and available information about infants and vaccines had cost his family dearly.

‘It shouldn’t be “if you want to know, find out yourself”, it should be “you should know”,’ he said.

The family now wish to see an immediate statewide rollout of the B strain vaccine.

He said the impact of any new changes would easily outweigh the costs incurred by government.

Mr Braddock said the initial 7 News report that they could not afford the vaccine were false.

His parents did not notice anything out of the ordinary when they put their boy to bed last Saturday night but by the morning things had become serious.

When his parents found him quiet and limp in his crib they rushed him to the emergency department immediately, Jordan lost consciousness 20 minutes later.

Doctors tried valiantly to revive the toddler but Ms Smith said the swiftness of the disease was ‘devastating’. 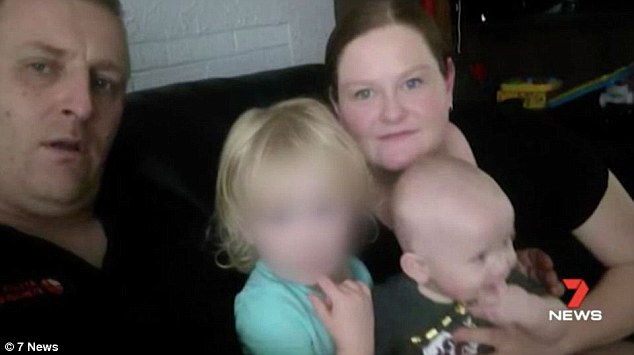 Jordan Braddock died within hours of contracting the meningococcal disease’s b-strain after it was revealed his parents were unable to afford the $350 vaccine.

Little Jordan died just two hours later, after the rash started to show up just 30 minutes after he was admitted to the emergency ward.

Jordan’s father Nathan Braddock posted to his Facebook expressing his grief at the loss of his boy.

The status had a picture attached that read ‘there’s a difference between saying goodbye and letting go’. 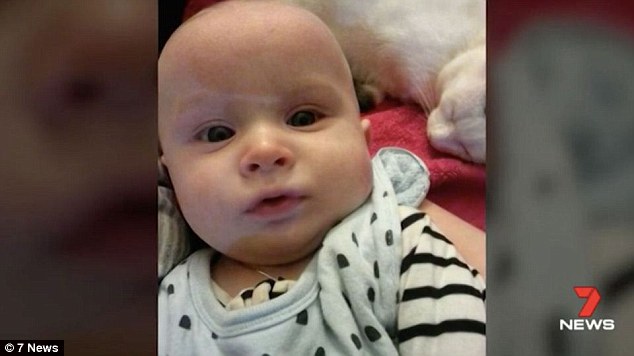 Jordan stopped breathing while doctors worked to save his life, they were unable to revive him

The post continued ‘goodbye is I’ll see you again when I’m ready to hold your hand and when you’re ready to hold mine. Letting go is I’ll miss your hand, I realised it’s not mine to hold and I will never hold it again’.

Jordan stopped breathing while doctors worked to save his life, they were unable to revive him.

Paul Goofellow survived meningococcal b-strain and said he knew first hand the importance of making the vaccine available for all.

‘There’s a medication, there’s something you can have for it, so I really think that it should be available to anyone and everyone,’ he told 7 News.

In another post to Facebook Mr Braddock said that his daughter and Jordan’s older sister, Alexis, already missed her baby brother.

‘You are taken way too soon,’ he wrote.