The parents of a Notre Dame University student left with permanent injuries after he fell from a stairwell during a campus party have filed a lawsuit against the prestigious Catholic college.

Tennant, who hails from Gurnee, Illinois, is now unable to walk or talk without assistance, and requires help bathing and dressing, according to The Chicago Tribune.

Sean Tennant,  20, suffered a depressed skull fracture, a brain hemorrhage and severe trauma to his spine after he plunged 30 feet inside Notre Dame’s Sorin Hall residence on January 27 last year. His parents have now filed a lawsuit against the prestigious Roman Catholic college

The Tennant family lawyer, Peter Flowers, says its unlikely the youngster’s condition will improve over time, and he is now facing a lifetime of lost wages and hefty medical bills.

Tennant’s parents, Stephen and Debbie, have become his full-time carers and they filed the suit against Notre Dame in Indiana on Tuesday.

The lawsuit accuses the elite college of negligence, and says Tennant’s injuries were entirely avoidable.

At the time Tennant fell from the second-floor staircase into the concrete basement he was attending a residence party held in Sorin Hall.

The suit alleges that Sorin Hall’s adult rector was not in attendance at the time, despite the fact he had knowledge that the gathering was taking place.

The Tennants further claim that Notre Dame ‘actively encouraged’ a ‘quasi-fraternity atmosphere’ at its various residences. 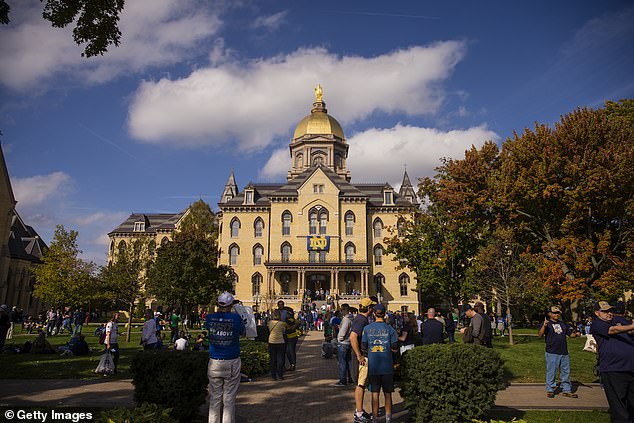 Stephen and Debbie Tennant filed the lawsuit against Notre Dame University in Indiana on Tuesday. The elite Catholic college is pictured 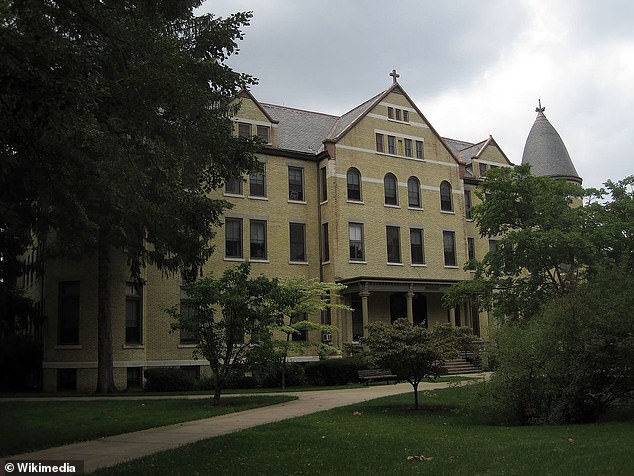 Tennant was attending a party held in Sorin Hall (pictured), located on the Notre Dame campus

Unlike many colleges, Notre Dame does not have fraternities or sororities – but they do encourage students to live in on-campus accommodation for all four years of undergraduate study.

According to The Chicago Tribune, the school prohibits minors from drinking alcohol, but students over the age of 21 are able to consume liquor in their rooms.

Flowers says that Tennant, who was 18 at the time of the accident, never drank in high school and was ‘was introduced to alcohol at Notre Dame.’

It is believe he was drinking at the time he fell from the staircase, but his blood alcohol level has not been publicly released.

‘They [Notre Dame] encourage the kids to act like the dorms are fraternities, where you’ve got kids of legal age mixed in with underage kids and inadequate policies and procedures in place, creating an unreasonably dangerous environment,’ Flowers told The Tribune.

The Tennants also allege  the ‘inspection, maintenance, repair, management, and operation of Sorin Hall… has allowed it to fall below current building code standards’. 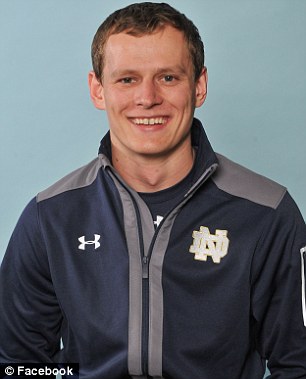 In 2015, University of Notre Dame student William Meckling died after falling from the wet roof of the campus sports arena

They are seeking an unspecified amount in compensatory and punitive damages.

Notre Dame has not yet released a statement in response to the lawsuit.

It’s not the first time a tragic accident has occurred at the school involving a male student falling from a building.

Back in 2015,  Notre Dame senior William Meckling died after he slipped from the wet roof of a campus sports stadium.

Meckling was under the influence of alcohol at the time he fell 35 feet from the Joyce Center.

His death was ruled an accident and his family did not file a lawsuit.

However, back in 2011, Notre Dame was ordered to pay $77,500 in fines after student Declan Sullivan fell from a hydraulic tower that toppled over in high winds.