Six years after his death, Trayvon Martin’s name is known throughout the country as a symbol of social injustice and a rallying cry for the Black Lives Matter movement his killing helped forge.

Yet Trayvon was initially identified by the authorities as a ‘John Doe,’ something that his father, Tracy Martin, still finds unsettling.

The 17-year-old was shot and killed in an altercation with Hispanic neighborhood watch volunteer George Zimmerman in Sanford, Florida, on February 26, 2012.

It took enormous pressure for the police to release Zimmerman’s 911 calls from that evening, which captured Zimmerman chasing after the hoodie-clad high-schooler, who was armed only with Skittles and an Arizona Iced Tea.

It was six weeks before Zimmerman, who was ultimately acquitted, was arrested after claiming self defense.

That Trayvon might easily have remained anonymous to the wider public is one of the indelible impressions left by the six-part documentary series ‘Rest in Power: The Trayvon Martin Story.’ The first episode premiered Friday at the Tribeca Film Festival. 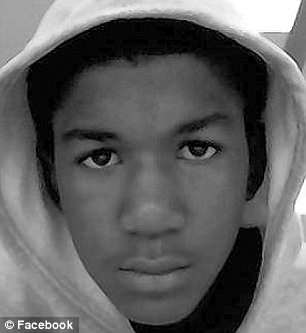 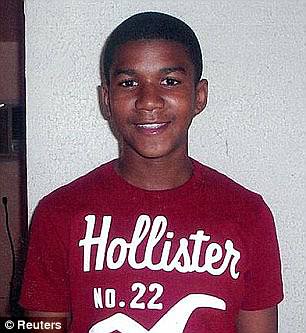 Trayvon Martin (left and right) was 17 when he was shot and killed in an altercation with Hispanic neighborhood watch volunteer George Zimmerman in Sanford, Florida in 2012

‘The state really tried to sweep this whole scenario under the rug,’ Martin said in an interview. ‘We had to go through hell and high water just to get an arrest. They weren’t going to arrest the individual who killed our son. That’s kind of been forgotten.’

‘Rest in Power,’ produced by Jay-Z and premiering in June on the Paramount Network, charts the long, hard-fought journey that began as a family’s tragedy but grew into a nationwide protest movement on civil rights, gun violence and racial profiling.

‘It took my son being shot down to stand up,’ says Sybrina Fulton, Trayvon’s mother, in the series.

Based on Fulton and Martin’s 2017 book ‘Rest in Power: The Enduring Life of Trayvon Martin,’ the series is also a painful reflection for Trayvon’s parents, who have remained politically active (Fulton campaigned in 2016 for Hillary Clinton) in an effort to honor their slain son’s legacy. In the series, Martin broken heartedly recalls going to his son’s room to smell his laundry, fresh with the scent of fabric softener.

Reliving the trauma was a difficult, if familiar experience.

‘We truly relive the story every day,’ said Martin. (He and Fulton divorced in 1999 but have stayed close.) ‘But it was emotional seeing it at this magnitude, seeing it put together from the perspective of someone else’s eyes. The satisfaction of seeing it put together so well from someone who’s not a part of the immediate family, it did hit home.’ 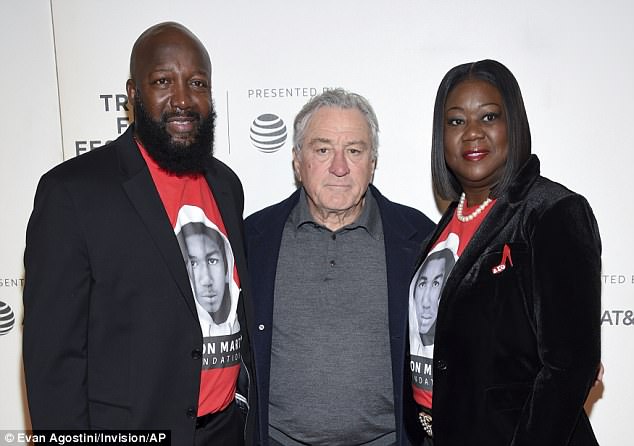 ‘There were a lot of things I had forgotten about,’ said Fulton. ‘That was a really, really dark period in my life. It’s a period of my life I don’t want to relive. To lose a child is different kind of pain. It’s a different kind of hurt.’

As much as Trayvon’s story is their story, too, the parents believe ‘Rest in Power’ holds lessons for all.

‘It’s a teaching tool. It’s a direct path to being engaged in many social justice issues that are plaguing our society today,’ said Martin. ‘We’re looking for this to be very impactful. We feel that the documentary is diversified. Everyone can relate to this.’

Since the incident, Zimmermann has tried to auction off the gun he shot Trayvon with, labeling it an ‘American Firearm Icon.’

In 2015, he was arrested for aggravated assault and domestic violence with a weapon after he allegedly threw a wine bottle at his girlfriend. 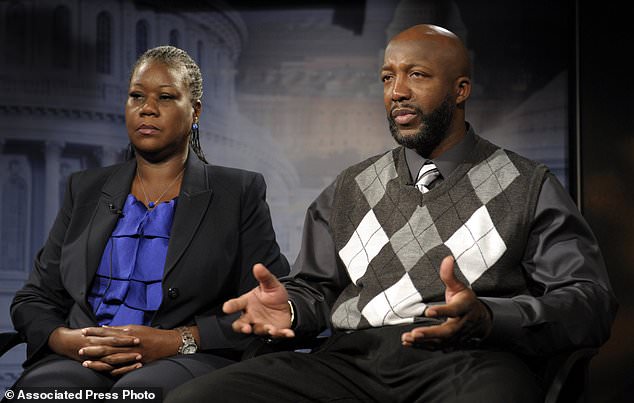 Sybrina Fulton, left, and Tracy Martin, parents of Trayvon Martin, are seen in a file photo. They are speaking out about the new miniseries based on their son’s death

He was acquitted in the shooting of Martin on the grounds of self-defense. The case brought new attention to Florida’s ‘stand-your-ground’ law, which was signed into law by former Florida Governor Jeb Bush with NRA lobbyist Marion Hammer by his side.

Martin and Fulton have advocated for gun control restrictions, focusing primarily on keeping guns out of the hands of ‘irresponsible’ people.

‘A lot of people are afraid to go at the NRA. But I have nothing else to lose. I’m a father of slain child,’ said Martin.

‘With this new administration in office, it’s been a setback. There’s not been enough attention focused on the humanitarian aspect of it all. Recently, the focus has only shifted because of the Parkland incident. It had to take a Parkland incident for the country to say: Let’s make a change.’

Trayvon’s parents, who have considered running for political office, have high hopes for ‘Rest in Power.’ But they also have one simple goal.