The parents of two teenage boys who were killed in a horror car crash while playing ‘Nerf Wars’ have sued the school district, claiming school officials should have stopped the game.

Lakeville South High School students Johnny Price, 18, and Jacob ‘Jake’ Flynn, 17, died off-campus in a December 2015 crash in the Minneapolis suburbs, after being thrown from a pickup truck that crashed.

The driver and another passenger survived. Law enforcement officials said the ‘Nerf Wars’ game was a factor in the crash.

Students who play the game shoot other teens with the soft Nerf projectiles to score points and win money. 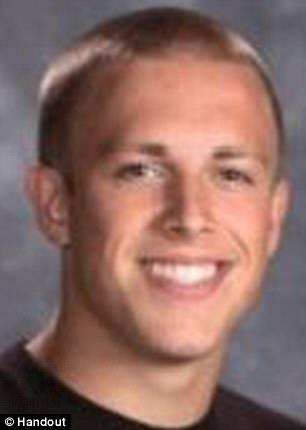 Johnny Price, 18 (left), and Jacob ‘Jake’ Flynn, 17 (right), were killed in the crash on 225th Street west of Dodd Boulevard, Lakeville in Minnesota on December 4 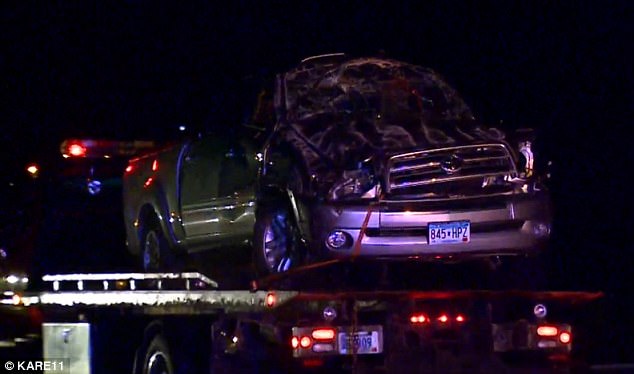 According to the game’s rules, schools and places of worship were safe zones, so students would ‘kidnap’ others after school hours and take them elsewhere to shoot with the spongy missiles.

The lawsuit against Lakeville Area Public Schools claims school administrators knew about the aggressive behavior associated with the game, but didn’t take action to stop it, the Star Tribune reported.

The suit cites two Twitter accounts devoted to the game that were followed by teachers, coaches and other district employees.

It also cites a district email regarding an incident where a student was punched during Nerf Wars about two months before the crash.

‘They knew that kids were getting hurt. They knew this was escalating,’ said Greg Walsh, the families’ attorney. ‘They had an opportunity to protect the kids from a known danger and they failed.’ 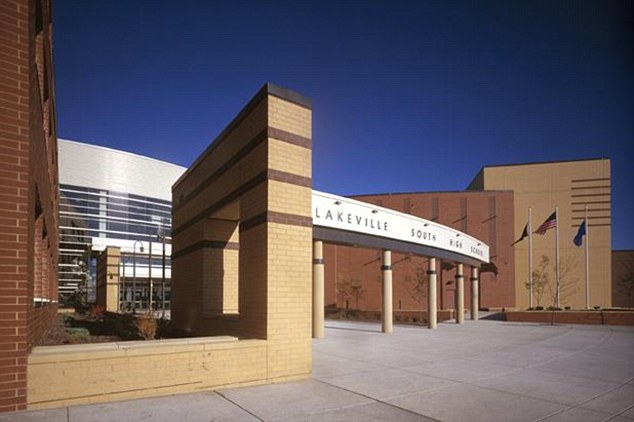 The district denied it had any liability in a statement.

‘We continue to grieve for the loss of Jacob Flynn and John Price,’ the statement said.

‘However, the auto accident that claimed Jacob and John was in no way connected to a sanctioned or supported school activity, in fact the single car accident was over two miles away from the school after school was over for the week. Therefore there is no liability or fault on behalf of Lakeville Schools,’ it continued.

There were four teens in the truck at the time of the crash. Driver Alexander Hughes, then 17, was rushed to hospital with serious injuries while a fourth teen, Mason Kohlbeck, then 18, was found wandering dazed nearby after the rollover.

Police believe Kohlbeck was the only one in the vehicle wearing a seatbelt.

Authorities said Hughes had been driving when the vehicle suddenly veered off the road to the right and hit the gravel before he overcorrected – sending the truck into ‘a barrel roll’.

Multiple Nerf guns were found in the truck and police believe there may have been some kind of scuffle or horseplay that led to the crash.

At the time of the crash, no charges were filed. Dakota County prosecutor James Backstrom said the teens were willing participants in the game, and that Flynn got in the truck knowing that the other three teens were on the opposing team.

NERF WARS: HOW THE GAME IS PLAYED

Nerf Wars is a popular game with high schoolers who often schedule a game with proper rules and occasionally even bet on the outcome.

They involve teams or individuals shooting at each other with plastic Nerf guns – which fire soft foam bullets.

Games can be informal and impromptu – and there are many organizations offering monthly games or annual events.

Over time, a generalized set of rules has evolved which states that typically only Nerf Gun blasters can be used against opponents, and any other sorts of violence such as kicking or punching or forbidden.

Teams must decide before the game starts, how many ‘hits’ it takes for a player to be declared out, and whether it is possible to ‘respawn’ or tag back into the game. 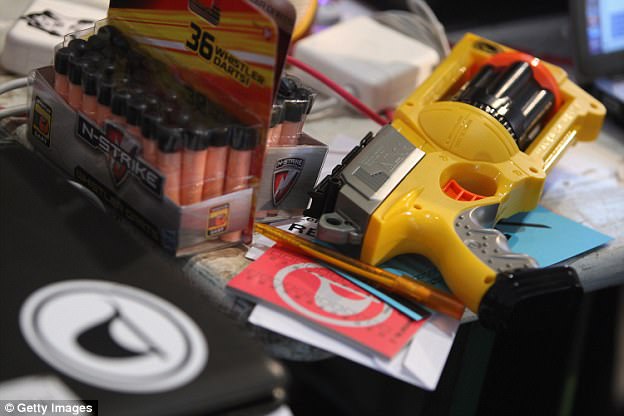