From Chlamydia and Nike to Armani and MAGIC: Parents share the most bizarre children’s names they’ve come across at daycare

Mums from around the world gave gathered in an online forum to share some of the weird and wonderful baby names they’ve come across – and they don’t disappoint.

In a recent discussion about names heard at daycare on the website Netmums, names inspired by fashion brands like Nike, Adidas and Armani were some of the most common.

One woman said when she’s visited schools for work she met children named after luxury car brands Porsche and Mercedes while others said they had heard food and drink-inspired names like Lettice and Champagne.

In a recent discussion on Australian website Netmums, mothers have revealed the most unusual baby names they’ve recently heard

One of the most unusual names a woman heard recently was ‘Chlamydia.

Hyphenated monikers were also common in the form of Essence-Star, Aquamarine-Melody and Maikayda-Bliss while another woman said she knew children named Precious, a girl, and Magic, a boy.

It seems as if most names were inspired by clothing brands for names such as Nike, Adidas and Armani

What were some of the unusual names that made an appearance?

‘I taught a lovely little girl called Bliss. She was so sweet but not sure how that’s going to work as an adult,’ one woman said.

‘For the boys the strangest I have come across is Pharo (spelling?). I find the girls have stranger names that the boys in my school!’ 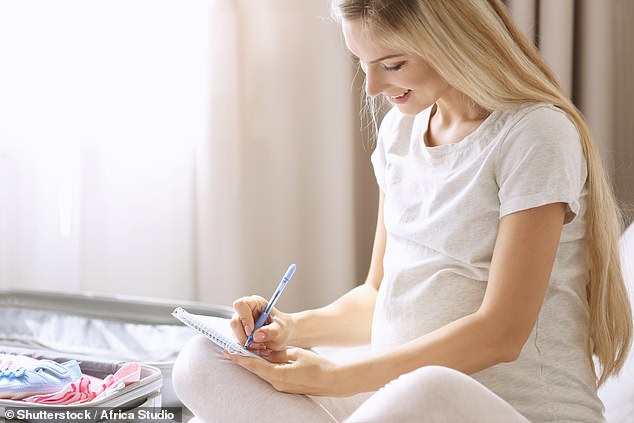 Another mum said the most unusual name she has heard is Aquamarine and that she’d recently come across a news story featuring a Gypsy-Angel.

Previously a report revealed the most popular baby names from 2018 – and there were some surprising new entrants.

Oliver and Olivia topped the list as Victoria’s most popular baby names in 2018, News Corp reported.

Oliver has been the most popular name for boys for the fourth year in a row while Olivia overtook Charlotte for the number one spot, putting Charlotte in second place.

The royal influence can’t be ignored either, as joining the name Charlotte was William in third spot and Henry in sixth.

A total of 436 Williams were born in Victoria last year and 363 Charlottes.

This was the first time the names Leo, Henry and Charlie made their entrance, while Matilda was the 10th most popular and the only new entrant for girls in 2018.