Parents should be more worried about measles than Covid, doctor warns

Parents should be more worried about measles than Covid this winter, a top children’s doctor warned.

Professor Russell Viner said it would be ‘the worse case of all scenarios’ if there was an outbreak.

The president of the Royal College of Paediatrics and Child Health also fears a ‘double whammy’ of flu and a second virus wave, which could overwhelm the NHS.

His warnings came after figures showed a 20 per cent drop in child vaccination uptake after lockdown.

The Public Health England report suggested the ‘stay at home’ messaging at the start of the pandemic had stopped children from being taken for the potentially life-saving jabs.

Professor Viner said it was more important than ever that children were protected against the ‘deadly but preventable’ conditions.

He said: ‘I’m far more worried about the risk to children of measles than of Covid-19.

‘Measles, whooping cough and diphtheria kill children but they are they’re incredibly unlikely to get seriously ill from coronavirus and exceedingly unlikely to actually die from it.

‘The worst of all possible case scenarios would be if we have an outbreak of vaccine-preventable conditions such as measles or whooping cough at the same times we have a second or third wave of coronavirus.’

Measles was effectively eradicated in the UK after the vaccine was introduced in the 1960s.

But falling vaccine rates, in part blamed on the growing anti-vaxxer movement, has seen cases climb again across Europe in recent years.

Last year, the World Health Organisation said the UK could no longer claim to have eliminated measles.

In October, the Daily Mail launched the Give The Children Their Jabs campaign to reverse declining rates by ending ignorance and misinformation over the jab.

It appeared to be working with NHS figures showing the number of children having the measles, mumps and rubella (MMR) jab had increasing for the first in six years in 2019.

The proportion of children receiving their first dose increased by 0.3 per cent to 90.6 per cent in 2019, still below the 95 per cent that health experts say is required for herd immunity.

But research suggests this progress could be wiped out by the pandemic, with rates falling by a fifth in three weeks in March.

Scientists at Imperial College London said the UK was now at an increased risk of infectious diseases following the Covid pandemic. 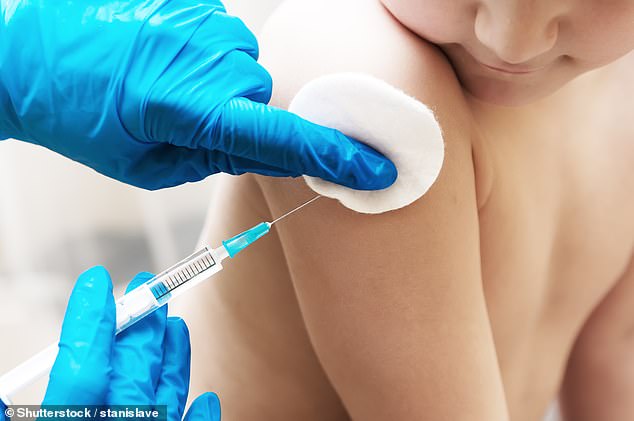 Public Health England figures showed a 20% drop in child vaccination uptake after lockdown, as the ‘stay at home’ message stopped children from being taken for jabs (stock photo)

A survey of 752 health visitors by the Institute of Health Visiting found more than 60 per cent reported contact with families who had considered cancelling or postponing their child’s vaccinations.

Parents have also expressed concerns about overburdening the NHS, and fear of exposure to covid-19 when attending for vaccination, they found.

Since the initial decrease, rates have risen again and are now comparable to pre-pandemic levels – but are still lower than last year’s numbers.

Health officials said it was ‘vital’ that parents ensure their children catch up on any missed vaccinations as well as get this year’s flu vaccine.

Despite flu it being responsible for an estimate 17,000 in Britain per year since 2015, Professor Viner said people had become too complacent about flu and see it as ‘a part of life’.

Unlike coronavirus, children are known to be super-spreaders of flu yet fewer than 65 per cent of children in all age groups were immunised last year, against a target of 75 per cent.

Professor Viner added: ‘Flu a serious condition then it kills the elderly and we are entirely complacent about it – it’s seen as part of life.

‘Parents get worried about children spreading Covid to grandparents when actually there’s very little evidence they do.

‘But actually one thing children will transmit to their grandparents if they get it is influenza. 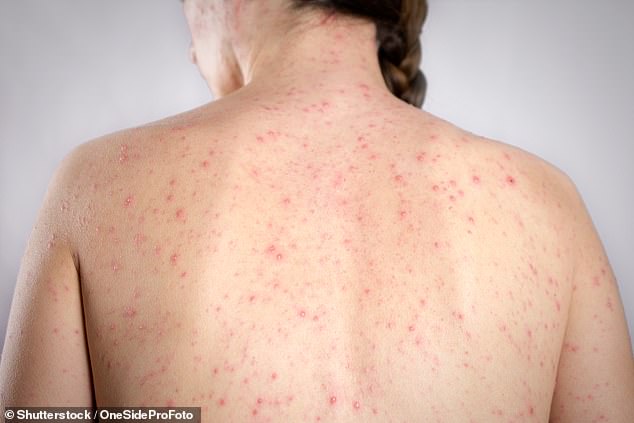 ‘This is one thing that people can absolutely prevent by getting their children vaccinated against the flu.

‘The potential that people don’t get vaccinated is that we have this double whammy of bad influenza and bad covid over the winter and the impacts going to be felt on the elderly in care homes and grandparents.’

The combination of a bad flu season alongside any second wave of coronavirus would be an ‘incredible problem’, he added.

Dr Elizabeth Whittaker, consultant in paediatric infectious diseases at Imperial College, said vaccinating children ‘not only protects them, but also their grannies and grandads.’

She said children ‘don’t need to be afraid of COVID’ and that a bigger risk going into winter came from preventable illnesses such as measles.

She said: ‘I would really love to see that parents understand that the risk of some of those vaccine-preventable diseases are greater than the risk of Covid-19 at the moment and vaccines are really important to protect against those.’