Parents slam ‘lunchbox police’ over their ‘ridiculous’ and ‘confusing’ rules

Angry parents have slammed a school’s strict and ‘confusing’ rules which lists the exact foods that are allowed or banned in a kid’s lunchbox.

One mother, from Perth, Western Australia, prompted a heated debate on social media after she asked other parents for food ideas to comply with her son’s primary school’s strict guidelines.

The table was split into two columns – with foods labelled under ‘recommended’ or ‘not permitted’.

However, muffins and pikelets are allowed in school lunches, as well as a ‘meat roll’.

But dozens of parents took particular issue with the ‘confusing’ guidance, with many questioning why yoghurt was deemed acceptable but yoghurt served in a pouch or tube were banned.

A fierce debate over ‘ridiculous’, ‘restrictive’ and ‘confusing’ lunchbox rules broke out when a mum asked for help with ideas to comply with her school’s strict guidelines, pictured 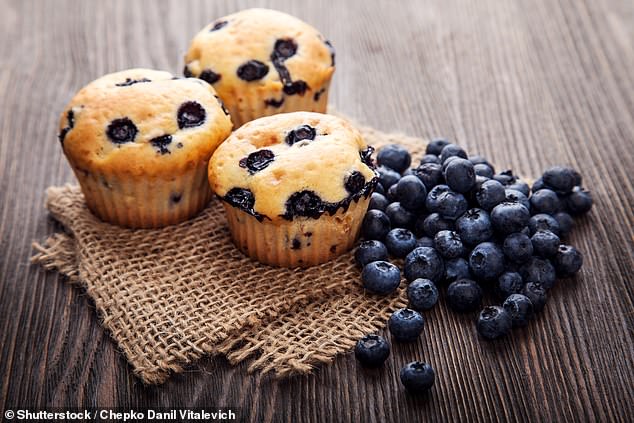 Do you agree with the school’s lunchbox rules?

‘You can also get sugar-free all natural yoghurt in pouches, yet they say no yoghurt pouches…. but yoghurt not in pouches is okay? Maybe it’s about packaging, either way it’s overkill,’ one woman wrote.

A second asked: ‘Wait… yoghurt is on both yes and no?’

Many didn’t agree with the strict lunch and recess guidelines, with one saying: ‘I’d be telling them where to shove it. This creates unhealthy relationships with food because the school labels them as bad from the beginning.’

Another suggested: ‘We should be teaching kids to eat a balanced diet and that all foods are fine in moderation.’

‘This looks ridiculous,’ a third said, while one added: ‘I would be pulling my kids out of there. That is micromanaging 101. They don’t have a right to dictate what you feed your kids.’

Other parents said if the school wanted to have such rigid guidelines they should ‘provide all meals’.

‘This is so stressful. I am dreading primary school lunches,’ one mum said.

Some even said they would pack whatever they wanted, except nuts, and deal with the consequences.

‘How about I feed my kid what ever I want and you mind your own business, apart from the nut thing because that is deadly so I will allow it,’ one wrote. 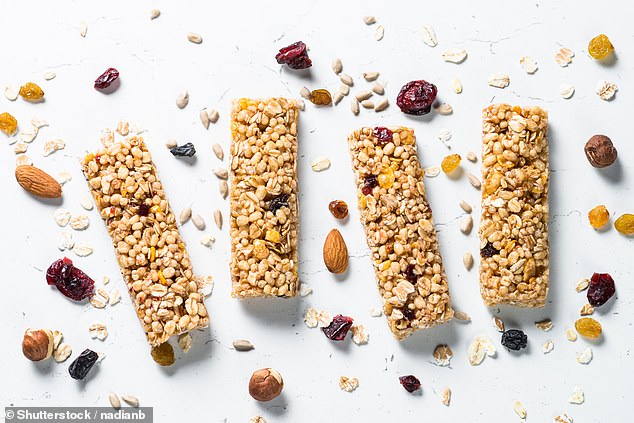 ‘I would be pulling my kids out of there. That is micromanaging 101. They don’t have a right to dictate what you feed your kids,’ another said. Stock image – muesli bars are not allowed (stock image)

But others warned the lunch could be confiscated if it didn’t meet the criteria.

‘My nephew went to school with an egg and lettuce sandwich on wholemeal bread but it was taken off him because of the no egg policy. He was given an apple to replace his healthy, filling lunch,’ a woman said.

Some said the rules dictated to rather than educated the kids on nutrition.

‘I just worry this level of restriction creates an unhealthy relationship with food in kids. They end up thinking they can never eat a cupcake because they learnt at school that it was bad,’ one woman said.

‘This is a surefire way to see kids developing eating disorders,’ another said.

Meanwhile, some agreed with the list, with one saying a classroom full of ‘sugar laden’ kids would be a nightmare.

‘I don’t have a problem with this list… Pretty much what I send on a daily basis. Sounds like the school is wanting to eliminate waste and most high sugar foods. Isn’t that a good thing?’ one mother wrote.

What are the modern school canteen guidelines?

The national guidelines work off a traffic light system.

Green: Always on the canteen menu

* are the best choices for a healthy school canteen

* contain a wide range of nutrients

* should be available every day

* if eaten in large amounts, may increase the amount of energy

Red: Not recommended on the canteen menu