Parents think they’re better than their own moms and dads

Overall, people seem to think they’re doing at least a slightly better job at raising their kids than their own parents did with them.

In a new survey conducted by SeniorLiving.com, 1,000 American parents shared how they thought their parenting skills compared to their parents’ skills — and for the most part, people rated themselves more favorably.

The data was broken down into several infographics that cover topics like overall parenting abilities, closeness with one’s children, and strictness.

Though only 40% of those polled think they’re better parents than their parents were, those who think they ARE better do so by a lot – enough to bump up the average 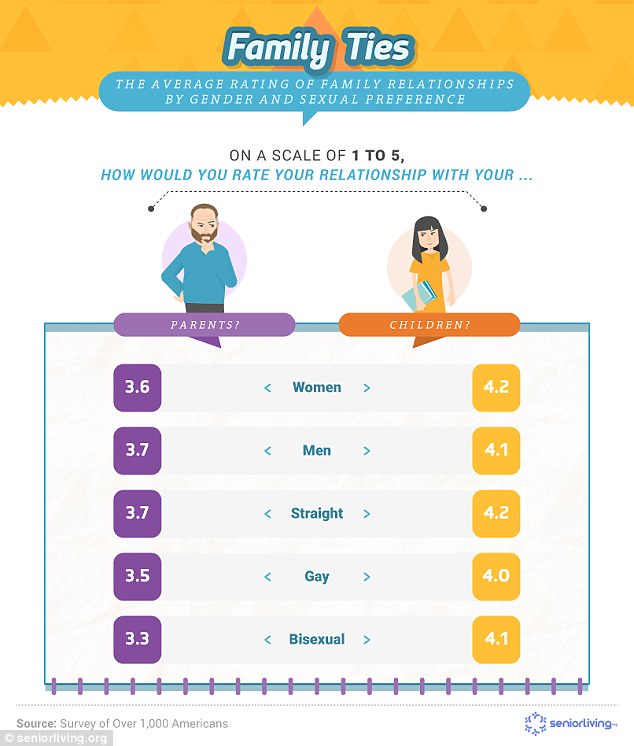 The statistics were roughly the same across these demographics 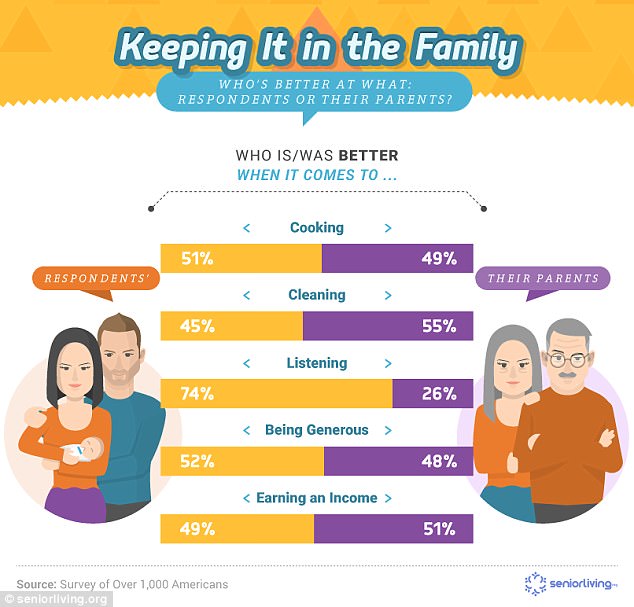 The parents surveyed were of all ages — meaning it’s not just millennials with little kids who think they’re doing a better job than the generation before them, but Boomers thinking they improved upon their parents’ techniques as well.

Of all of those surveyed, only 40 per cent said their parenting skills are superior to those of their own parents.

However, they all must have thought they were much better at the job, since overall parents reported being an average of 12 per cent better than the previous generation. The average rating out of 5 for themselves was 3.6, compared to 3.2 for their own dear old moms and dads. 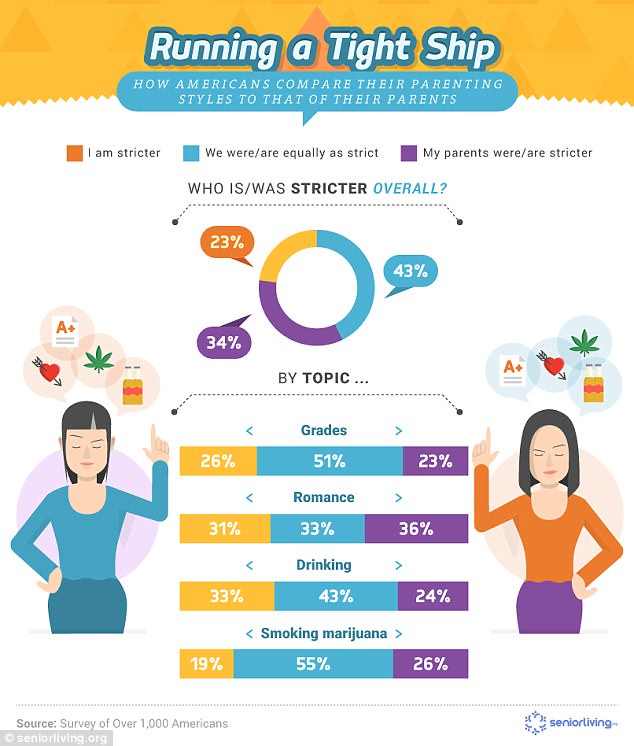 For the most part, parents think they’re about as strict as their own parents were 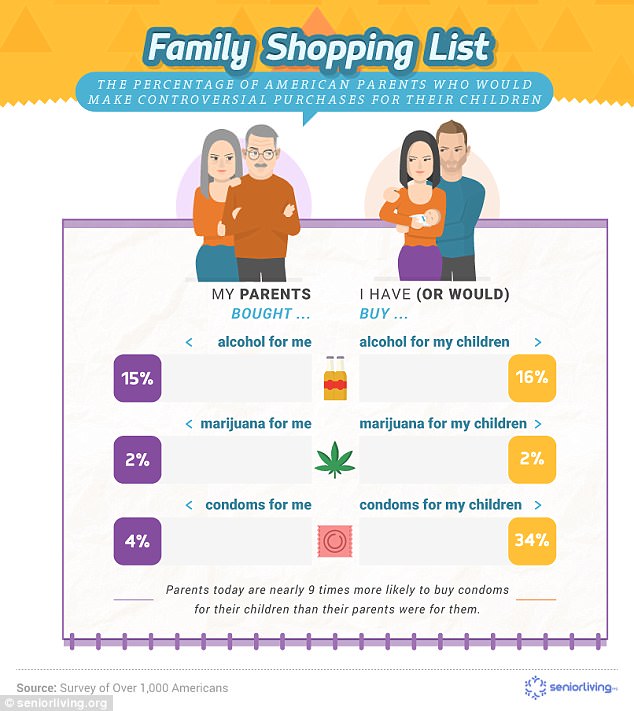 However, 34% said they’d buy their own kids condoms, but only 4% said their parents were just as ready to play wingman

Specifically, respondents said they were better at listening by a long shot, and also better at cooking and being generous. They gave their own parents credit for being better at cleaning.

As for who ran a tighter ship, the numbers were pretty even. Over half said they’re just as strict as their own parents when it comes to grades and marijuana use.

The most, 43 per cent, said they’re also equally strict on drinking — though 33 per cent admitted they’re the ones who are stricter.

On the subject of dating, however, those polled said they’re much more hands-off than their mothers and fathers were.