A husband and wife from Indiana have been charged with multiple counts of incest and molestation for allegedly having sex with the woman’s three children for years.

Keylin Johnson, 52, and Sheila Johnson, 44, were arrested on February 27 in Ladoga and were being held in the Montgomery County Jail on $50,000 bond each as of Wednesday morning.

The Johnsons both have been charged with more than a dozen counts each of child molestation and incest.

Keylin also has been accused of possession of child pornography, while his wife faces an additional count of bestiality involving a sexual interaction with the family dog. 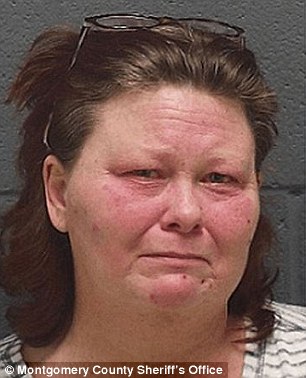 Vile crimes: Keylin Johnson (left), 52, and Sheila Johnson (right), 44, have been charged with more than a dozen counts each of child molestation and incest targeting the mother’s son and two teen daughters

The case began unfolding on February 25 when the woman’s 19-year-old son came forward about the abuse to a friend, who then went to the police.

The young man and his 17-year-old sister told investigators that the alleged sexual abuse began in 2012, a short time after Keylin Johnson came to live with Sheila and her children, and continued for the next five years as the family moved from city to city, reported the Journal Review.

According to an affidavit, the man convinced the 19-year-old boy that incest ‘was a normal way of live and ‘the best way to build a family bond was to have sex with your parents, particularly your mother.’

‘He also advised it was safer to have sex with people in your own family, rather than strangers,’ the documents said.

Sheila Johnson’s eldest son also claimed his mother was having sex with the family dog.

During the interview, the brother and sister expressed concern to the police for the well-being of their youngest sibling, aged 13, who was still living at home. The girl was removed from the Johnsons’ household the following days by the Department of Child Services.

According to court records, the 13-year-old told investigators that both of her parents ‘would do gross things,’ including showing her pornography and having sex in front of the children in the home. 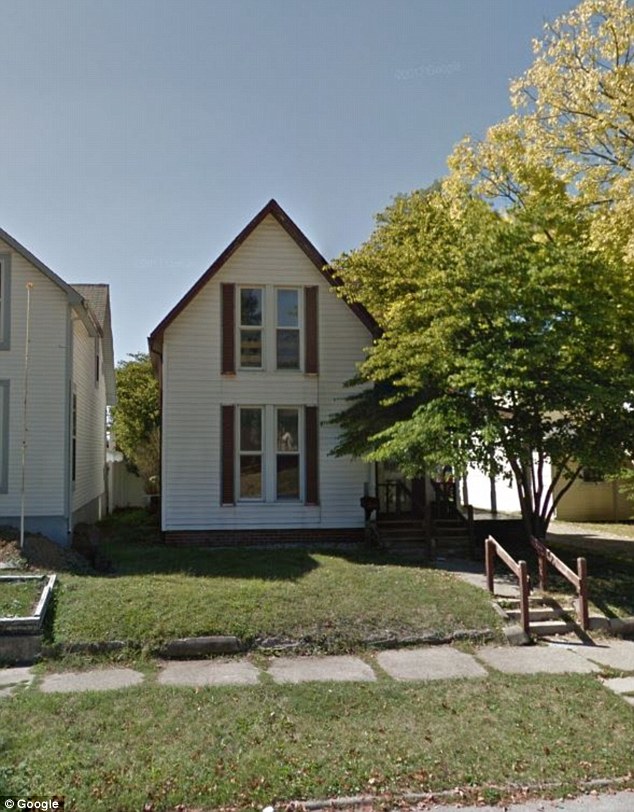 The couple lived in this home in Ladoga, Indiana, with the woman’s three children’s until their arrest on February 27

When questioned by police, Sheila Johnson allegedly admitted to child abuse and incest with two of her children and an attempt at bestiality with the dog. Court records state that the woman said her husband was interested in sexual role playing and suggested to her ‘mother-son sex scenarios,’ reported WISH-TV.

The 52-year-old man also confessed to downloading and saving nude photos of one of his wife’s children.

Police have seized a laptop and phone allegedly belonging to the husband, which was found to contain sexually explicit videos and still phone showing his 13-year-old stepdaughter.

The man allegedly threatened the child that if she reported him to police, he would show them the nude images and her mother would be sent to prison.

Sheila Johnson is scheduled to go to trial on July 31. Her husband’s trial was set for August 14.