Parents who kept their son, five, in a cat cage and scalded him to death are jailed

A mother and father who kept their five-year-old son in a cat cage before scalding him to death have been jailed for 27 years.

Father Ridzuan Mega Abdul Rahman was also sentenced to 24 lashes with a cane.

Azlin Arujunah (right) and Ridzuan Mega Abdul Rahman (left), both 28, have been jailed for 27 years 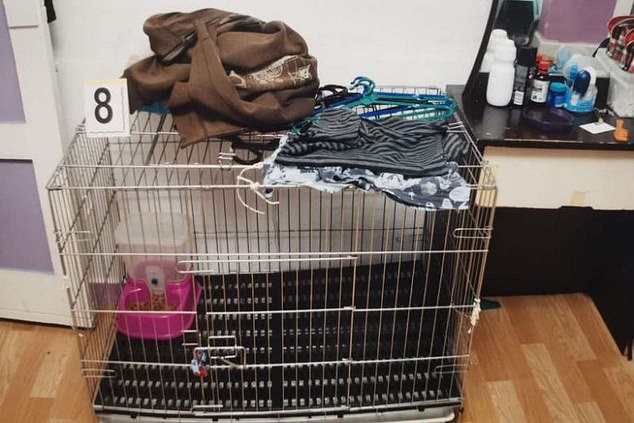 Mother Azlin Arujunah will serve an extra year in prison in lieu of caning after the judge declared they were equally to blame for the boy’s death.

Prosecutors have described the case, which was heard at Singapore’s High Court,  as ‘one of the worst cases of child abuse’.

The trial, which began on November 12, heard how their five-year-old son had died in October 2016 after being scalded by 198F (92C) water which had caused burns to 75 per cent of his body.

In total the couple scalded the boy with hot water on four occasions between October 15 and 22, 2016, at their one-bedroom apartment in Toa Payoh, Singapore.

On one occasion, the boy yelled ‘are you crazy or what?,’ which angered the parents into dousing him with more steaming liquid, prosecutors said.

His mother wanted to bathe him but the child refused. His was called to discipline him and he poured a flood of hot water over his calf and back, the court heard.

The boy then toppled forward and stopped moving.

Rather than immediately seeking medical attention, the parents waited six hours to take the boy to hospital.

On the first day of the trial the court heard how the five-year-old was kept in a cat cage and tortured with heated spoons and pliers for months before he died.

His death was caused by blows to the head and a deluge of 198F water poured over his back and calves, prosecutors said.

Pictures of the boy’s injuries were shown on a screen in court.

He had a fracture to his nose and bruising on his limbs, scalp and lips as well as his gums being torn, the pathologist said.

The child, who has not been named due to a court order, died just a day after he was admitted to hospital.

A foster family had taken the boy in shortly after his birth in 2011 but he later returned to his biological parents in 2015. 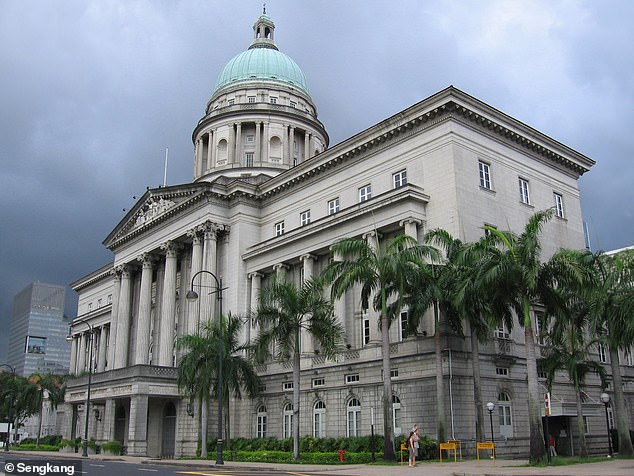 Rather than immediately seeking medical attention, the parents waited six hours to take the boy to hospital. The couple stood trial at Singapore’s High Court (pictured)

The pair, who are unemployed and have other children, also confined the child to a pet cage, pinched him with a pair of pliers, hit him with a broom and burned his palm with a heated spoon.

During the sentencing, Justice Valerie Thean described confining the boy to a cage as ‘extremely cruel’.

The pair were originally charged for murder with common intention to inflict fatal scald injuries on the boy, but were formally acquitted of murder in June and instead convicted of causing grievous hurt by dangerous means for the acts of scalding.

The prosecution has since filed an appeal against the murder acquittal.