Parents will be BANNED from smacking their children in France

French politicians have passed a law banning parents from smacking their children.

The French parliament voted today to outlaw corporal punishment in a bid to make sure parents do not overstep their authority.

The bill on ‘corporal punishment or humiliation’ seeks to ensure that parental authority is exercised ‘without violence’ of any sort, including ‘physical, verbal or psychological’ violence.

Despite 85 per cent of French parents saying they resort to smacking their children to discipline them, the National Assembly passed the bill.

MPs voted it through 51-1 early Friday morning, after a late-night debate, and it will now pass to the Senate.

The move has largely been seen as a symbolic ban on parents smacking their children, as although the practise has been condemned by the UN, it still enjoys widespread support in the country.

Attempts by previous governments to ban the practise have been scuppered by conservatives.

A 2016 bill condemning the smacking of children was later struck down by the Constitutional Council, which vets legislation, because it was adopted in the form of an amendment to an unrelated piece of legislation.

Schools have long been banned from physically punishing children, but not parents.

According to the non-governmental Childhood Foundation, 85 per cent of French parents resort to corporal punishment, to the dismay of many European neighbours, including Sweden and Germany.

Crucially, the bill would not sanction parents who continue to ‘discipline’ their children as its main goal is ‘educational’ – a way to encourage society to mend its views, according to Maud Petit, the MP who sponsored the measure. 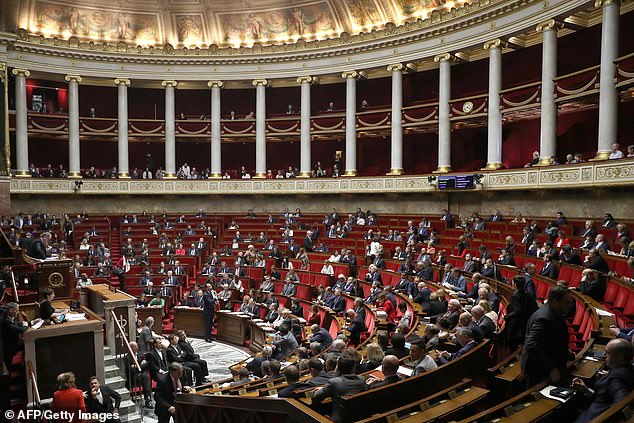 But it will slap down a 19th-century addendum to the Civil Code’s definition of parental authority, which is read out to couples taking their wedding vows and which specifically allows for ‘disciplining’ children.

It will also bring France into line with international legislation.

In March 2015, human rights organisation the Council of Europe singled out France for failing to ban smacking, unlike most other European countries.

A year later, the UN Committee on the Rights of the Child took up the issue, calling on France to ‘explicitly prohibit’ all forms of corporal punishment of children.

Those in favour of the ban say scientific studies prove that children suffer both mental and physical consequences when smacked.

If the bill is adopted, France will become the 55th state to ban corporal punishment of children, a move started by Sweden in 1979.