The Marjory Stoneman Douglas High School’s yearbook staff paid a touching tribute to the therapy dogs that have been comforting students at the Florida school where the deadly 2018 mass shooting occurred.

The school’s ‘Aerie’ yearbook staff tweeted out a photo of the dogs’ yearbook page, showcasing the 14 therapy dogs, each smiling in individual portraits which were professionally shot and matched those taken of the students.

Therapy dogs were first brought to the school to two weeks after the Valentine’s Day 2018 shooting occurred to help survivors cope with the incident which left 17 students and staff dead at the school in Parkland, Florida. At one point, there were as many as 40 of the dogs on campus. 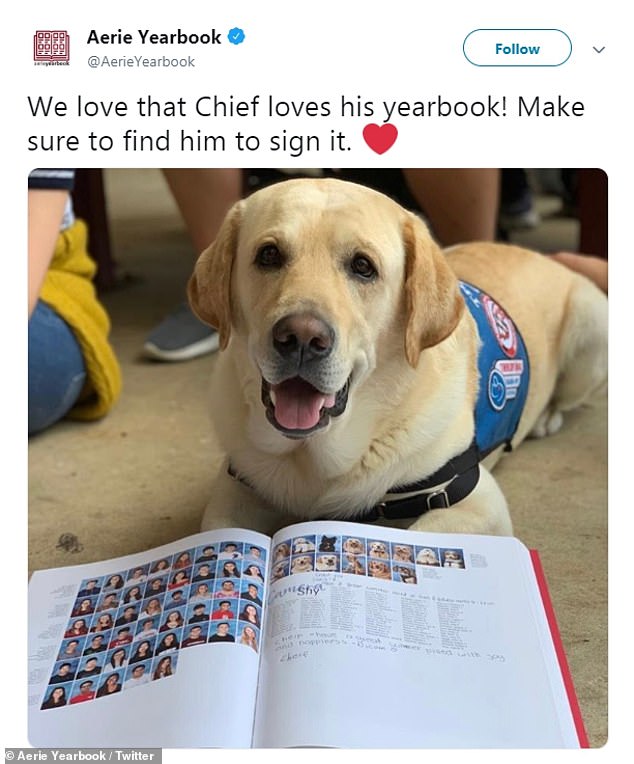 These 14 featured dogs, however, have been on the school’s campus daily all year, attending classes, greeting the teens during lunch and wandering the hallways while interacting with students and helping to ease their anxiety.

The yearbook staff decided to highlight the dogs as ‘a mood lifter.’

‘Including them was a really good representation of our school and what we have gone through,’ rising editor-in-chief Caitlynn Tibbetts, 17, told BuzzFeed News. ‘Seeing them is something we look forward to every day. These dogs are going to be there until the last of us are gone.’

Tibbets also noted, one year after the shooting, the yearbook staff wanted to find a way to ‘give proper representation’ of the school as it is now, ‘without giving so much focus to what happened to us in the past.’ 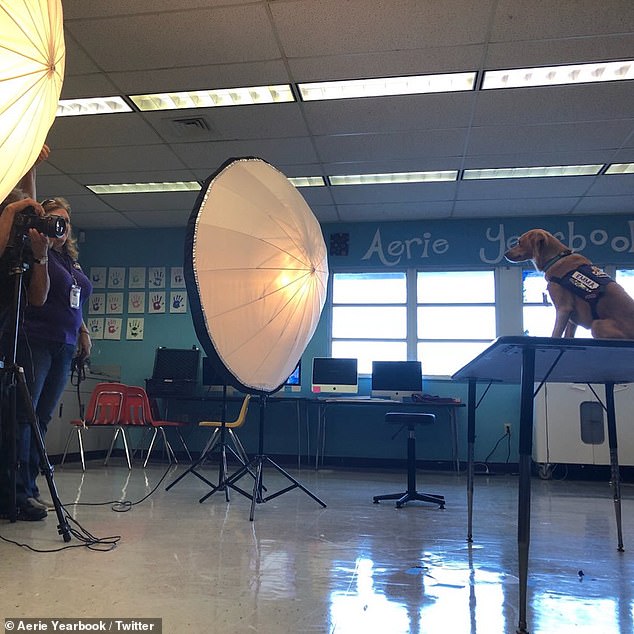 The yearbook staff tweeted out behind-the-scenes photos of the therapy dogs posing for their portraits. The dogs had been on campus every day of the school year 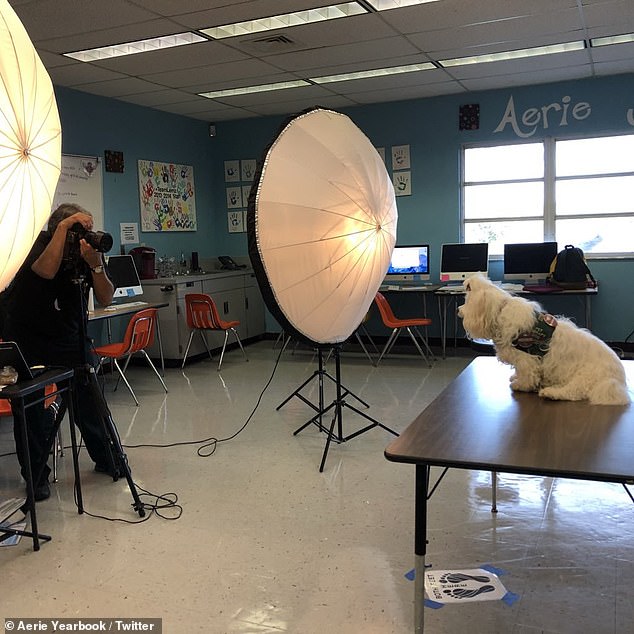 The 14 dogs were provided to the school by multiple organizations including South Florida’s Canine Assisted Therapy Inc. and the Humane Society of Broward County

Including the therapy/service dogs in the yearbook is the best decision we’ve made so far like this one dog had a bowtie and my heart ??? pic.twitter.com/ecP9X01wqD

‘The therapy dogs are the one thing from last year that is permanent and positive,’ Tibbetts said.

Teacher and yearbook adviser Sarah Lerner told TODAY that River, a Bernese mountain dog, was the first of the therapy dogs to get her photo taken during school picture day.

‘River became a part of their family last summer, so River belongs to the school for all intents and purposes,’ Lerner said.

The yearbook staff then decided to include pictures of the 13 other dogs, who were photographed during the student’s retake and makeup picture day.

The dogs’ pictures can be found in the layout following the last page of underclassman yearbook photos.

In addition to the Bernese mountain dog, the therapy dogs include Golden Retrievers, Labradors, Golden Doodles and a Shih Tzu-Yorkie mix, according to the Orlando Sun-Sentinel.

The dogs were brought to the school from South Florida’s Canine Assisted Therapy Inc., Share-A-Pet, Therapy Dogs International and the Humane Society of Broward County. 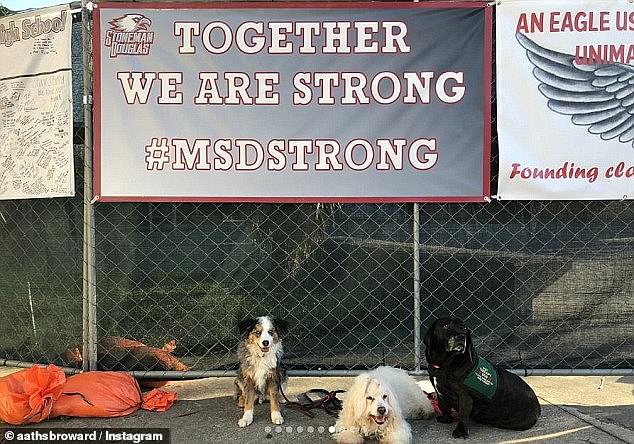 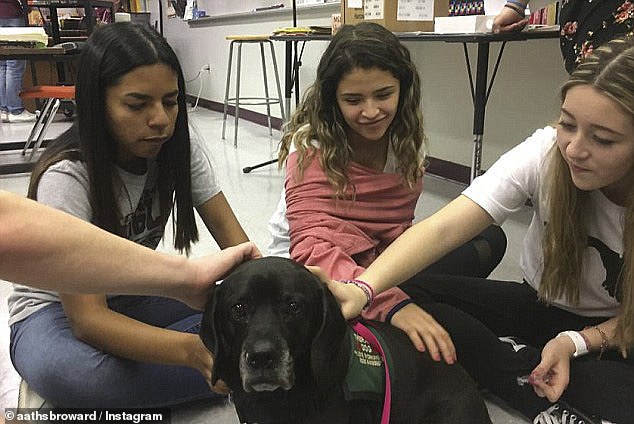 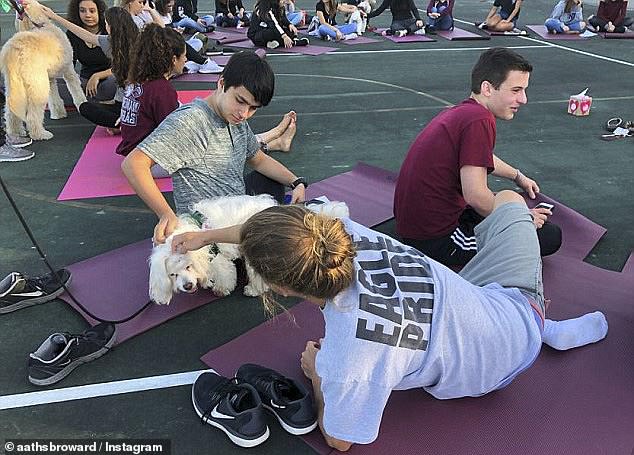 The therapy dogs attended classes with students, greeted them during lunch and wandered the hallways so they could interact with students who needed some relief