Parole Board will review decision to release Helen McCourt’s murderer

Pictured: Helen McCourt, who was murdered by pub landlord Ian Simms in 1988

The mother of murdered woman Helen McCourt has said she is ‘elated’ that the decision to release her killer from jail is being reviewed after the Justice Secretary intervened.

Marie McCourt said she was ‘in shock’ when she learned of the ruling on Ian Simms, who was convicted by a jury three decades ago on overwhelming DNA evidence of abduction and murder.

Last month after a hearing, the Parole Board decided Simms had met the test for release three decades after the 22-year-old went missing, despite never telling police where he hid her body.

The pub landlord has always maintained his innocence over the death of the 22-year-old insurance clerk, who vanished on her way home from work in Liverpool in 1988 and whose body has never been found.

After learning of the Parole Board decision to free Ian Simms from prison, Marie McCourt called on Robert Buckland to step in. It was today announced that Mr Buckland has asked the Parole Board to review the decision.

Mrs McCourt said: ‘I’m quite elated with the news. This is what I was hoping would happen.

‘I hope now that the Parole Board start looking into it again that they would agree he should stay in jail.’

But she said it should not have needed the minister to intervene and this decision should never have been made as she believes he is still dangerous. 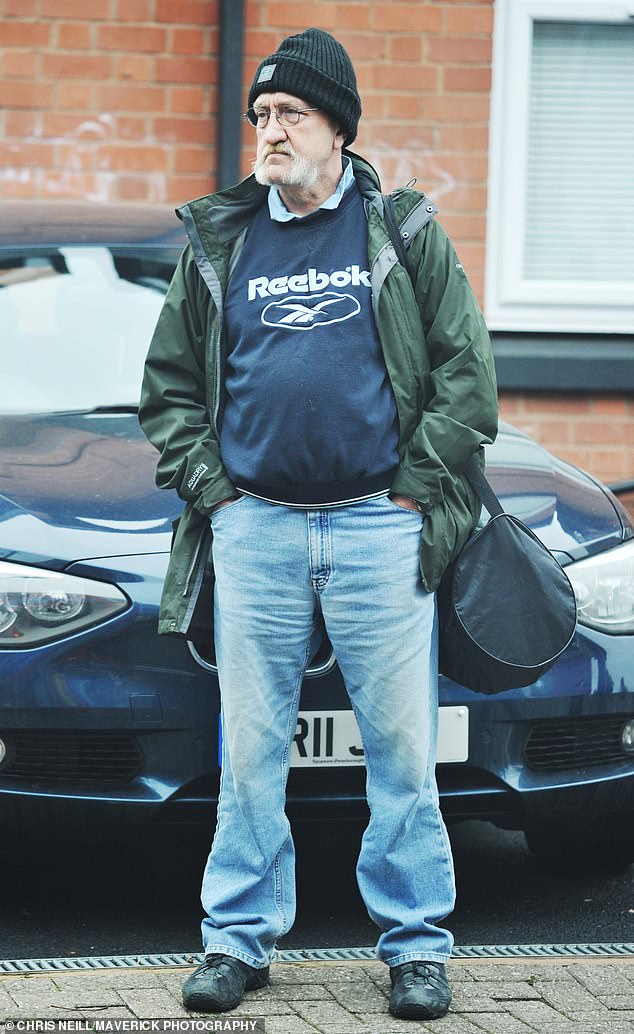 Ian Simms murdered Helen McCourt in 1988 and for 31 years hasn’t revealed what he did with her body. He is pictured here waiting for a bus while on a week’s temporary release from prison in March this year 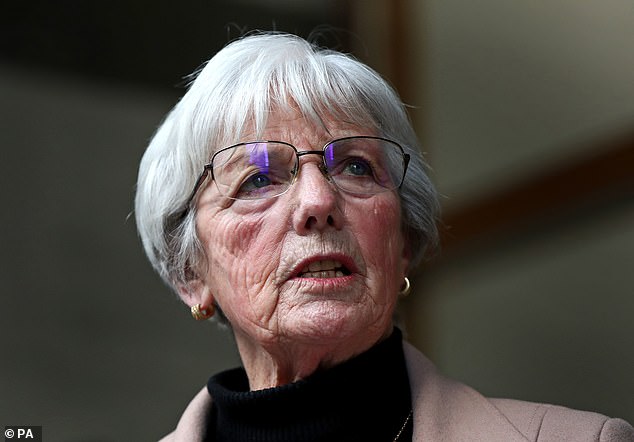 Marie McCourt (pictured earlier this year) said she was ‘in shock’ when she learned of the ruling on Ian Simms, who was convicted by a jury three decades ago on overwhelming DNA evidence of abduction and murder

Mrs McCourt, from Billinge, Merseyside, has fought tirelessly to keep killers behind bars until they lead police to the victim’s body, but her campaign – dubbed Helen’s Law – failed to be ratified before Parliament was dissolved.

Speaking after the Parole Board’s decision last month, Mrs McCourt said she was ‘shocked and horrified’ at the ‘heartbreaking and perverse’ decision – and branded Simms a ‘danger’.

Board members said they ‘carefully considered’ Simms’ failure to disclose the location of Miss McCourt’s body and concluded there was ‘no prospect of Simms ever disclosing the whereabouts of his victim even if he were kept in prison until he died.’

Yet they added his refusal continues to ’cause understandable distress and misery to the victim’s family’ and therefore ‘demonstrated a lack of empathy.’

Helen’s body was never found, despite months of searches by police and her family. 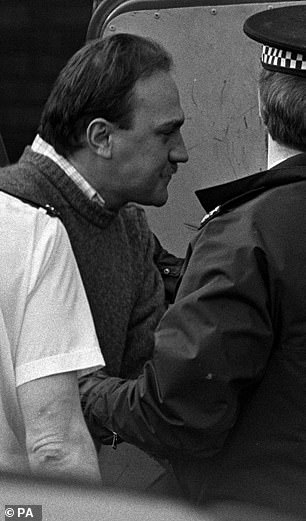 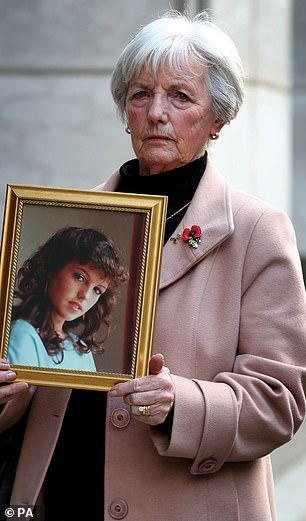 But overwhelming forensic evidence led a Liverpool Crown Court jury to convict Simms, a married father of two, of her murder after less than six hours of deliberation.

He was handed a life sentence with an order to serve at least 16 years before he could be considered for parole.

The decision to release was subject to a number of conditions including residing at a designated address, having to wear a tagging device to monitor his whereabouts, observe a curfew and avoid any contact with the family of his victim.

He has always maintained his innocence over the death of Ms McCourt, an insurance clerk who vanished on her way home from work in Liverpool in 1988.

Simms was convicted of her murder the following year, having been told he would serve at least 16 years and one day behind bars.

He was eligible to be considered for release in February 2004.

A Ministry of Justice spokesman said: ‘After carefully considering the details of this case, we believe there is an arguable case to meet the threshold for reconsideration.

‘An application has now been made to the independent Parole Board to have the case reconsidered.

‘It is now for the Parole Board to decide whether the threshold is met for the decision to be formally reconsidered.’