Parsons Green bomber Ahmed Hassan’s foster parents today revealed the moment armed terror police swooped on their house and shouted: ‘You are surrounded – get out now.’

Penny Jones, 71, and her husband Ron, 89, were watching darts on television when officers arrived at their home and told them to ‘put everything down’.

The loving couple, from Sunbury-on-Thames, Surrey, were looking after the 18-year-old asylum seeker and he had just been placed with them.

But they had no idea about his links to the terror group as he secretly assembled a deadly bomb in their house after watching a YouTube video. 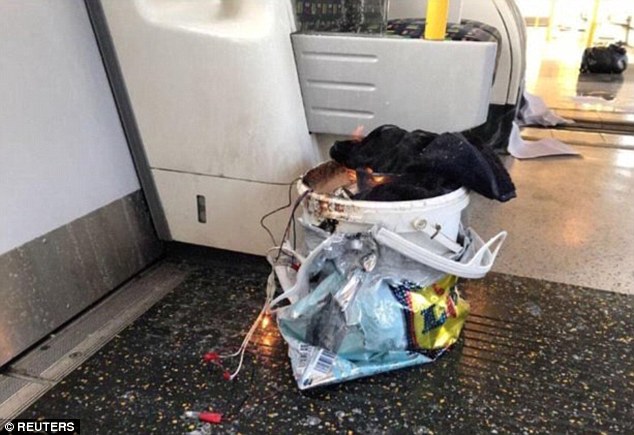 The couple today said they were left in shock after learning the teenager was arrested for trying to kill 93 commuters at Parsons Green station last year.

Speaking on This Morning today, Mrs Jones told Holly Willoughby and Phillip Schofield that he was the ninth refugee they had fostered.

She said: ‘I wasn’t aware that he had told the Home Office he had been trained to kill. He was our 9th refugee [we had fostered].

‘He was a lovely young lad, very caring towards us. When we went shopping, he would come running out, [saying] ‘me do’. He would put the bags up so I wouldn’t have to bend down to unpack them.’

She added they were informed he suffered from post-traumatic stress disorder and explained she had been to the Home Office twice with him but they had never been told the full details of his background.

Mr Jones added: ‘There was nothing to make us suspicious whatsoever.’

His wife said that on the morning of the bomb attempt in September he came downstairs at around 6.45am and said ‘good morning’. 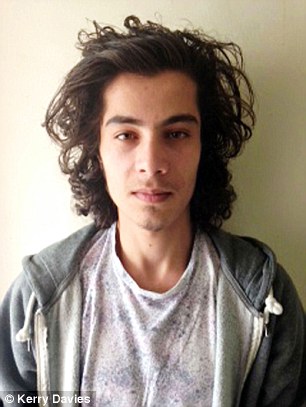 Ahmed Hassan, 18 (pictured), is now facing years in prison after he was convicted of attempted murder

Hassan told her he would be heading to college and then staying with one of her former refugee foster children at his flat.

But Penny called the police when she became concerned after learning this was not the case.

Mrs Jones added: ‘We were sitting watching a darts match. The phone rang and I answered it.

‘This voice said, “This is the police, you are surrounded by armed police just put everything down and get out NOW!” I looked out and there were two eyes at the window and a gun.’

The couple, who have fostered children for years, added they were later told the kitchen table had to be taken away as there were traces of high explosives on it.

Mrs Jones added: ‘Either side of us we have children. One side we’re their godparents.

‘They [the police] did tell us there was enough [explosives] there to take the block down. I feel sorry for the people who did get hurt, particularly the ladies who got burnt.

Asked if the experience had put them off fostering, she said: ‘No, we will go back when we’ve had a rest. We will go back into [fostering another refugee].’

Speaking to other people who might want to foster, she said: ‘Please, please don’t let this put you off. It’s just a one off.

‘Most of them are such lovely kids, they are desperate to have someone care for them and show them some affection and somewhere safe to live.’ 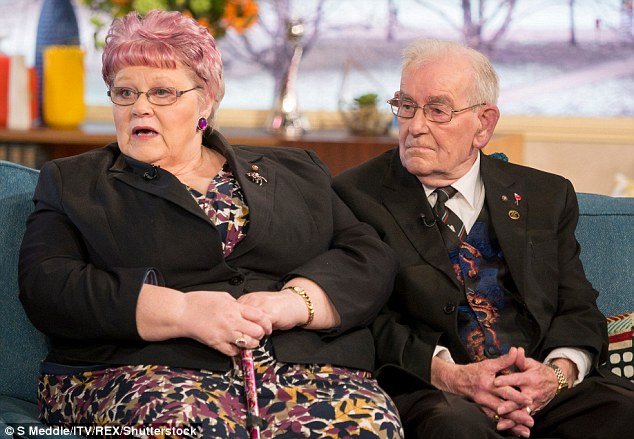 The loving couple, (pictured) from Sunbury-on-Thames, were looking after the 18-year-old after he had just been placed with them 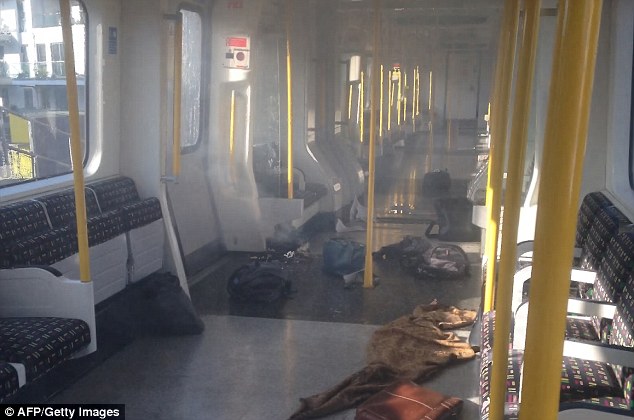 Mr Jones added: ‘I’m still shocked, to think he could do such a thing. He was such a good lad. There were mornings he would come down from his bedroom and he would have his head bent down a bit.

‘I would ask if there was anything wrong, any problems… ‘We’re here, talk to us’. The only thing that surprised me. He said he had friends but he never brought them home.’

The couple, who have fostered more than 250 children, took him on holiday with him and noticed the teen was reluctant to ever have his picture taken.

Hassan is now facing years in jail after he was convicted of attempted murder when a homemade bomb exploded in a massive fireball and injured 51 train passengers.

A statement by Surrey County Council said: ‘We are sorry they didn’t feel we didn’t support them well enough. We told them about Hassan’s background when he was placed with them. We place a high value on openess with all our foster carers.’