The Government has announced that, for the first time, the price will be cheaper for those applying online.

Ministers said the reforms were part of plans to invest £100million on border security and infrastructure next year ahead of Brexit.

But the changes will raise concerns that people who do not routinely use the internet, such as the elderly or those who lives in parts of the country with poor broadband, will be left out of pocket.

Currently, a standard adult passport or renewal costs £72.50, regardless of how the application is made. Under the shake-up to take effect by the end of March, the fee will rise to £75.50 for online applications and £85 for postal applications.

The increases come after ministers confirmed that some 3.2million EU citizens applying for the right to stay in the UK after Brexit will not have to pay more than the cost of a British passport.

The Government has said that all EU citizens who arrive by March 29, 2019, and have been continuously and lawfully living in the UK for five years will be able to apply to stay indefinitely by getting settled status. Those who have been in the country for less than five years before the exit date will be able to apply to remain until they have reached the five-year threshold.

The passport plans, which will have to be approved by Parliament, are part of a drive to increase the use of online services.

An impact assessment says HM Passport Office is expected to receive additional income of up to £50million in the financial year 2018-19 from the fee increase.

The Government emphasised that adults choosing to apply online would still be paying less than they would have in 2009. Passport fees were reduced in 2012.

Online applicants will still have to return their old passport in the post, for the cost of a stamp. 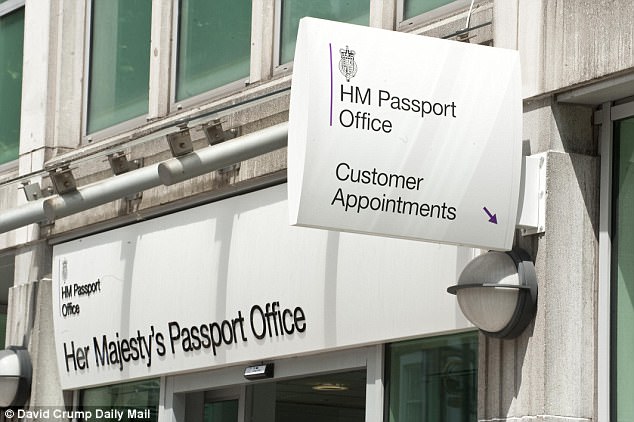 Currently, a standard adult passport or renewal costs £72.50. Under the shake-up to take effect by the end of March, the fee will rise to £75.50 for online applications and £85 for postal ones

Immigration minister Caroline Nokes said: ‘Our priority is to ensure that UK travellers have a secure, effective, and efficient service. It is only right that we should look at this whole process when setting our fees.

‘These proposals will ensure that those people who don’t travel abroad are not footing the bill for those who do.’ If the changes are signed off by Parliament, they will come into force on March 27.

One in ten households in Great Britain do not have internet access, according to official figures.

A spokesman for the Association of British Travel Agents said: ‘The online application process for renewing a passport is relatively straightforward, but there will be some customers who either do not have access to the internet or who may be uncomfortable with the process.’