Patient paralyzed by Dr. Death ‘guarantees’ there are other surgeons getting away with murder

A patient who was left barely able to walk and in constant pain after undergoing two botched surgeries at the hands of killer neurosurgeon Christopher Duntsch says he ‘guarantees’ there are other doctors just like him being allowed to get away with murder as a result of woefully inadequate medical regulations.

Kenneth Fennell, 78, was left temporarily paralyzed and permanently disabled after Duntsch AKA Dr. Death operated on him in 2011 — but shockingly, he is considered one of the killer surgeon’s luckier patients.

The neurosurgeon has been accused of killing or maiming 33 patients in just two years — and is now serving life in prison for botching one woman’s surgery so badly that it left her paralyzed and in excruciating pain.

His horrific crimes are now being retold in the new Peacock series Dr. Death, which sees Joshua Jackson taking on the role of Duntsch. Based on a podcast by the same name, the eight-part series is already horrifying viewers since its Thursday premiere, leaving many wondering in awe how Duntsch could have gotten away with such horrific malpractice for so long.

In the wake of its release, Fennell spoke to the Daily Beast about his own experiences with Dr. Death, while insisting that there are other surgeons out there just like Duntsch, who are getting away with murder — literally — because hospitals don’t properly deal with reports of malpractice.

True story: Peacock’s new show Dr. Death (pictured) tells the true story of Christopher Duntsch, a neurosurgeon who has been accused of killing or maiming patients 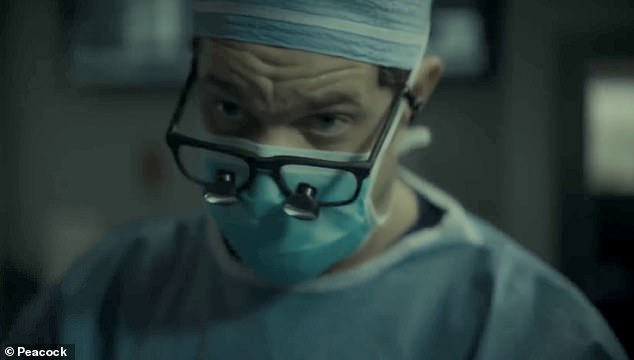 Speaking out: Victim Kenneth Fennell, 78, describe how Duntsch operated on him for back pain — but, unbeknownst to him, operated on the wrong part of his back (TV show pictured) 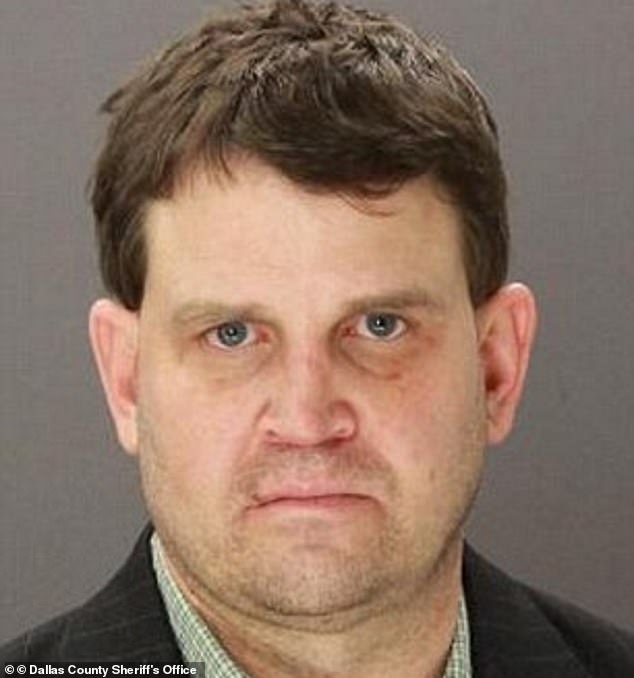 Both the TV show and podcast tell the sordid story of how Duntsch managed to become a neurosurgeon despite questionable training and a suspected cocaine habit during his residency and career.

In July of 2011, he started working at Baylor Scott & White Medical Center – Plano, where he stands accused of severely maiming and even killing several patients.

One was left in a wheelchair with loss of function along the left side of his body after bone fragments in his spinal canal, while another, while another died after he severed a major artery in her spine but continued operating as she lost blood. A third suffered a severe infection when Duntsch left a surgical sponge  in his neck.

One of his victims was a friend who became a quadriplegic and died from complications earlier this year — yet still, bad outcome after bad outcome, Duntsch continued to operate on patients.

Kenneth Fennell, 78, was also among Dr. Death’s victims. In November of 2011, he was operated on for back pain, and Duntsch told him it went well — though he’d find out later that the doctor operated on the wrong part of his back.

‘He said that it went great, that it worked,’ he told WFAA. 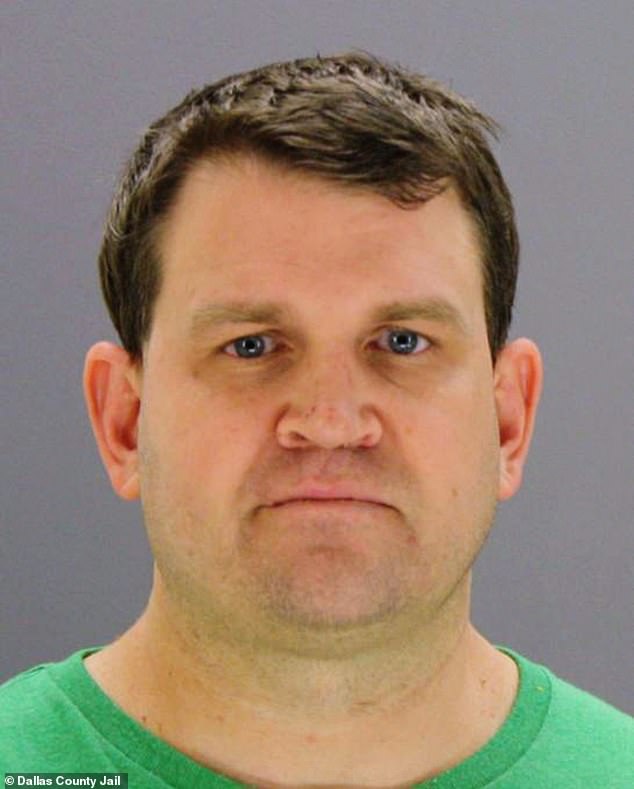 Getting away with it: Though Duntsch lost privileges at Baylor Scott & White Medical Center – Plano, there was no publicly accessible report of misconduct or malpractice 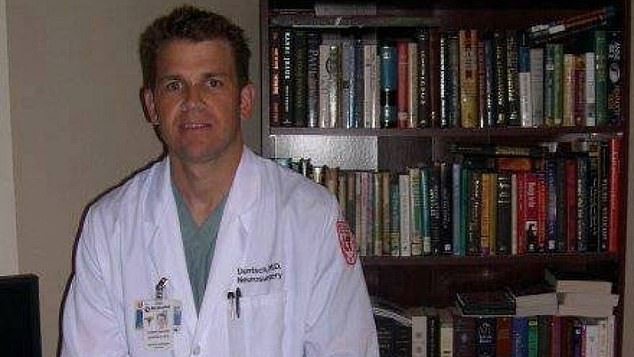 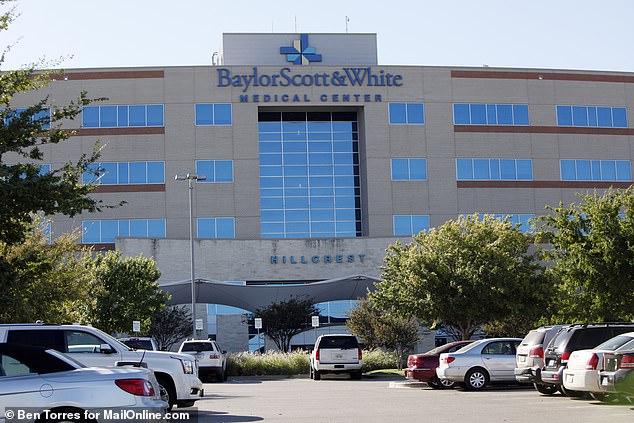 Irresponsible: Though Fennell regained very limited mobility, he is in constant pain and blames hospitals for not having a proper reporting system in place

Naturally, Fennell’s pain didn’t dissipate, so he returned to Duntsch in January of 2013, but found that he was no longer at the same hospital.

When he inquired with his insurance company as to why, he was told that Duntsch was still in good standing, so Fennell followed him to Dallas Medical Center for another surgery. 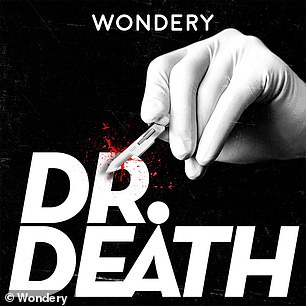 Nonfiction: The show is based on a popular Wondery podcast by the same name

‘If we had known all this was going on, I definitely would not have let him operate on me again,’ he said.

The failure of the second surgery was more immediately obvious. Duntsch had removed part of Fennell’s femoral nerve, leaving his paralyzed from the waist down when he awoke from anesthesia.

‘I came out of that second surgery and I was paralyzed from my waist down and felt like there was a bonfire burning on me, on my legs,’ Fennell said.

He would ultimately regain some mobility with the help of a cane after months of rehab, but can only walk about 30 feet or stand for a few minutes at a time. He is in constant pain, describing the sensation as feeling like a tight tourniquet on his leg.

Speaking to the Daily Beast, Fennell argues that the second catastrophic surgery never should have happened — and could have been avoided if there was any proper reporting system set up for malpractice, including notifying insurance companies of why a doctor’s privileges were revoked. 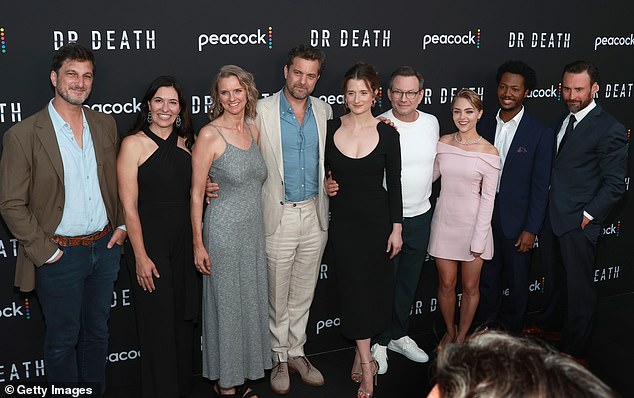 Duntsch was able to move to five different Dallas-area medical centers, leaving destruction in his wake with no accountability.

‘Part of what it took here, with the medical board in Texas, were doctors calling in personally, going down and seeing the board members trying to get [Duntsch] stopped. It took them two years to do that,’ he said.

Duntsch’s license was revoked in December 2013. Two years later, he was charged with five counts of aggravated assault and later convicted of just one for leaving patient Mary Efurd in a wheelchair.

‘If it hadn’t been so damn long, I wouldn’t have my second operation with him because he was still getting glowing reports as of January of 2013,’ he lamented.

‘I wouldn’t have had my second surgery with him and become a damned near paraplegic.’

Without adequate systems in place to catch unqualified and dangerous doctors, Fennell said, there are sure to be others out there like Duntsch who have yet to be held accountable.