Patients who take Pfizer’s Covid pill Paxlovid to beat their infection could see it return up to eight days after they stopped taking the pills, health chiefs have warned amid mounting reports of ‘rebound’ cases.

Dr Rochelle Walensky, the director of the Centers for Disease Control and Prevention (CDC), made the warning Tuesday saying there was a risk they could ‘get symptoms again’.

But pouring cold water over any concerns the top medic and infectious diseases expert said patients who saw cases return had a ‘milder course’ of disease and did not need to be admitted to hospital.

It is not clear why those who take the Paxlovid pill — available for free to all over-12s at risk of serious disease — are seeing infections re-appear, although some suggest the virus has been ‘rebounding’ in people since March 2020.

The CDC issued a health alert over infections returning after taking the pill last week, but it stressed patients should not be concerned and that there is ‘no evidence’ additional treatment is needed in these cases.

It comes as America’s seven-day average for daily Covid infections drops to 87,200, which was down 20 percent in a week and the lowest level since mid-May. They are now falling in 14 states compared to two weeks earlier.

But the drop may be down to the Memorial Day weekend, when people are less likely to get tested and there were fewer workers available to process statistics.

The average for fatalities from the disease is also down to mid-May levels with about 336 fatalities being recorded every day — barely a change from last week — while hospitalizations also remained flat at about 3,500 admissions similar to rates seen last summer. 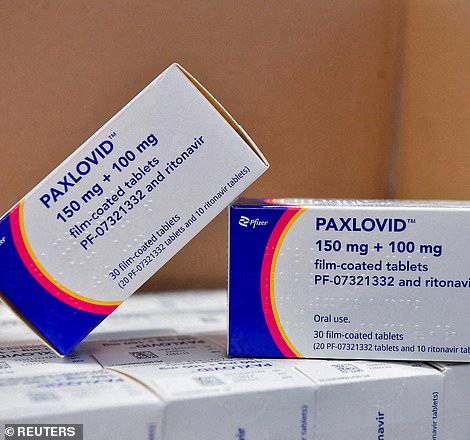 Dr Rochelle Walensky, the director of the Centers for Disease Control and Prevention (CDC), made the warning today saying there was a risk anyone taking the pills could ‘get symptoms again’. (Right: Paxlovid pills) 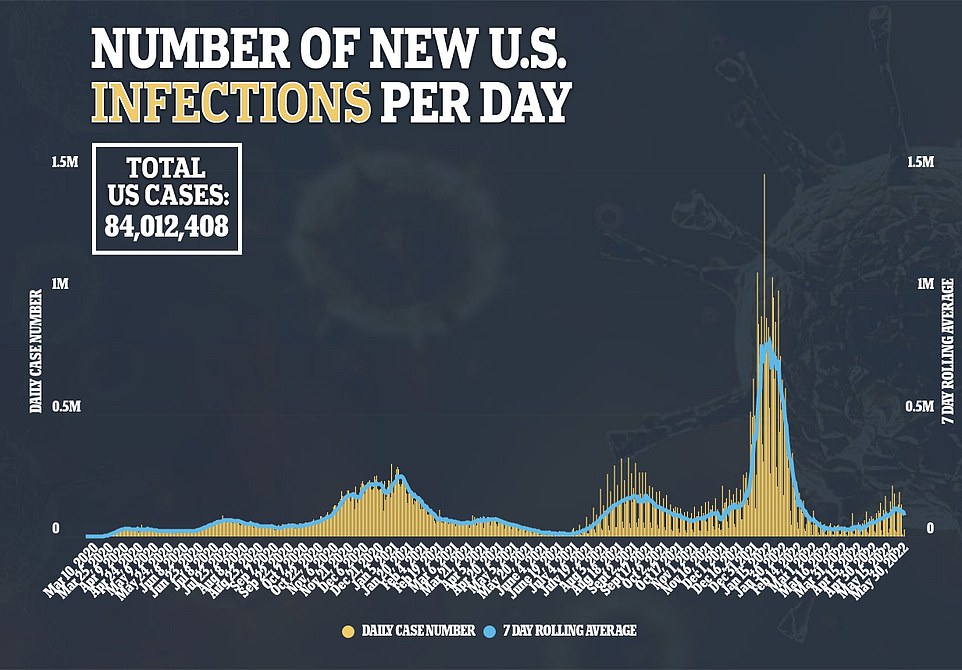 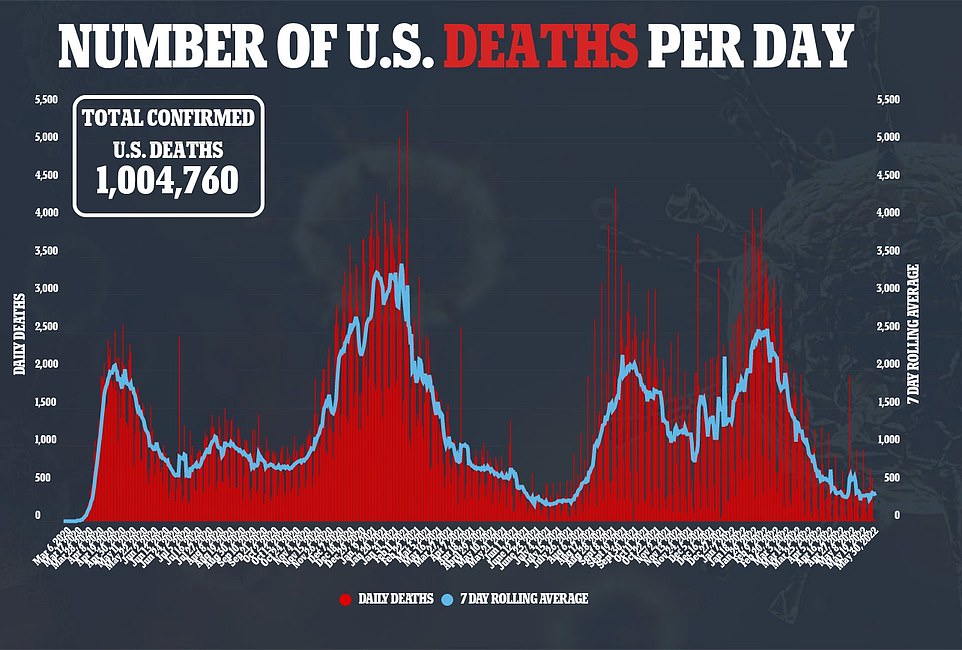 Dr Walensky told CBS News today: ‘If you take Paxlovid, you might get symptoms again.

‘We haven’t yet seen anybody who has returned with symptoms needing to go to the hospital. So, generally, a milder course.’

She also suggested that anyone who sees their infection rebound after taking Paxlovid should re-start their self-isolation period.

Paxlovid is an antiviral drug designed to halt a Covid infection in its tracks.

The pill works by interfering with the viral replication process, stopping Covid from making copies of itself.

This buys valuable time for the immune system to fight off the virus.

It is available on prescription in the U.S. to any immunocompromised Americans within five days of them developing Covid symptoms.

It is also free, with the Federal Government footing the $530 bill for each course.

Patients who receive the treatment must take three tablets twice a day for five days.

Clinical trials showed it slashed hospitalization rates by 88 percent among at-risk people who took it within three days of developing Covid symptoms. Not all of them were vaccinated.

Medics say Paxlovid should be taken within five days of testing positive for Covid and having symptoms of the virus — such as a cough or fever.

The pill works by stopping Covid from replicating, buying time for the immune system to kick into action and fight off an infection.

Studies showed it prevented serious disease and death in almost 90 percent of people who received it.

But for one in 50 patients given the drug their infection returned within two to eight days.

In its alert issued last week, the CDC said patients who saw their infections return had initially tested negative for the virus after completing the course of treatment.

It said there was ‘no evidence’ these patients would require further treatment for the disease, although they were advised to re-start their self-isolation period.

Medics were also told to report any cases of rebounds to the CDC for monitoring.

It did not say why cases may be rebounding, but suggested this could be ‘part of the natural history’ of a Covid infection in some patients.

They added it could happen ‘independent of treatment with Paxlovid and regardless of vaccination status’.

The Federal Government has made Paxlovid available for free to the most vulnerable Americans at a cost of more than $5.3billion for the first 10million courses — or about $530 each.

These have been rolled out to pharmacies across the nation ready for patients.

But amid trouble getting a prescription and Covid’s shift to a milder illness with the arrival of Omicron hundreds of thousands of courses have been left to collect dust on shelves across the country.

The latest data shows more than a million are currently available in pharmacies across the country.

Latest estimates from the White House suggest about 10,000 people are currently being prescribed the medication every day, leaving room for about 400 ‘rebound’ infections every 24 hours. 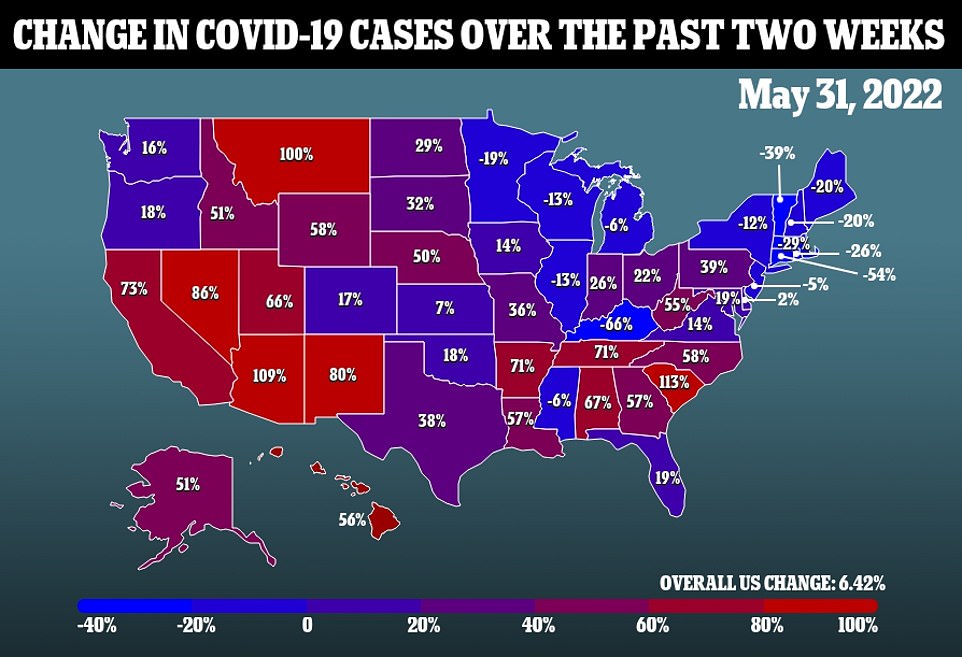 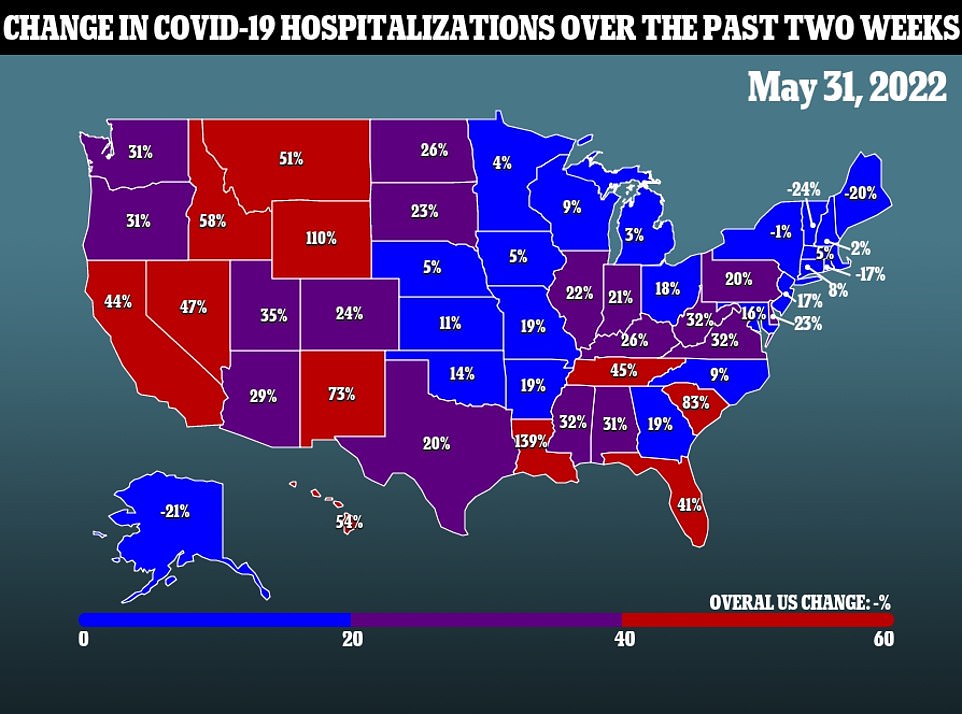 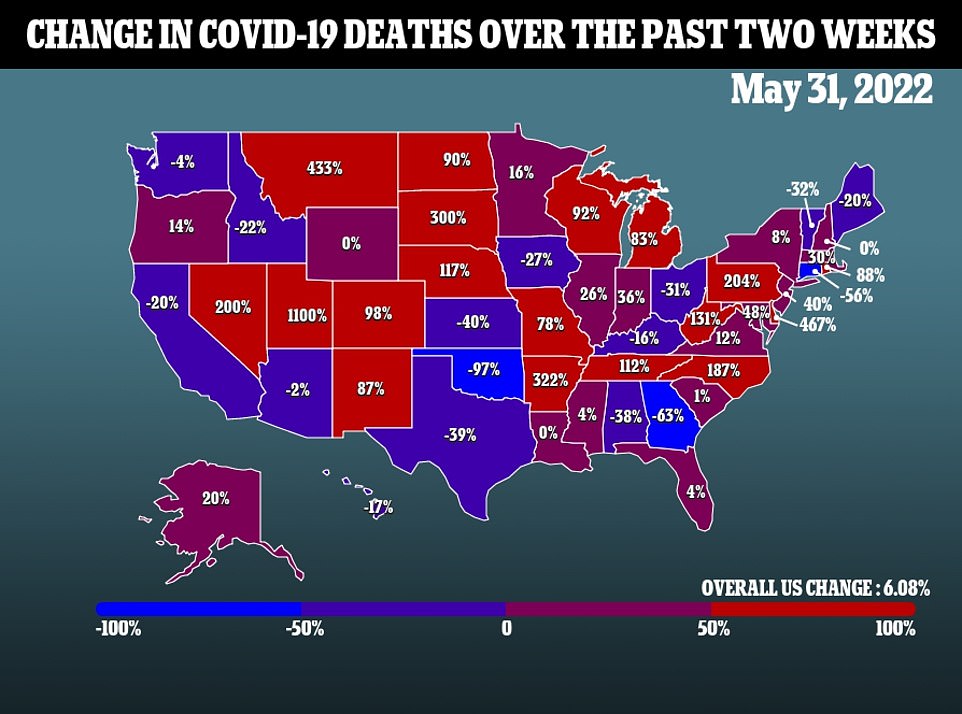 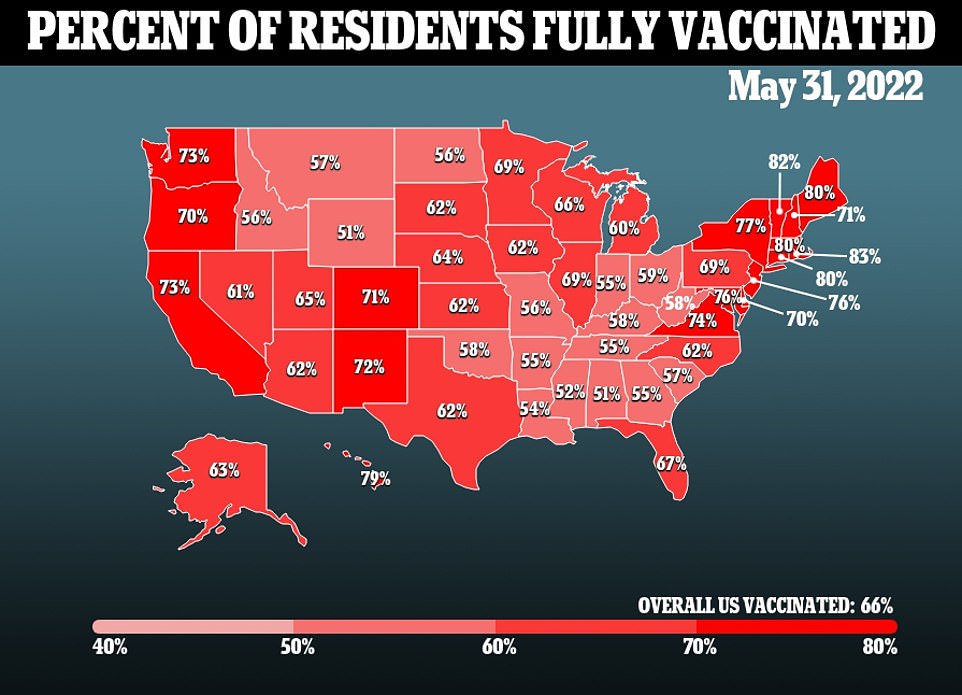 It comes as the latest counts from John Hopkins University show cases are continuing to trend downwards across the country.

But this may be down to a disruption in reporting statistics over the Memorial Day weekend, when fewer people were available to process numbers of registered Covid infections.

The latest testing data going up to May 23 showed about 755,000 tests were being carried out every day, which was similar to the number completed a week ago.

The positivity rate — the proportion of tests that picked up the virus — had also plateaued at about 11 percent in another sign infections may no longer be rising.

Only three states — South Carolina, Arizona and Montana — are now seeing cases double every two weeks while 14 are seeing them drop over the same time period.