Patrice Evra has released his latest instalment to his ‘Monday Motivation’ video chain as he drove to West Ham training in a taxi.

The French defender has made a habit out of delivering his motivational videos to all of his Instagram followers this season, in an attempt to encourage people to take up a more positive outlook on life.

Last week, he was dancing in the streets of London to Marvin Gaye, this week he chose Storm Queen as he took up a new position as a London cab driver.

In the video, Evra pulls up in a silver taxi, listening to Storm Queen’s ‘Look Right Through’.

‘Good morning, they don’t talk to me. Good morning,’ he sings as he dances in his new method of transport, and seemingly getting the lyrics wrong – which could be a twist in the song to fit his ‘Monday motivation’ theme. 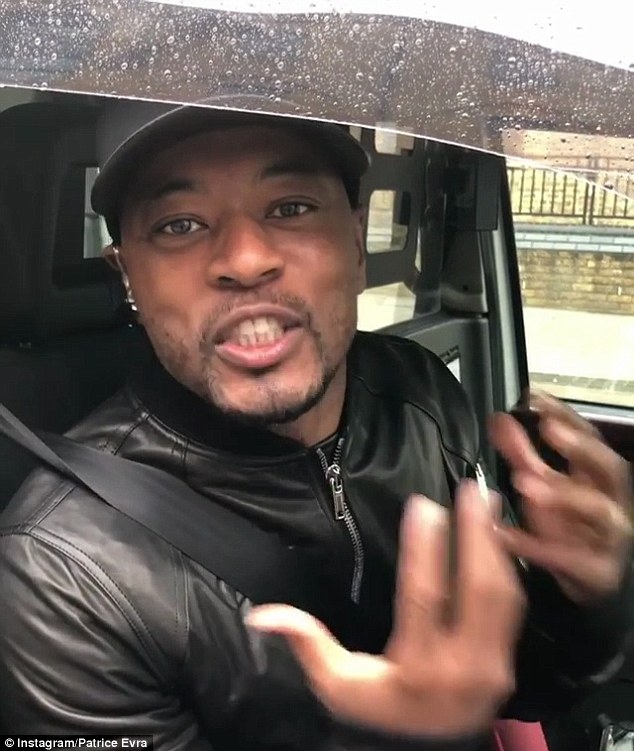 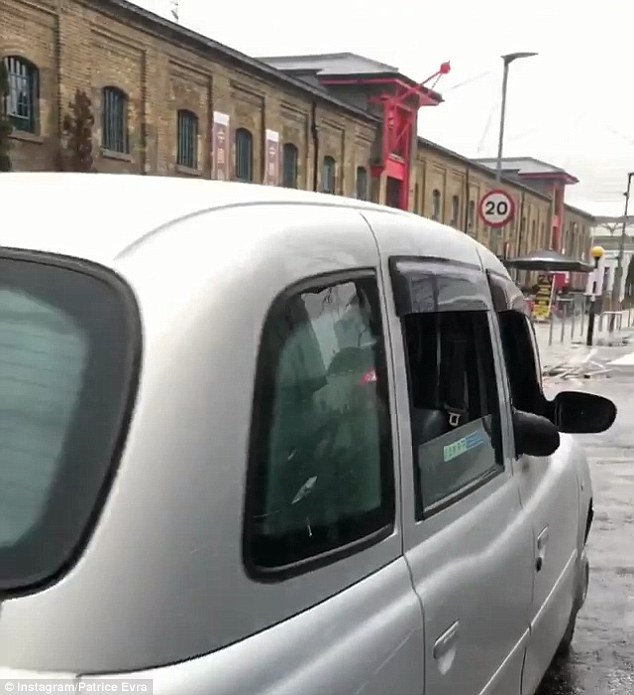 Evra insisted he was ‘crazy’ in his taxi, but went on to claim he doesn’t care

Evra then follows his announce up with: ‘I love this game,’ which is a re-occurring statement he makes in all of his videos.

‘Be happy and share your happiness with everyone, and check my first passenger,’ he continues. The camera pans to face the back seat, revealing a very unhappy passenger, which could be partly due to the fact he is being forced to have his window open on a drizzly London day. 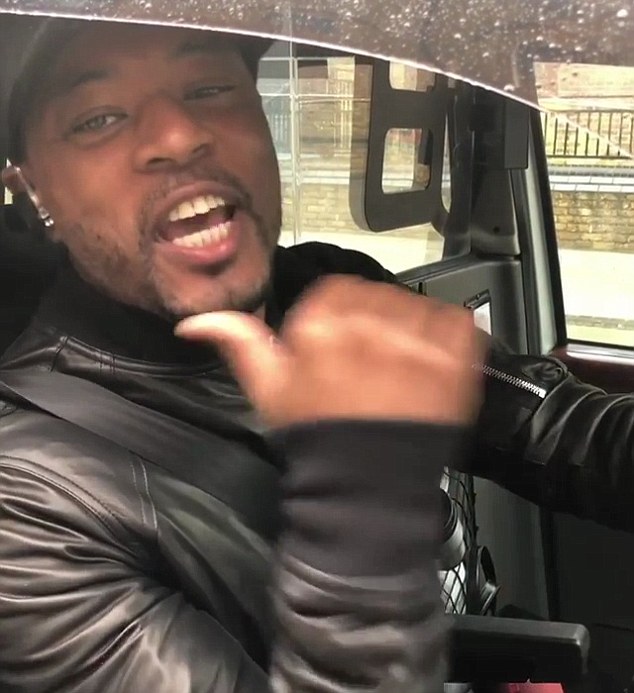 Evra adds: ‘He’s so grumpy, but I don’t care. Be free and I like to share my happiness with people. Because it’s Monday, and the weather is sh…’ A brief pause to remember where he was, before making the necessary adjustments.

His joy for life is infectious and he genuinely seems to enjoy spreading his happiness with his followers.

However, Evra will be keen to take his happiness onto the pitch of the London Stadium with the defender still yet to make his Hammers debut since his January arrival. 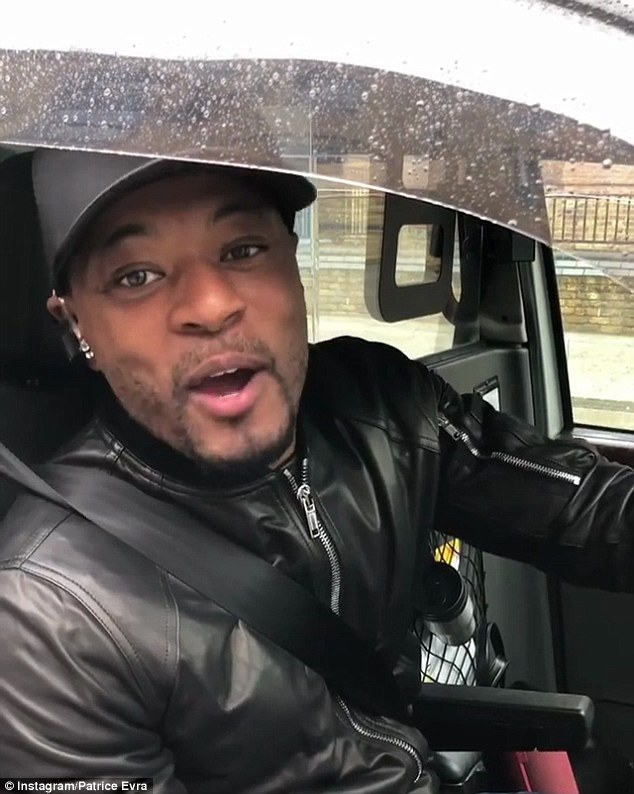