‘Nothing stronger than this bond right here’: Patrick Mahomes and fiancée Brittany Matthews take daughter Sterling to a pumpkin patch

Patrick Mahomes and fiancée Brittany Matthews visited a pumpkin patch with their baby daughter Sterling Skye in a set of photos Matthews shared on Instagram Thursday.

‘Nothing stronger than this bond right here,’ Matthews, 26, captioned the set of shots taken at a festive autumn pumpkin patch with their daughter, eight months.

In the images, the tot was clad in a cream jumper and wore a gold tie on her head, smiling in the joyous outing.

The latest: Patrick Mahomes and fiancée Brittany Matthews, both 26, visited a pumpkin patch with their baby daughter Sterling Skye, eight months, in a set of photos Matthews shared on Instagram Thursday

Mahomes, 26, wore a black cap that read ‘Family,’ with a creme hoodie sweatshirt and olive green shorts with white trainers.

Matthews wore a sleeveless maroon top with pink sweatpants and Converse hi-tops, with her blonde locks down and parted.

The young family posed for shots near a corn maze, a hayride flanked by pumpkins and on a bridge.

In one adorable shot, the child was posed alongside a picture of a tractor. 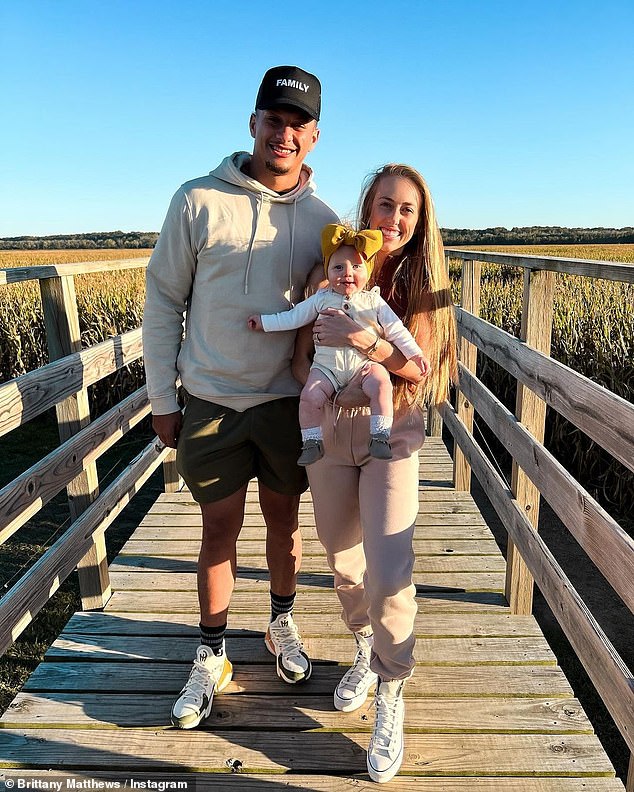 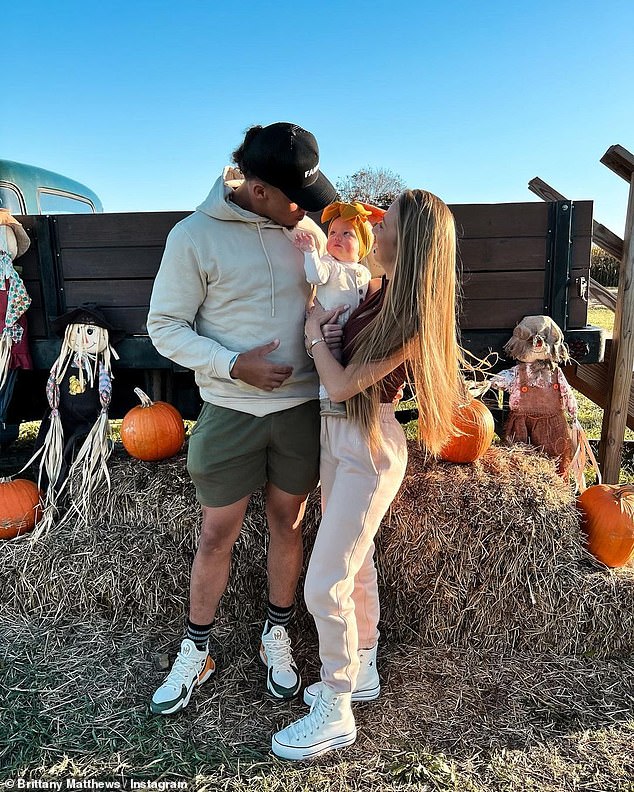 Doting dad: The NFL superstar and his spouse enjoyed a lighthearted moment with their child 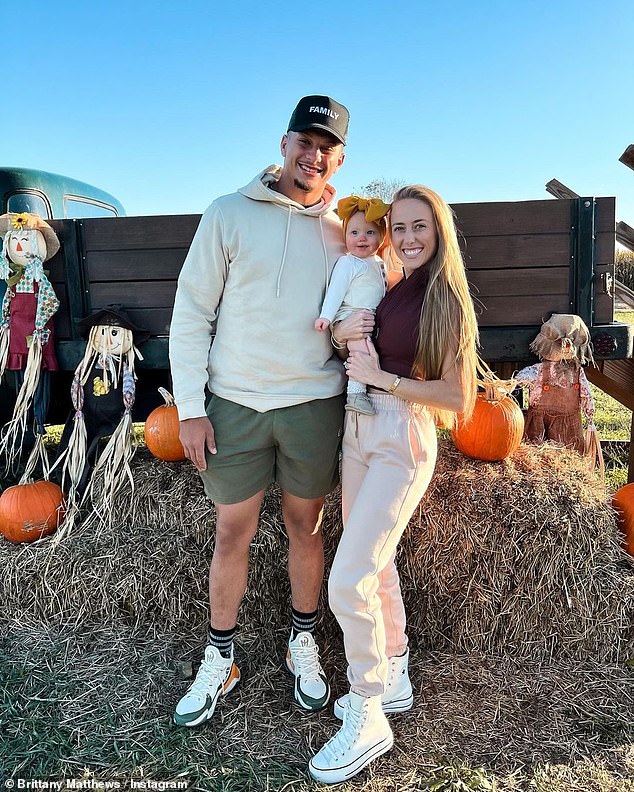 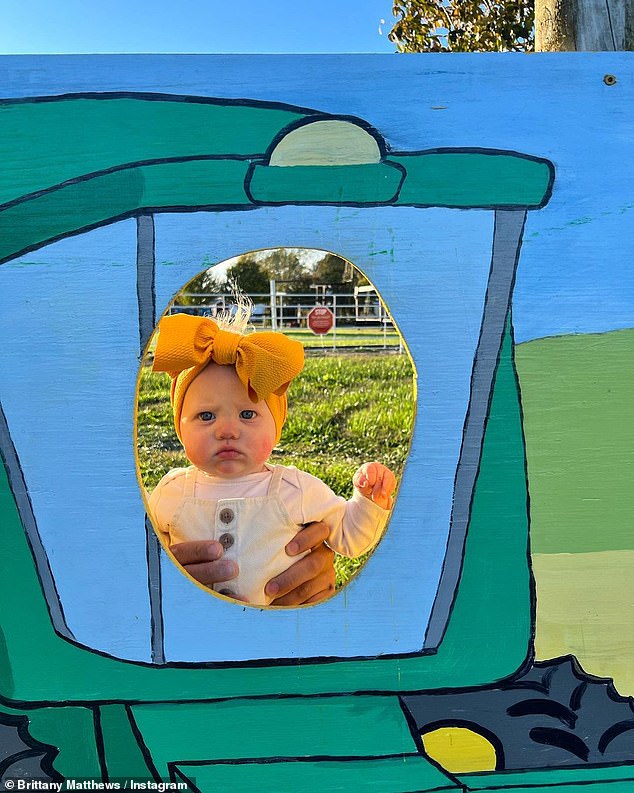 In one adorable shot, the child was posed alongside a picture of a tractor

Matthews last week took to the social media site with a clip of Sterling as she turned eight months old.

On Sunday, she shared shots of herself and Sterling as they were present for a difficult day for Mahomes and his Kansas City Chiefs, who lost 27-3 to the Tennessee Titans.

Mahomes suffered an injury when he was struck in the head by a defender’s knee when he was sacked, and left the game. Thankfully, he cleared concussion protocol and told reporters he felt ‘fine’ in the wake of the scary injury, according to NBC Sports.

‘Y’all saw the hit,’ he said. ‘I took my time getting up, but I felt fine. I did everything I needed to do to be here … you get hit pretty hard, sometimes you just want to lay there.’ 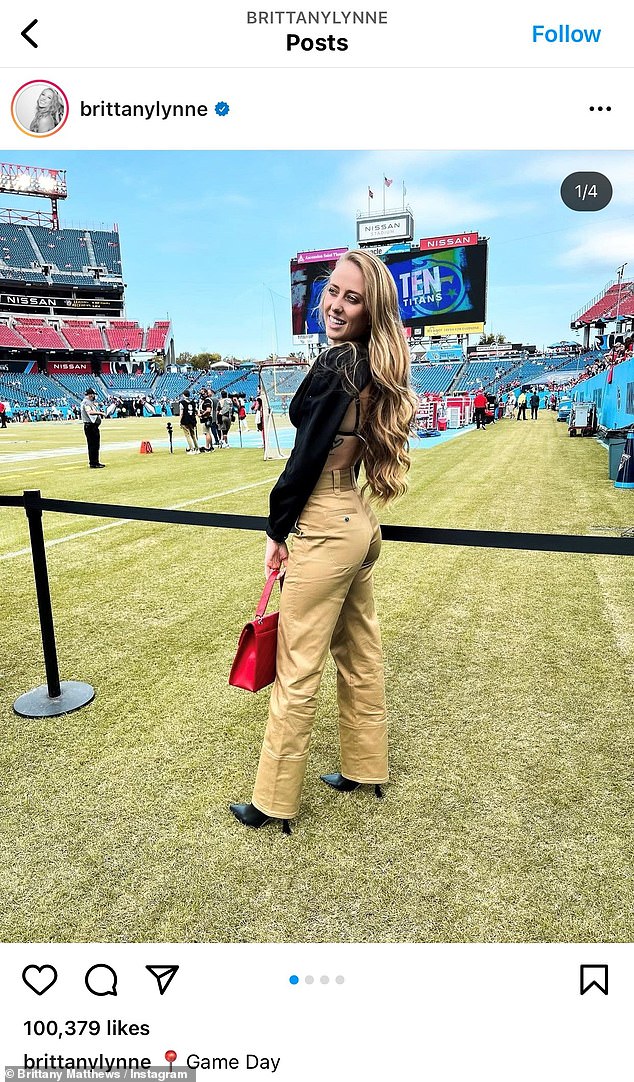 Supportive: Matthews was on the sideline at Nashville’s Nissan Stadium Sunday 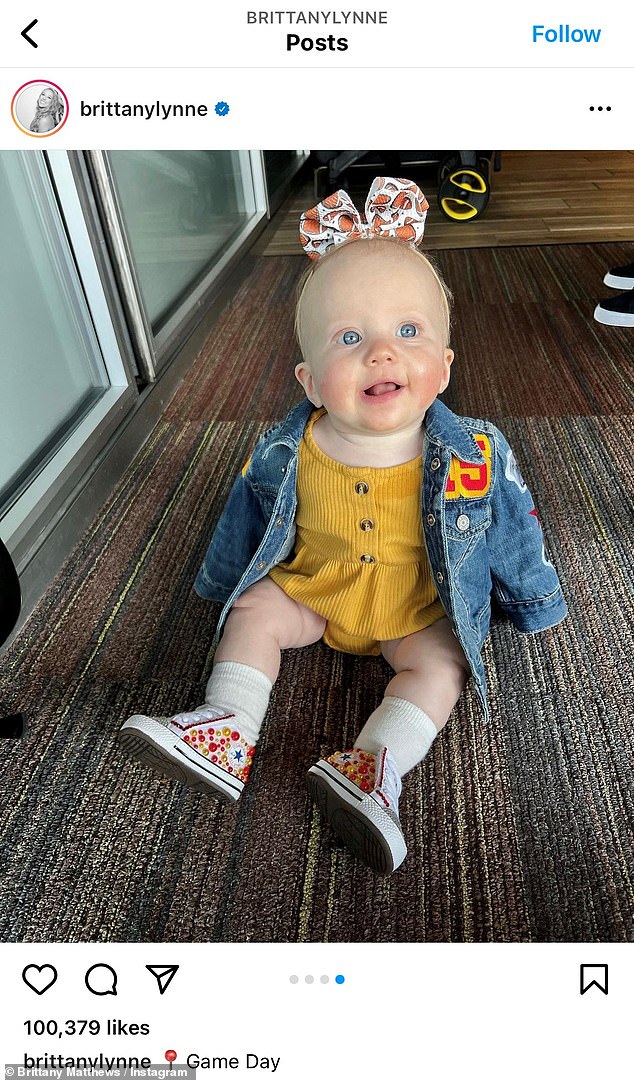 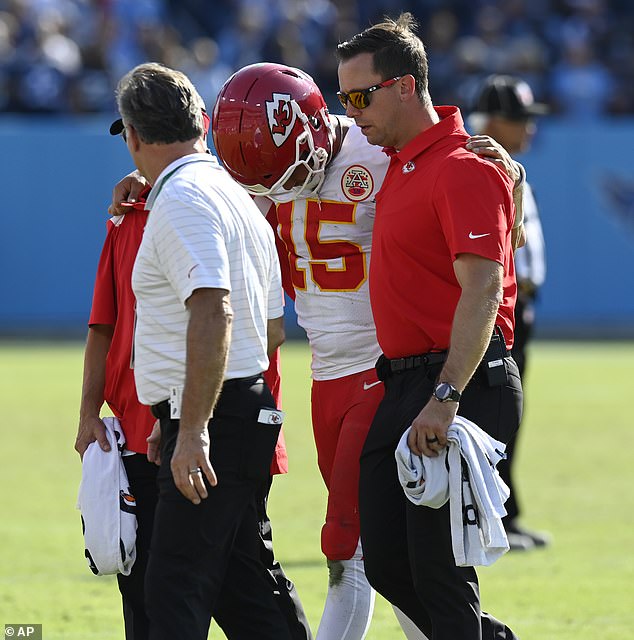 Tough day: The quarterback was helped off the field after suffering an injury during the game 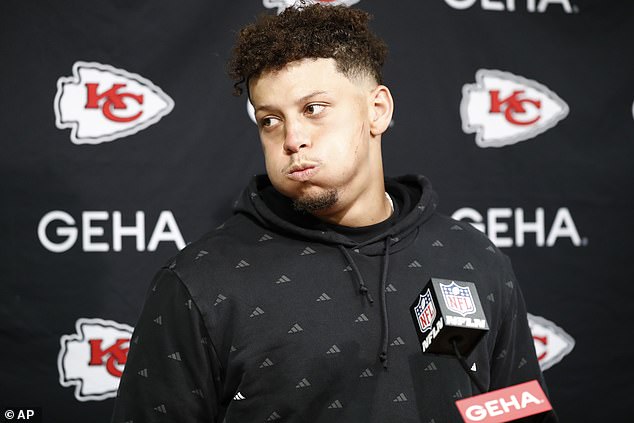