Patrick van Aanholt ‘will leave Crystal Palace at the end of this month after four years at the club… and Holland defender already has an offer from Galatasaray – as well as interest from the Premier League, Spain and Italy’

Holland defender Patrick van Aanholt will leave Crystal Palace when his contract expires at the end of the month, according to the BBC.

Van Aanholt, who started Holland’s Euro 2020 opener against Ukraine this week, is one of many players out of contract this summer at Selhurst Park.

Palace are waiting to appoint a new manager before offering contract extensions to several of those players, but Van Aanholt is set to leave regardless. 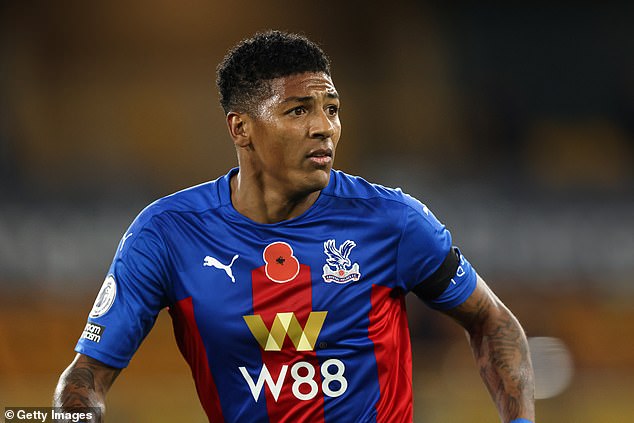 It is reported that he has an offer on the table from Galatasaray, while there is also interest from some rival Premier League clubs, as well as teams in Italy and Spain.

Van Aanholt, 30, joined Palace from Sunderland for £14million in January 2017. He has made 134 appearances for the club, scoring 14 goals, but has seen his playing time limited recently by the emergence of academy product Tyrick Mitchell.

Palace striker Christian Benteke recently signed a new two-year contract with the club, but the likes of Gary Cahill, Scott Dann, Andros Townsend, Joel Ward and Nathaniel Clyne are anxiously waiting to see if they will be offered new deals.

Swansea boss Steve Cooper is now the favourite to replace Roy Hodgson as manager after a deal for Nuno Espirito Santo fell through, while Sean Dyche, Eddie Howe and Frank Lampard are all in the running.