Patrick Vieira insisted the wins will come for Crystal Palace but admitted his players were incredibly despite their performance in the 1-1 draw against Brighton.

Neal Maupay scored a 95th-minute equaliser with effectively the last kick of the game to earn a point for the visitors, and deny Palace the three points their performance arguably deserved.

Vieira, whose side have won six points from six league games since he took over in the summer, spoke of how disappointed the Palace players were, but also of his pride in elements of their performance. 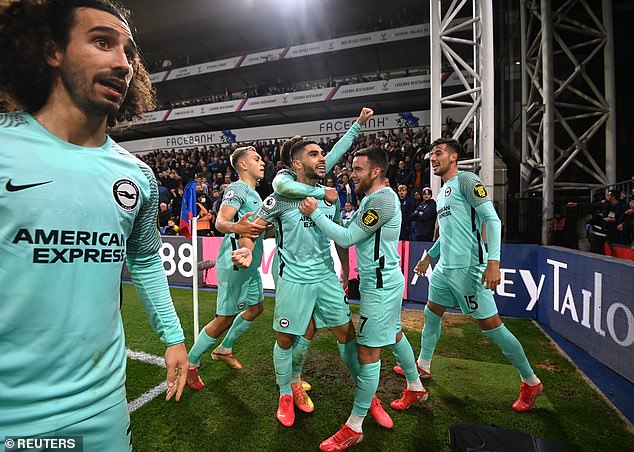 ‘To win Premier League games is challenging but we will get there,’ Vieira told BBC Sport. ‘We just need to be a bit more concentrated and focus on the details. This team and those players will improve.

‘After the game I saw their faces in the dressing room and they were as disappointed as me and as the fans. This is the sign of a team who want to win games and that gives me hope for the season.

‘We are really gutted, really disappointed. We knew how difficult it was going to be. We played a really good game, we may not have used the ball as well as we wanted to but we stopped them developing in the game.

‘We were consistent and conceding a goal in the last kick of the game, it’s something that is difficult to accept. 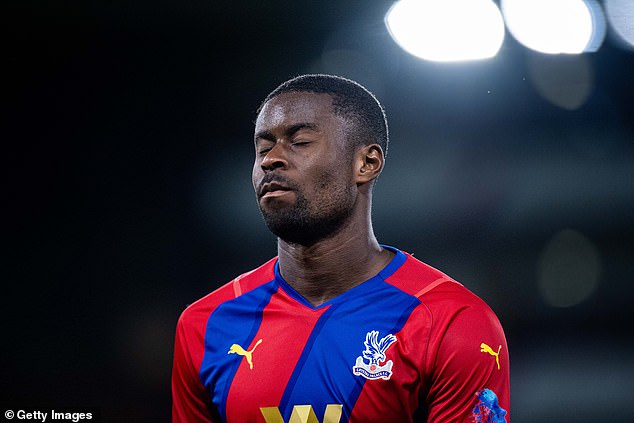 ‘I’m disappointed for the players and especially for the fans because they were brilliant tonight. We wanted to give them three points. We are growing as a team and those kind of mistakes will make us reflect on those situations and will make us stronger as a team.

‘The fans make these games very special – they are the extra players and the atmosphere today was incredible. This is one of the reasons we are frustrated not to win because we wanted to give them that derby win.’

Jordan Ayew missed a huge chance in the second half to double Palace’s lead and go a long way to sealing the derby win.

But he missed and it ensured Brighton stayed in the game, even if they implemented a more direct style of play than has often been the case under Graham Potter. 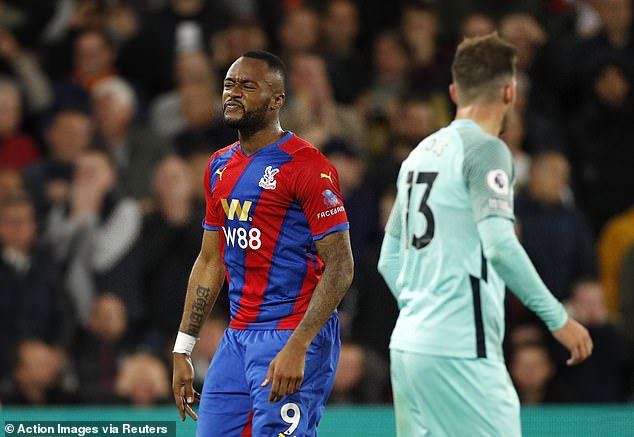 ‘We gave them so many problems. The way they played the last 15 minutes with long balls doesn’t look like them,’ Vieira told SkySports.

‘Not scoring the second goal left the door open. That was an important moment for us.

‘We are improving. We’re getting stronger. The first few games we played against Chelsea, Liverpool, West Ham, we managed to create chances. We deserve to have more points so far. We’re in a good process.’