Robert Kraft was down in Orlando on Monday for the annual NFL owners meeting, and in a 20 minute meeting with members of the media spilled plenty of deatils about the state of his franchise.

In summary, Malcolm Butler will be missed and Kraft would have played him in the Super Bowl; Rob Gronkowski has been spotted working out at the New England Patriots facility; and Kraft did in fact have that post-season talk with Tom Brady and Bill Belichick.

Kraft also told reporters that should they ever have the chance to come back as another person, they should try and come back as Gronkowski.

‘I’ve met a lot of people in my life, but I have never met anyone like him. If the good Lord lets us come back as someone, let it be him,’ said Kraft.

‘I’ve said it before, he’s the most carefree, happy kind of guy.’

Boy in the hood: Robert Kraft said he had met with Tom Brady and Bill Belichick after the New England Patriots Super Bowl loss (pair above on Christimas Eve last year) 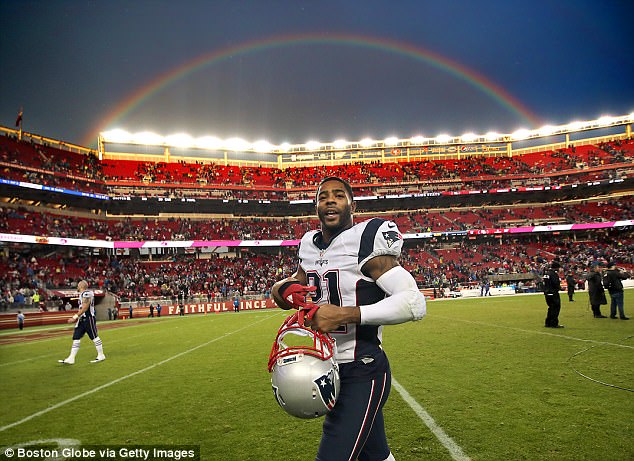 Hero comes along: He noted that he would have played Butler in the Super Bowl game but respected Belichick’s decision (Butler above in 2016)

Gronkowski is also a guy who looks to be leaning towards spending a bit more time in Foxboro.

Kraft said he has been at the facility training and working out over the past few weeks, but stressed he has yet to make a decision about whether her plans to stay or leave.

The biggest chunk of Belichick’s interview was devoted to Butler, who Belichick infamously benched just moments before the Super Bowl.

The tight end has now moved on, and it is a loss that clearly causes Kraft some pain. 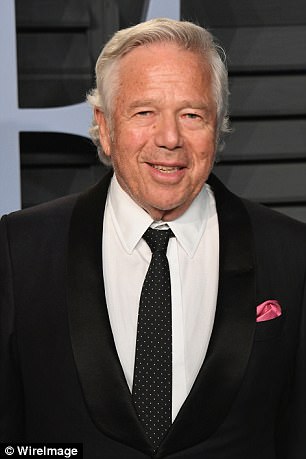 ESPN managed to get Kraft’s entire response to that move as he said: ‘With my fan hat on, you can come up with all kinds of reasons or things, but here’s the deal: We in New England are privileged to have, I believe, the greatest coach in the history of coaching.

‘We’re involved in a number of businesses in our family – we’re in 95 countries in the world – and we try to encourage to have good managers and we want them to be bold, we want them to take risks.

‘Sometimes they work out, sometimes they don’t. I have faith in Bill as a coach that I don’t think there is anyone who has the football knowledge and expertise combined with understanding personnel – no one can merge those two worlds [like him].

‘He’s done pretty well for us over the last 18 years. So, as a fan, I can question some of the moves. As someone who is privileged to be owner of this team, I encourage him to keep going with his instincts and doing what he thinks is right.

‘There is no doubt in my mind, even if he made an error – and this is true with any of our managers – that if they’re doing it for the right reason, then I support it 100 percent.

‘I’ve never had one instance in the 18 years where Bill hasn’t done what he believes is in the best interest of our team to help us win games.’

He later noted: ‘The so-called tension gets greater when you lose.’ 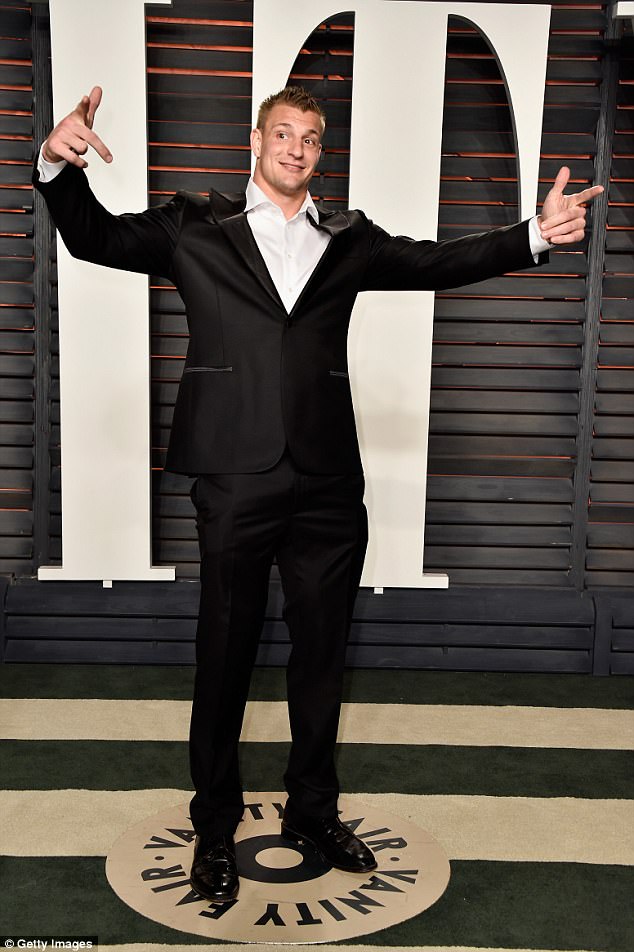 Robby Madison: ‘I’ve met a lot of people in my life, but I have never met anyone like him. If the good Lord lets us come back as someone, let it be him,’ said Kraft of Gronkowski (above in 2017)

And with Brady, Kraft noted that the ‘feeling of a loss is worse than the feeling of a win’ in a Super Bowl, except for that first victory.

‘I think Tommy is in that category.’

While noting that Brady had an unparalleled season as a 40-year-old quarterback, including his third career MVP award, Kraft also recognized how difficult the final game of the 2017 season was for Brady.

‘You don’t get public with your feelings two weeks after a Super Bowl loss,’ he said.