The former Maroons and Queensland Cowboys coach died at his home in Brisbane on Thursday aged just 49.

Green’s last time coaching was during last year’s State of Origin, when his Queensland side lost the series 2-1.

Photos taken from the night show Green grinning as he wrapped his arms around captain Daly Cherry-Evans after sealing victory in the dead rubber. 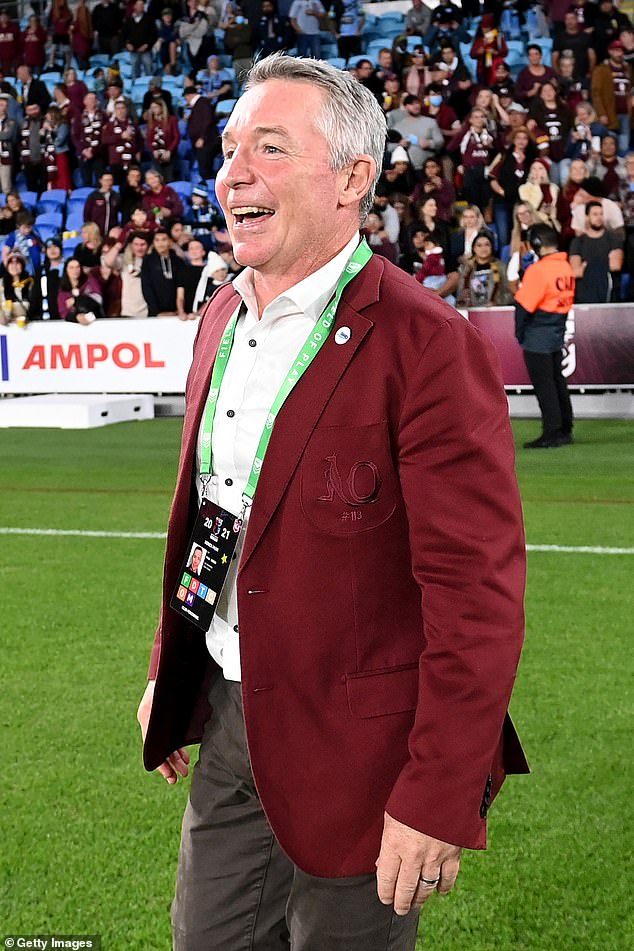 Green was with the Maroons for just one year. His contract wasn’t renewed after their 2021 campaign as he wanted to pursue a head NRL coaching role.

‘After much consultation and discussion post the Origin series, both the QRL and I have decided to move in different directions,’ Green said at the time.

‘The basis for this is simple – the QRL wants to ensure that they have certainty around the Origin coach not wanting to pursue an NRL head coach job, and whilst I could give them that certainty for the 2021 series, I cannot guarantee that this would be the case in the future.’

Green said it was ‘every Queenslander’s dream’ to coach the Maroons.

He was linked to Wests Tigers at the end of last season and was expected to take on a role at the Dolphins for their first season in the league next year.