‘They are not going to win it with two midfielders in defence’: Paul Merson believes Man City will struggle to win Champions League and backs Liverpool to come close to glory again

Manchester City will not win the Champions League with two midfielders playing at the back, according to Paul Merson.

Pep Guardiola has been deploying Rodri and Fernandinho at centre-back due to his current injury crisis at the back.

Aymeric Laporte is out with a cruciate ligament injury and not expected back until next year.

Merson thinks City badly need him back and told Sky Sports: ‘City are a very good team, but they are not going to win the Champions League, playing against the best teams in Europe, with two holding midfielders in defence.

‘They need Aymeric Laporte back. I thought Juventus would be one of the dangers, but I watched them the other night and they are not going to win it.’ 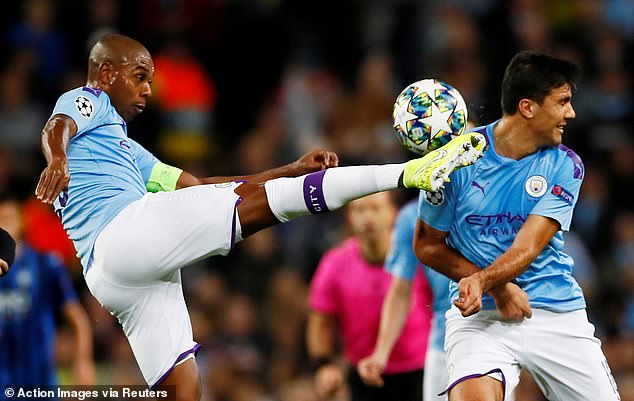 He went on to make further predictions: ‘When Bayern Munich rinsed Tottenham the other week, I didn’t think they were the team to beat. I didn’t think that at all if I’m being honest. I thought they looked quite open.

‘I still think Liverpool are the team to beat. They lost in the final two seasons ago and then won it last season. Who’s got better form than that?

‘They hardly ever lose at home, if ever. No one wants to go and play at Anfield. I still think Liverpool will be there or thereabouts come the end of the competition.’