The disappointment of losing at home to former club Juventus on Tuesday was not enough to stop Paul Pogba posing for a smiley photo with one of his old team-mates.

Shortly after the final whistle in Manchester United’s 1-0 defeat by the Italian side, Pogba was seen holding a Juventus gift bag while perched on an Old Trafford bath alongside Juan Cuadrado.

Cuadrado, who played with Pogba in Turin during the 2015-16 season, posted the snap on his personal Instagram account. 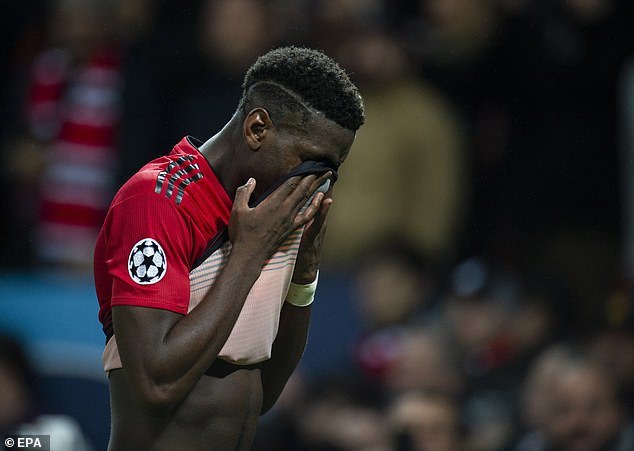 Cuadrado played 81 minutes for Juve, who made their mark on the Champions League group game in the first half when Paulo Dybala produced a composed finish inside the penalty area.

Pogba stayed on the pitch for the full game as United manager Jose Mourinho refused to make any substitutions despite seeing his side outplayed on home soil.

United’s defeat was made a little easier to stomach after Valencia failed to beat Young Boys earlier in the day.

Valencia’s 1-1 draw in Switzerland allowed United to remain second in Group H, but United’s place in the next round is still far from certain, with tough away trips to Juventus and Valencia still to navigate. 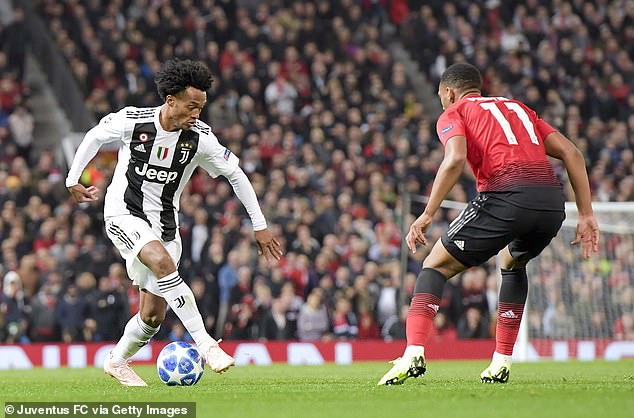