Pauline Hanson said Australia should follow Taiwan’s treatment of coronavirus and open up the country’s borders while keeping the elderly at home.

A steep rise in COVID-19 cases in Victoria has seen 96 new infections in the last five days and has generated fears of a second wave of the deadly disease spreading across the nation.

The increasing infection rates has left state health authorities in Queensland, South Australia and Western Australia wary of reopening their borders for travelers.

But the One Nation leader has backed Australian Minister for Finance Matthias Cormann ‘s call to reopen the borders to kick start the economy.

Hanson told the Today Show on Monday: ‘We’re losing $84million a day in our economy, 5,000 jobs a week and Queensland is the worst out of this losing $147million dollars a week.

‘We’ve got to live with this. You cannot just sit back and keep waiting in case a second wave comes and with 17,000 people a month coming into the country from overseas and a lot of these people possibly bringing the coronavirus with them, we just can’t keep the country locked down.

‘We have to open up the borders. We’ve got to kick start our economy otherwise we will never get it going again and have an economy that’s going to provide way of living or standard of living for people.

‘I heard the last poll that came in about 80% of Queenslanders wanted [borders] opened. I know a lot of people are scared about it, but we lost more people due to the flu last year than what we have with the coronavirus.’

Ms Hanson believes Australia should follow Taiwan’s lead after their successful campaign in dealing with the virus.

Taiwan has recorded just 446 cases of coronavirus and seven deaths from a population of 23.7million people.

The island nation effectively stemmed the spread of the virus through using artificial intelligence and linking data between their national health insurance and immigration and customs information to find potential infection risks in the community and force them into quarantine to prevent them from getting sick.

Ms Hanson said Australia should keep the elderly and those susceptible to contracting the disease at home while the nation reboots. 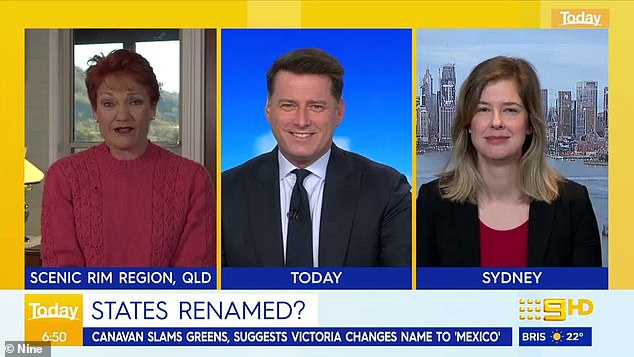 ‘Their economy is going fantastic. They have had less deaths than we have. We’ve got to handle this is a totally different way. We have to kick start our economy.

‘Those people with those health issues I suggest you keep yourselves in a safe place and don’t go out there until we are rid of the coronavirus.

‘But you can’t keep the country locked down until there’s no cases at all. It’s just ridiculous to do that.’

‘We have had particularly some concerns around family gatherings, extended family members across many households, visiting each other even when they have been exhibiting mild symptoms.’

Two clusters are driving the outbreak – a family that has 11 infections over nine households, and 13 contractors who worked at the Stamford Plaza hotel. 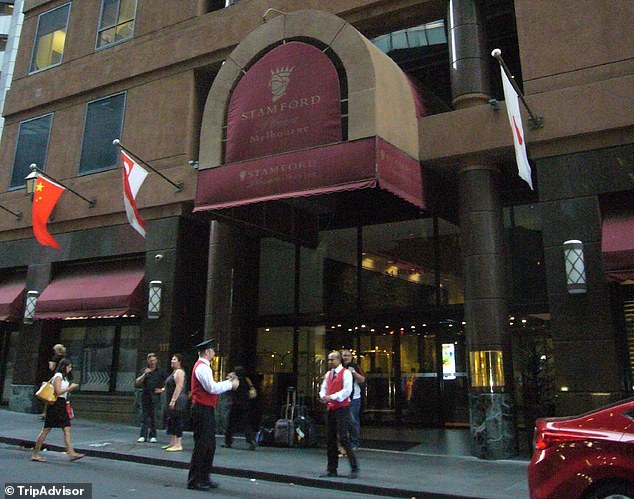 One of the outbreaks is 13 contractors who worked at the Stamford Plaza hotel (pictured) in Melbourne, with three new cases on Sunday

One of Sunday’s new cases was from the family outbreak and three were workers at the hotel. The other eight cases are under investigation.

All but one of Saturday’s 25 cases were local transmissions, including infections that health authorities are yet to trace to a source.

Victorian Premier Daniel Andrews was forced to reimpose restrictions within his state after the spike in cases.

From midnight on Sunday to July 12, Victorians will only be able to have five people at their homes. Outdoor gatherings will be restricted to 10.

Cafes, restaurants and pubs had been set to be allowed 50 patrons at one time on Monday, up from 20 currently. That will also be put on hold until July 12.

‘The experts tell us that, largely, the numbers are being driven by families – families having big get-togethers and not following the advice around distancing and hygiene.’ 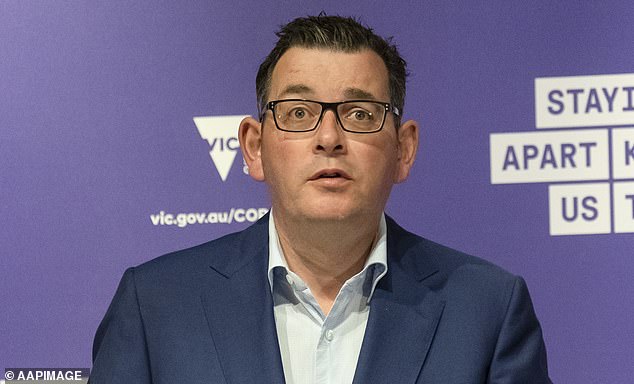 Mr Andrews said about half of the state’s cases since the end of April have come from transmission inside someone’s home.

‘You can see how this could happen. People feeling relaxed at home. Letting their guard down. Letting old habits creep back,’ he said.

The Premier also said he had spoken to Prime Minister Scott Morrison about the possibility of reintroducing a stay at home order to ensure Victorians follow the rules.

‘As we’ve seen across the world, this virus has the ability to turn a few cases into hundreds in a matter of days,’ Mr Andrews said.

‘That’s why we need to delay an increase to gathering limits in businesses and community facilities.’ 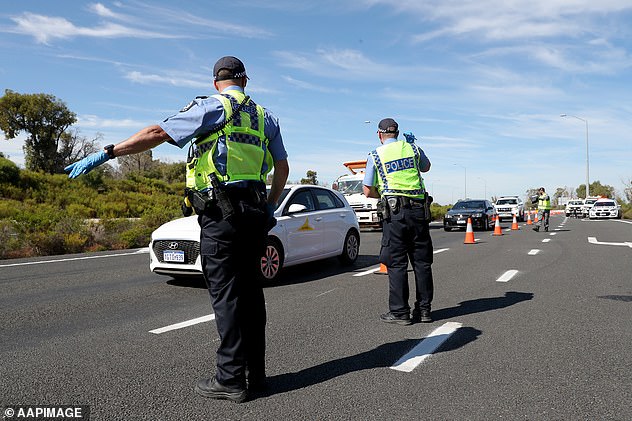 ‘Our number one priority is the health of South Australians.’ 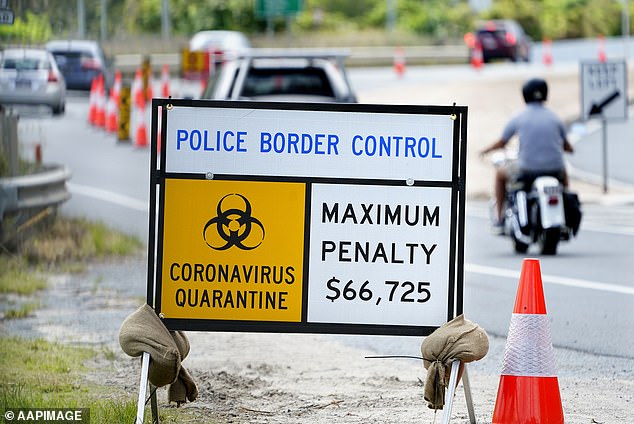 Queensland, South Australia and Western Australia are wary of opening their borders after Victoria’s recent spike in coronavirus cases  Pictured: signage on the Queensland and NSW border in April