Pauline Quirke spotted filming for Birds of a Feather

The show has enjoyed a resurgence in recent years, after the cast reunited in 2014 for three series and two Christmas specials.

And Pauline Quirke was back on set on Thursday to film new scenes for the Birds Of A Feather Christmas special, as she attempted to cycle away in style.

The 58-year-old was seen attempting to mount a bike for the scenes in Hertfordshire, with inevitably hilarious consequences.

Balancing act: Actress Pauline Quirke, 58, was seen attempting to stay aboard her bike on Thursday as she filmed scenes for the Birds of a Feather Christmas special

Pauline was all bundled up for filming at the police station, rocking an outlandish blue tasselled hat with a bright pink coat adding to the look.

After being seen chatting to a policeman outside the station, Pauline looked terrified as she mounted her vehicle of choice, though why she was at the police station remains unclear.

Pauline has been back on set this week the film the upcoming Birds of a Feather Christmas Special, set to air during the festive season.

Pauline has also been spotted filming scenes with her co-star Lesley Joseph, as the sitcom got rehearsals underway in London earlier in the week. 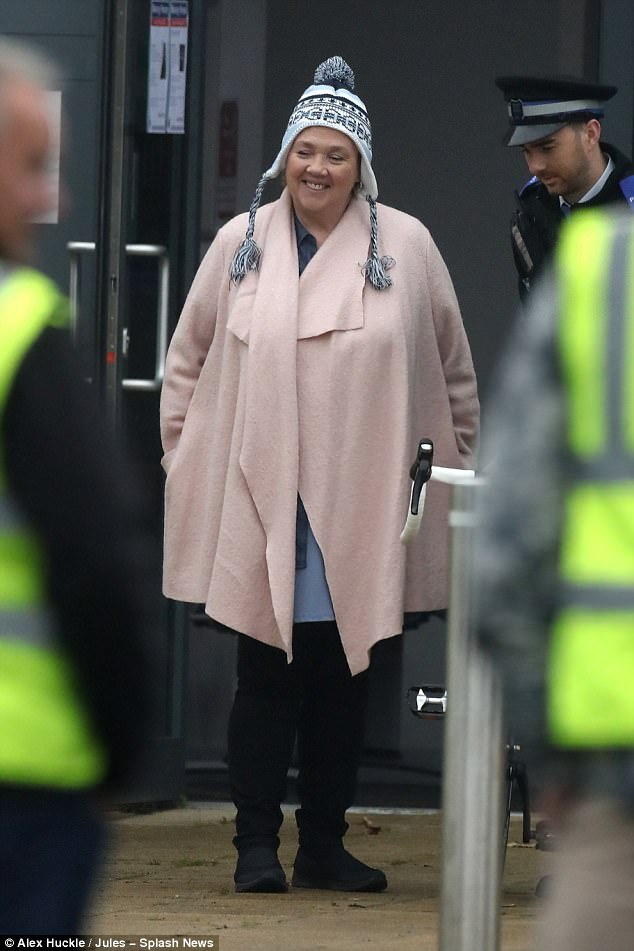 Wrapped up: The small screen star rocked an outlandish tasselled hat for the scenes in Hertfordshire, as well as an oversized pink coat 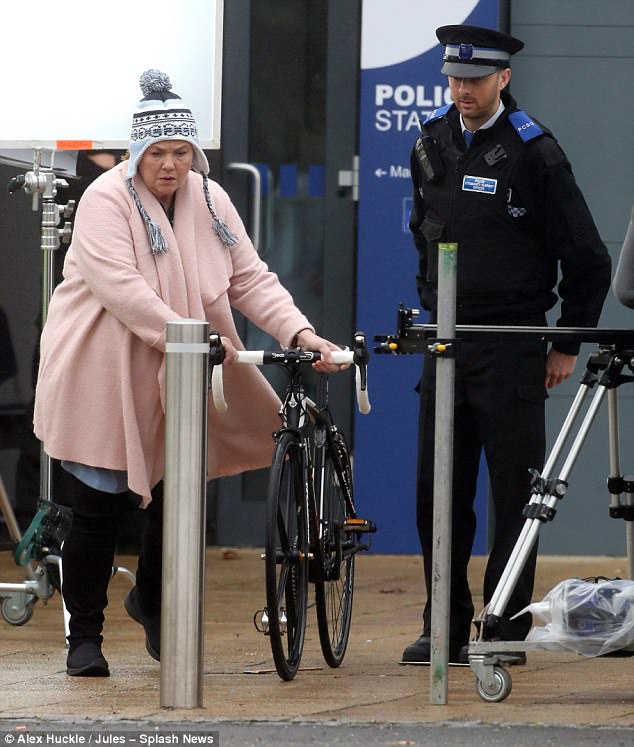 Hilarious: Pauline was seen attempting to mount her bike as a police officer looked on

The show enjoyed a renaissance in January 2014 when ITV bosses took over the beloved sitcom, which ended on the BBC in 1998 after nine years.

Speaking about the comeback, Lesley said: ‘It was a risk for ITV to do, it really was. They took it, they embraced it, they worked with us on it and they advertised it.

Last year’s Christmas special saw the trio fly to Morocco to find Tracey’s son but for this year’s festive episode the women are expected to stay in Essex.

Birds of a Feather sees sisters Tracey and Sharon move in together when their husbands are sent to prison for armed robbery.

Their flamboyant next door neighbour Dorien is a middle-aged Jewish woman who is constantly dating younger men. 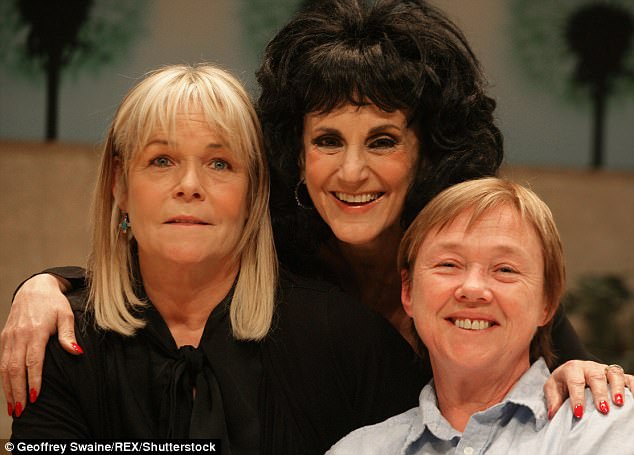 Back together: The cast reunited in 2014, and has since aired two Christmas specials and three new series