Gideon Goldstraw (pictured outside Manchester Crown Court), 48, was arrested after police spotted him using his mobile phone at the wheel of his car and discovered he was driving under the influence of cannabis

A TV extra who appeared in crime dramas Peaky Blinders and Ripper Street has avoided prison despite being unmasked as a drug dealer who sold cannabis cookies, cakes and sweets to his friends.

Gideon Goldstraw, 48, was arrested after police spotted him using his mobile phone at the wheel of his car and discovered he was driving under the influence of cannabis.

The bit-part actor, who also played a Manchester United football fan opposite Hollywood star Brian Cox in the 2011 Sir Matt Busby biopic Theatre of Dreams, had drug paraphernalia in his vehicle including 15 snap bags, scales and and a debtors book.

Police then found £1,200’s worth of cannabis, which was seized along with his mobile phone, containing almost 2,00 text messages related to drug dealing.

Goldstraw, of Chorlton, Manchester admitted drug dealing at Manchester Crown Court but claimed he started selling it to help reduce the effects of his father’s Parkinson’s Disease.

After he died in 2016 he claimed to have continued selling cannabis cookies, cakes and sweets as a ‘herbal remedy’ to help with his friends’ ailments. 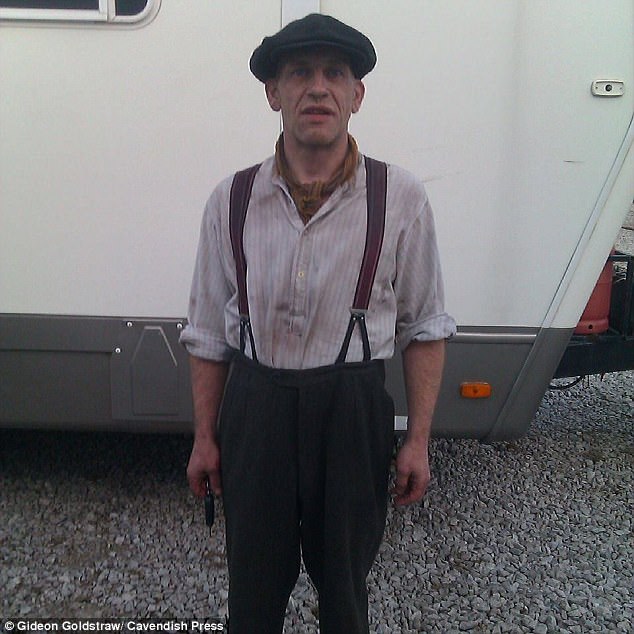 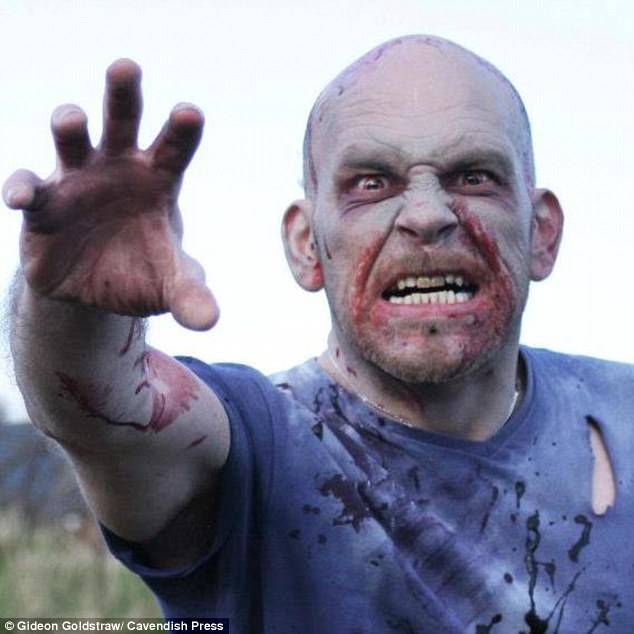 Police found £1,200’s worth of cannabis in the actor’s (pictured) car, which was seized along with his mobile phone, containing almost 2,00 text messages related to drug dealing

He was given an eight-month prison sentence, suspended for two years and was ordered to complete 200 hours of unpaid community work.

The married actor and musician has worked in Manchester as a standup comedian and played a zombie in a TV short and also worked as an MC in club in Ibiza.

He is believed to have appeared in the background of the third season of Peaky Blinders, which is filmed in Manchester and Cheshire.

He was detained at 2pm on June 27 last year after he was seen using his mobile phone whilst driving on the outskirts of Manchester.

Prosecuting, Stella Massey said: ‘He was pulled over and gave his name and admitted using his phone whilst driving. 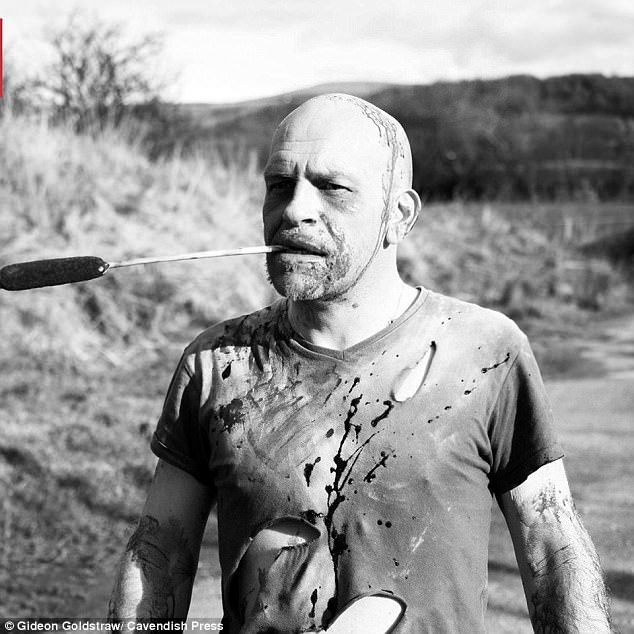 Goldstraw (pictured), of Chorlton, Manchester admitted drug dealing in court but claimed he started selling it to help reduce the effects of his father’s Parkinson’s Disease

‘The police officer could smell cannabis and he said he had used it the night before. A road side screening showed he was positive for cannabis.

‘The police officer searched the car and found several snap bags of cannabis, scales, pens, £300 in cash and a debtors book.

‘The defendant was further arrested at the police station and took place in a further screening which showed he had 2.8 micrograms of cannabis in his system.

‘216g of cannabis was seized from his vehicle with a street value of £1,000 to £2,000. Looking through his mobile phone police found 2,000 text messages with many concerning the supply of drugs.

‘When interviewed he admitted possession with intent to supply.

‘He said he used cannabis on a daily basis and he initially started buying it for his father who was suffering from Parkinson’s disease and subsequently died in 2016 and the cannabis seemed to help that condition but his father’s friends found out about it and started asking him for cannabis for their ailments.

‘He says he makes cookies and cakes as well as sweets and the previous day he had bought £800 worth which he had left in the car and was going to buy another £300 worth which explains the money found in the car.

‘The defendant told police that he usually buys £1,000 worth of cannabis at a time.’ 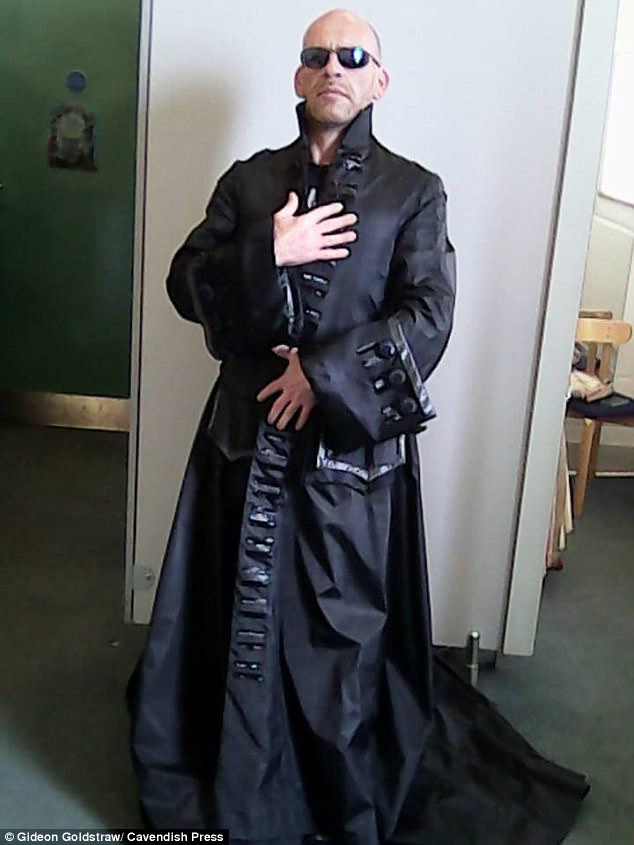 He was given an eight-month prison sentence, suspended for two years and was ordered to complete 200 hours of unpaid community work. Goldstraw is pictured dressed up for another extra role

Goldstraw was also ordered to pay £200 court costs and was disqualified from driving for 12 months.

Judge Anthony Cross QC told him: ‘The indication seems to be that you have been dealing for a considerable period of time but you have a home and you are in employment and in these circumstances I don’t see why you should add to the already large prison population.’

Defending, Adrian Palmer said: ‘The cannabis was originally used to treat his sick father and that is how this defendant started taking it.

‘Due to the amount of money it cost the defendant for petrol, snacks, that sort of thing, he gained no actual money from this. 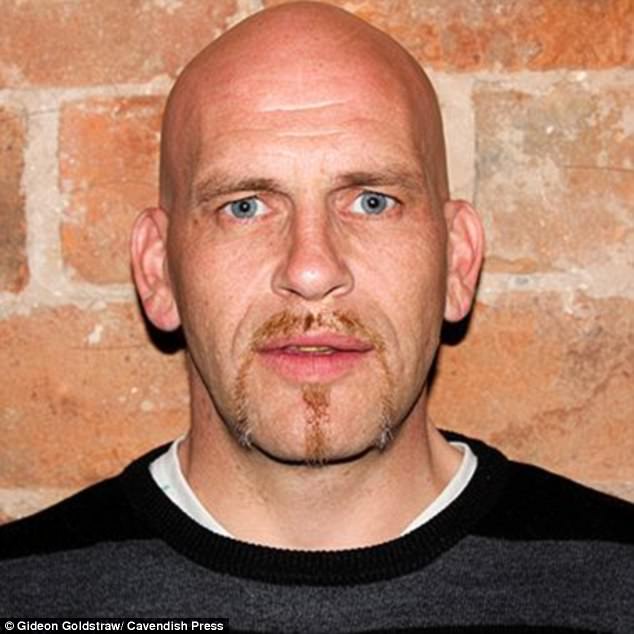 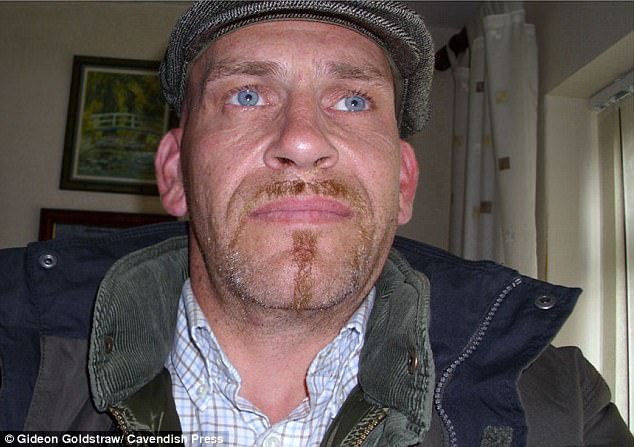 He is believed to have appeared in the background of the third season of Peaky Blinders, which is filmed in Manchester and Cheshire

‘The defendant would see friends who would ask for the drugs and he would keep a little for himself.

‘He made no profit from this. He works at a temp agency. He was previously out of work for six years looking after his father, who has now passed away.’

Goldstraw’s website reads: ‘He has always been an entertainer. While only 5’6’ his confidence fills the room on entering.

‘He has a very distinctive look, voice and unlimited energy. Gideon has a very infectious and positive outlook on life and a ‘Can do’ attitude towards all tasks.’

In October last year he announced on Facebook he had been made redundant.

His post read: ‘Made redundant today so if any one knows of any jobs pm me please.’ 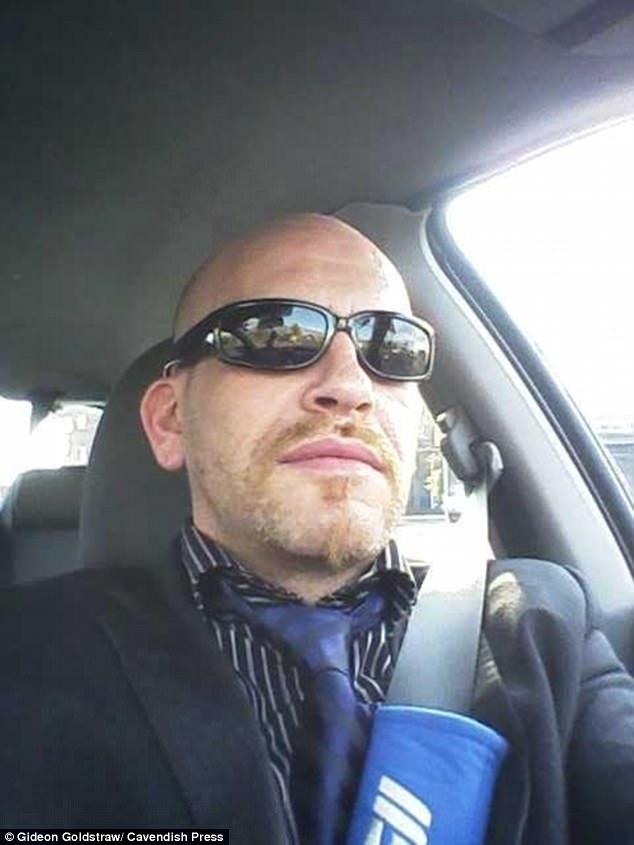